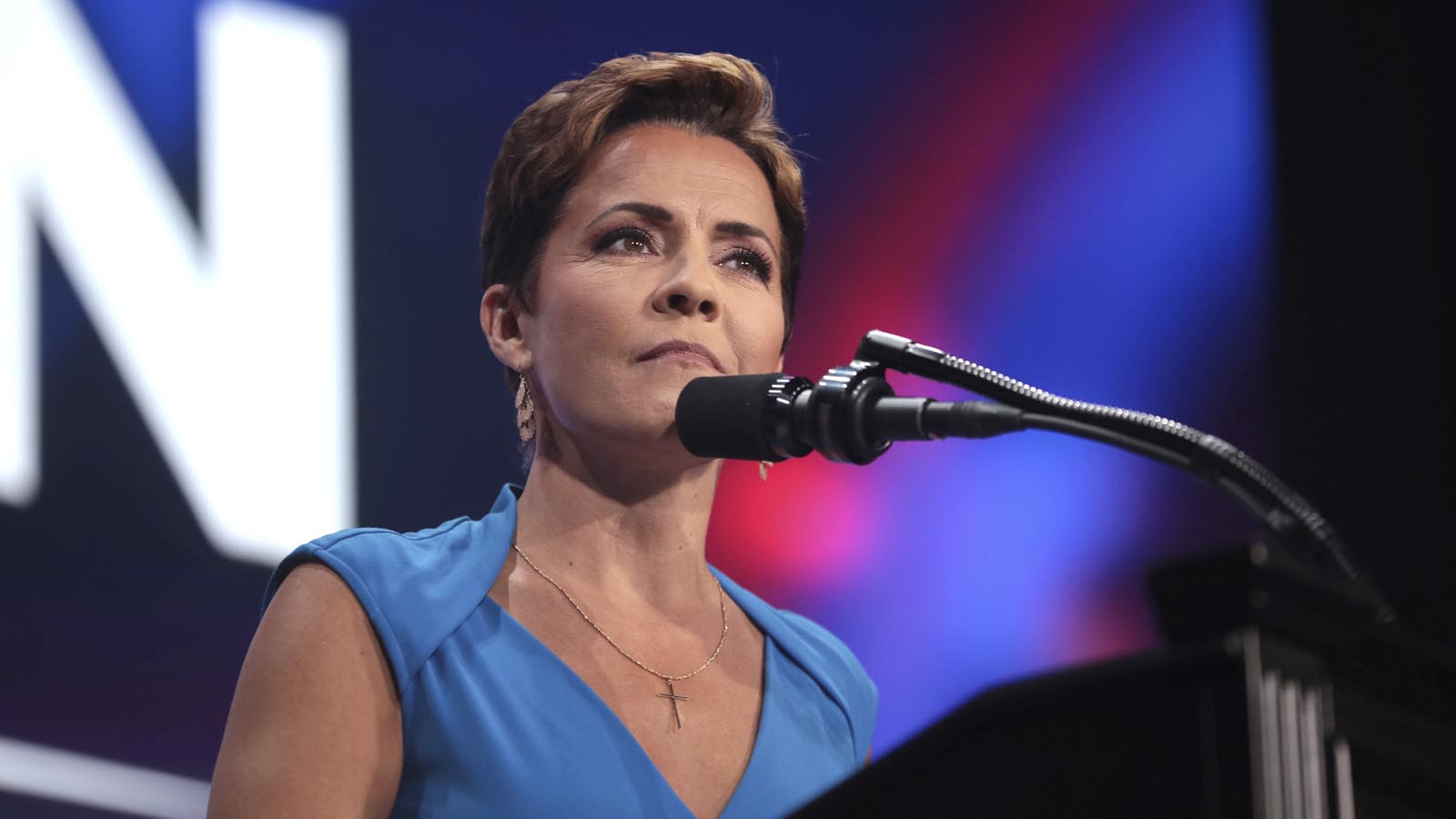 Republican Arizona gubernatorial candidate Kari Lake was removed from the audience at a town hall before her Democratic opponent Katie Hobbs took the stage, as Hobbs continues her refusal to debate Lake.

The former TV anchor was seated in the front row of the audience of a town hall where both candidates would separately get their time on the stage to receive questions, per a report from NBC News.

Lake was reportedly asked to leave the audience and remain in the holding room until it was her turn to come on stage. The request led Lake to ask if Hobbs, currently the state’s secretary of state, would actually come out and debate her onstage.

The town hall aired Saturday on Univision but was pre-recorded on Monday to allow for the candidates’ remarks to be dubbed from English to Spanish.

Lake slammed Hobbs for avoiding confrontation in reference to the report, saying in a tweet “This is really sad. The people of Arizona deserve better than this. They deserve a debate.” 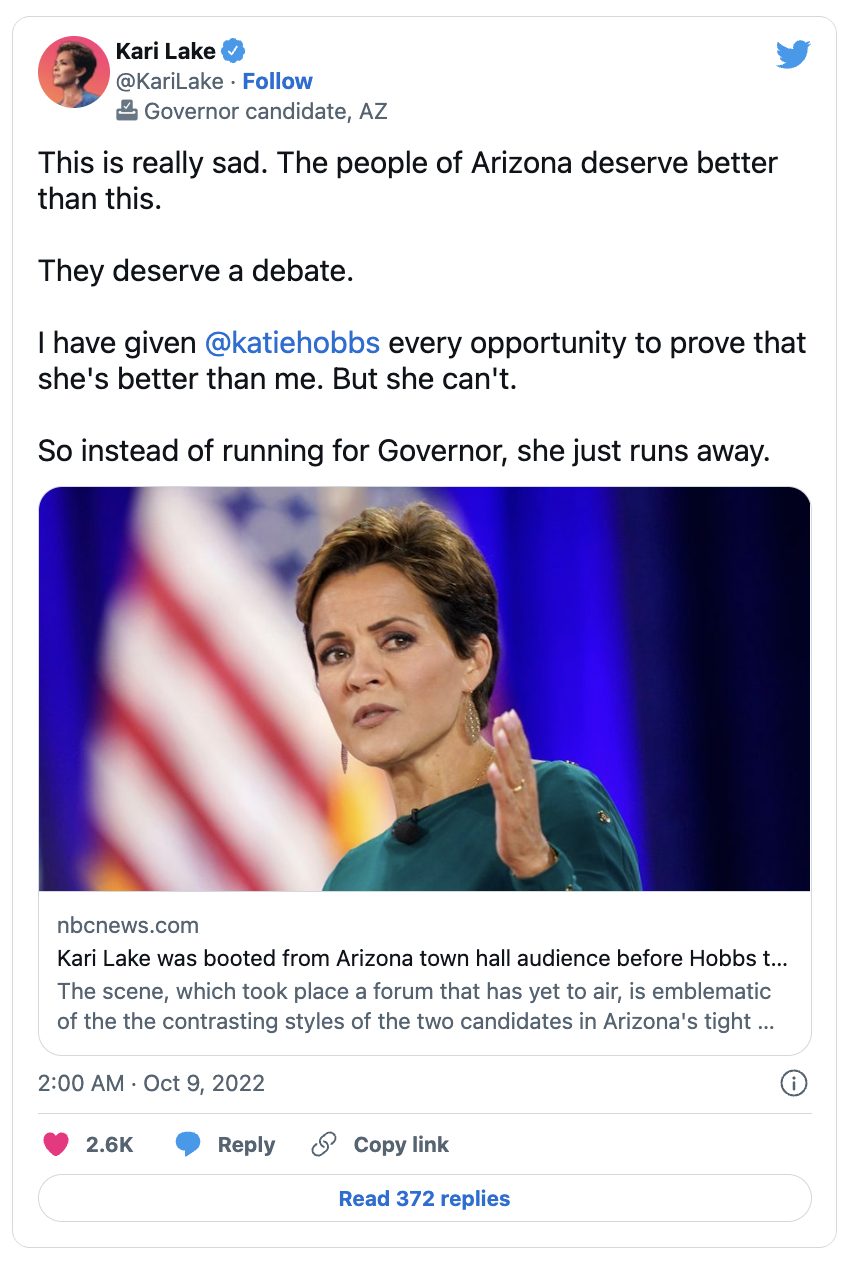 Hobbs has avoided debating Lake under claims that her opponent is a “conspiracy theorist” for questioning the results of the 2020 election. Hobbs also declined to debate her opponent in the Democratic primary.

Lake currently holds a 1.1-percentage-point lead over Hobbs in the Arizona gubernatorial race, according to the RealClearPolitics polling average. The website has rated the race as a “toss-up.”