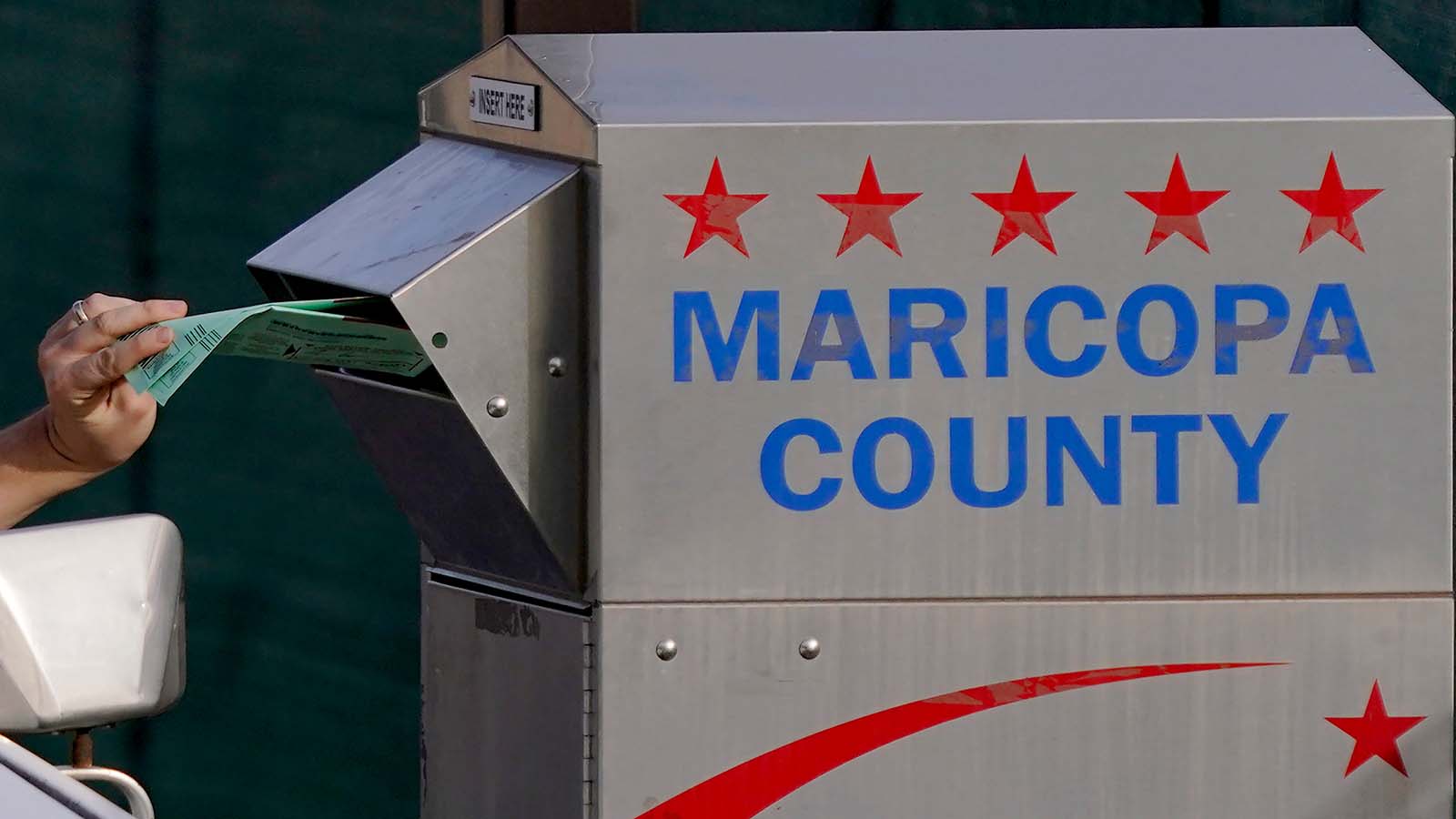 Arizona Republican Gubernatorial candidate Kari Lake’s legal team said Wednesday that a review of 113 randomly chosen ballots cast in the November election found that 48—or 42.5 percent—were invalid because they were “19-inch ballots produced on 20-inch paper.”

It’s kind of hard to contemplate that in such a high-tech world, ridiculous errors like this could still happen. You can’t get the ballot size right? Come on.

Lake lost to Democrat Secretary of State Katie Hobbs in the November election by less than 18,000 votes out of a total of over 2.5 million cast. 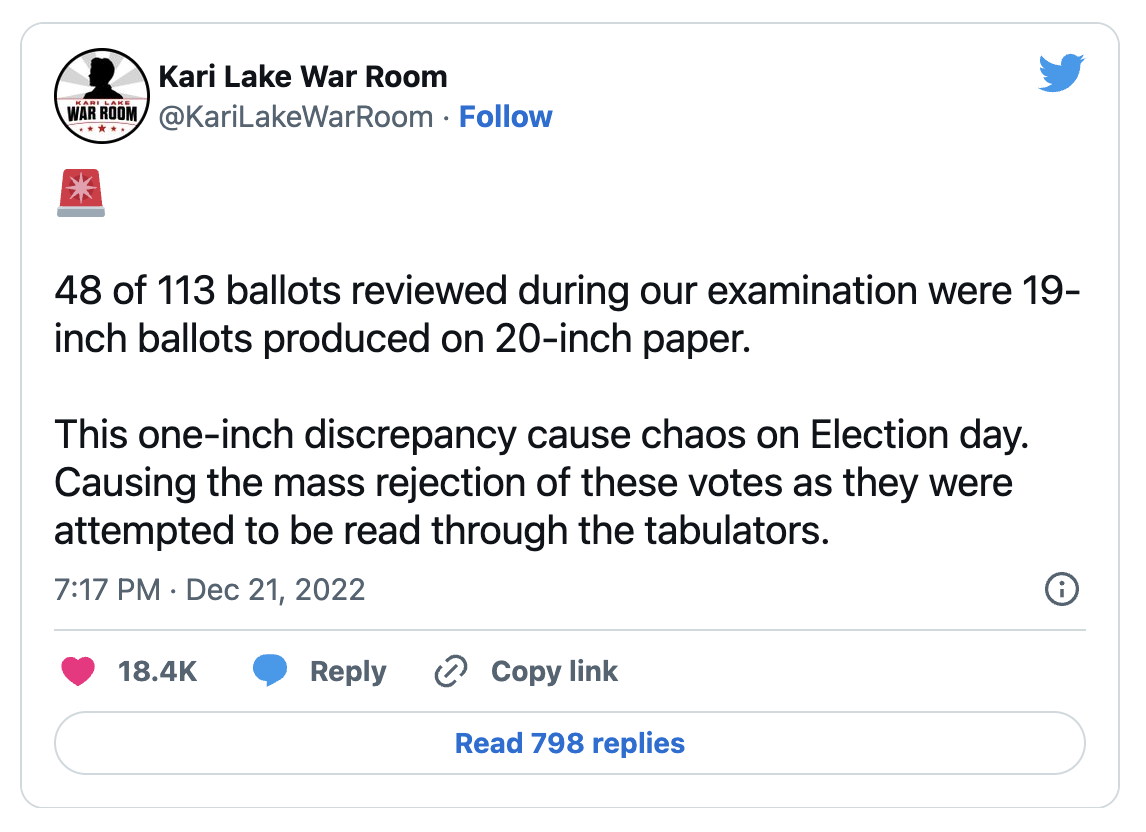 As we reported, Maricopa County Superior Court Judge Peter Thompson on Monday threw out eight of the ten claims in Lake’s December 9 lawsuit but allowed two to stand. The claims allege an intentional plot by officials to manipulate the election in favor of Hobbs. Thompson ordered a two-day trial which started Wednesday.

That a Maricopa County elections official intentionally caused ballot-on-demand printers to malfunction on Election Day, and that enough “identifiable” votes were lost to cost her the election.

That employees at Runbeck Election Services, the county’s ballot contractor, illegally added ballots of family members and that any failure by the county to maintain a proper chain of custody “was both intentional and did in fact result in a changed outcome.”

The incorrectly-sized ballots created havoc, Lake argued, and the errors were not accidental:

This Is how they disenfranchised Maricopa County voters on Election Day.

The ballots were designed to be unable to be read through the machines.

This wasn't an error. It was malice.

The process worked exactly as they intended it to. https://t.co/JcVmPmlqlh

Yesterday, we got great news–we’re taking these bastards to trial.

And I’m so excited. You know I ran against our own version of Joe Biden here, Katie Hobbs. Basement Hobbs. She ducked out on the debate, but she can’t duck out from taking the stand in our trial. She will have to take the stand. Katie Hobbs is gonna have to put her hand on the Bible and swear to tell the truth. That might be hard. That might be hard. And so is Stephen Richer, they’re going to have to swear to tell the truth. And I just want to remind them that perjury is a felony.

However, it does not appear as if Hobbs will actually take the stand, as Lake’s attorneys announced later that they had withdrawn their subpoena for her to testify.

The trial has adjourned for the day, but not before we got to see Maricopa County Elections Director Scott Jarrett act like the irregularities at the polls in November were no big deal:

He argues voters still had other options pic.twitter.com/WDyd79DgKY

This story is developing, and we will continue to keep you updated. In the meantime, couldn’t a child do better than this?