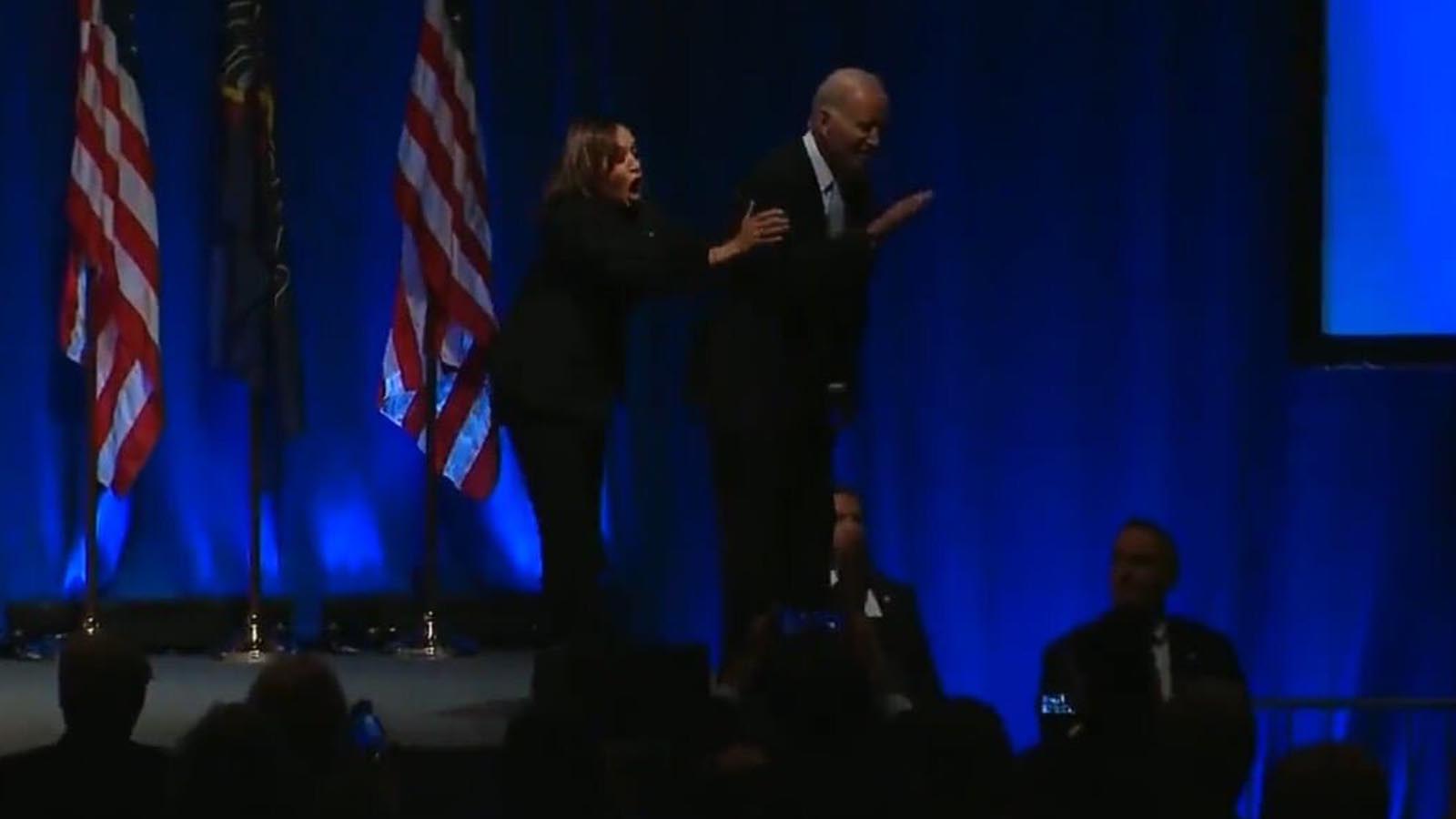 Joe Biden and Kamala Harris Friday evening appeared at a Democrat campaign event at the Philadelphia Convention Center in Pennsylvania.

The joint appearance was super awkward.

Kamala Harris had to keep old Joe from falling off the stage.

Someone (perhaps a child) caught Biden’s eye so he shuffled over to the edge of the stage and pretended he was going to jump.

Kamala Harris panicked when she thought Joe Biden was going to jump off the stage.

Harris grabbed Joe Biden and instructed him to back away from the edge, but he ignored her.

Biden eventually turned around and jogged away.

And the Democrat-media complex expects us to believe these two clowns got 81 million votes in 2020.

A step away from the presidency. If Kamala wanted to be president all she’d have had to do was to not stop him from walking off the edge. Awful. pic.twitter.com/GNev3DsRZD