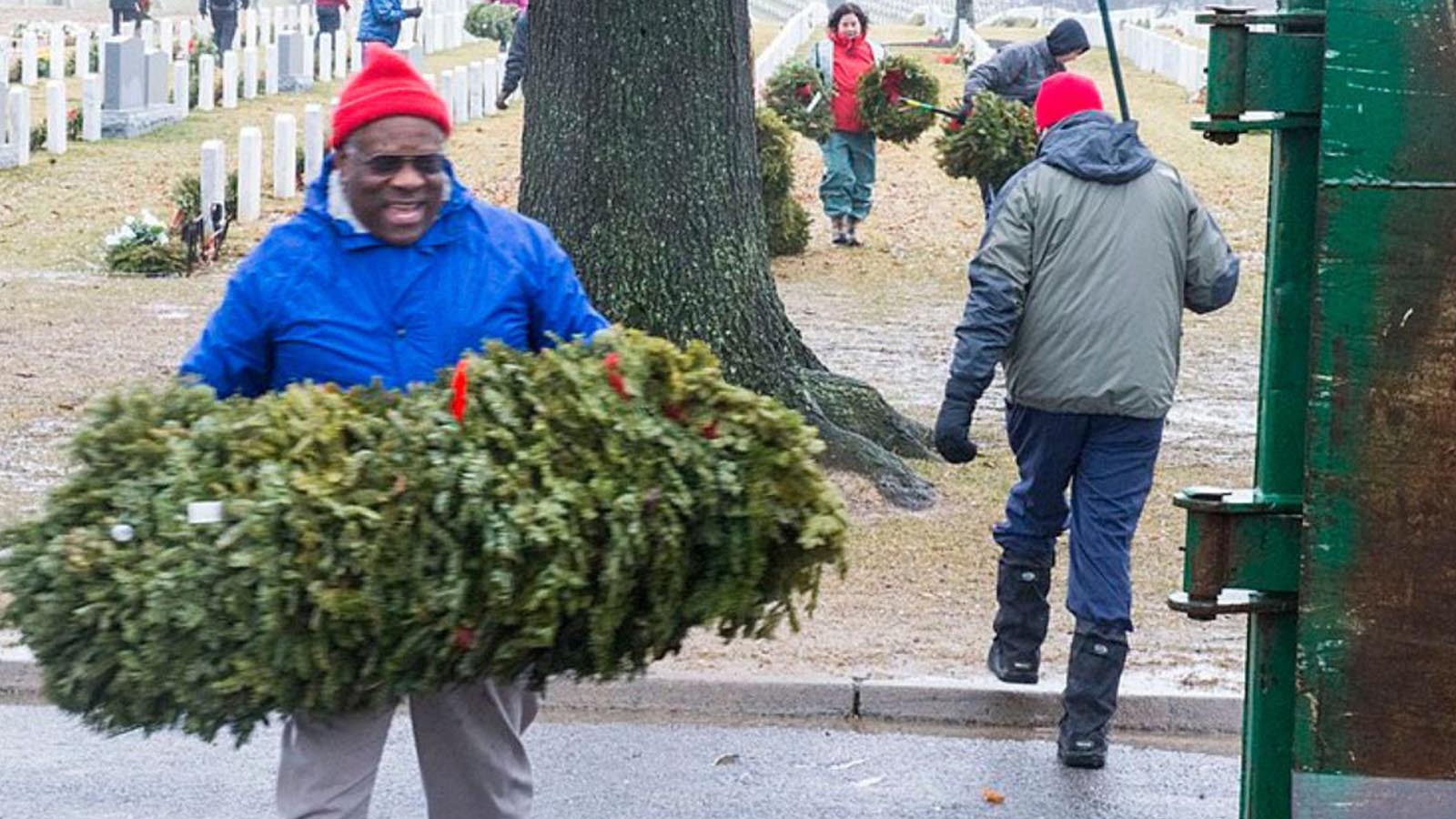 Supreme Court Justice Clarence Thomas was photographed over the weekend in an act of charity, quietly helping volunteers lay wreaths at Arlington National Cemetery on Saturday.

Journalist Emily Miller tweeted a now-viral photo of Thomas, who helped decorate gravestones with the nonprofit Wreaths Across America. 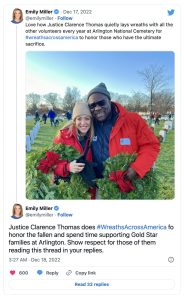 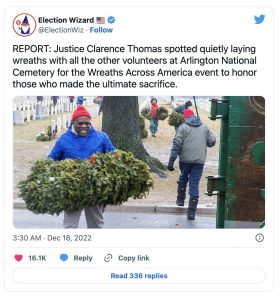 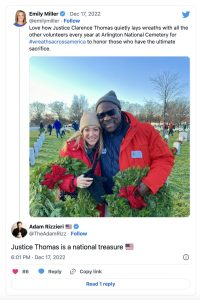 According to Miller, who has been volunteering since 2014, Thomas has regularly done this but keeps a low profile.

Every December since 2014, I have volunteered in this group to place the wreaths in Section 60 of Arlington. Wreaths Across America organizes volunteers and donors in order to put 259,000 wreaths on the graves of veterans and those who gave the ultimate sacrifice to their country.

The only people I’ve seen figure out who Justice Thomas really is during these events are the Gold Star family members he talks to honor and support them privately.

Know that his top-notch security detail was there and blended in well with the crowds. (Emily Posts News)

Following criticism, Miller addressed those who said he had a journalist post the photo for attention. She claims he is not aware she put it on social media, or that it went viral.

“After all these years on the bench, he doesn’t care about his media coverage,” Miller explained on her Substack. “He’s a principled man who tries to stay out of the spotlight. He doesn’t hang out at the Washington elite gatherings.”

I answered your false assumption with facts about Justice Clarence Thomas here https://t.co/MWDXFBdnqu