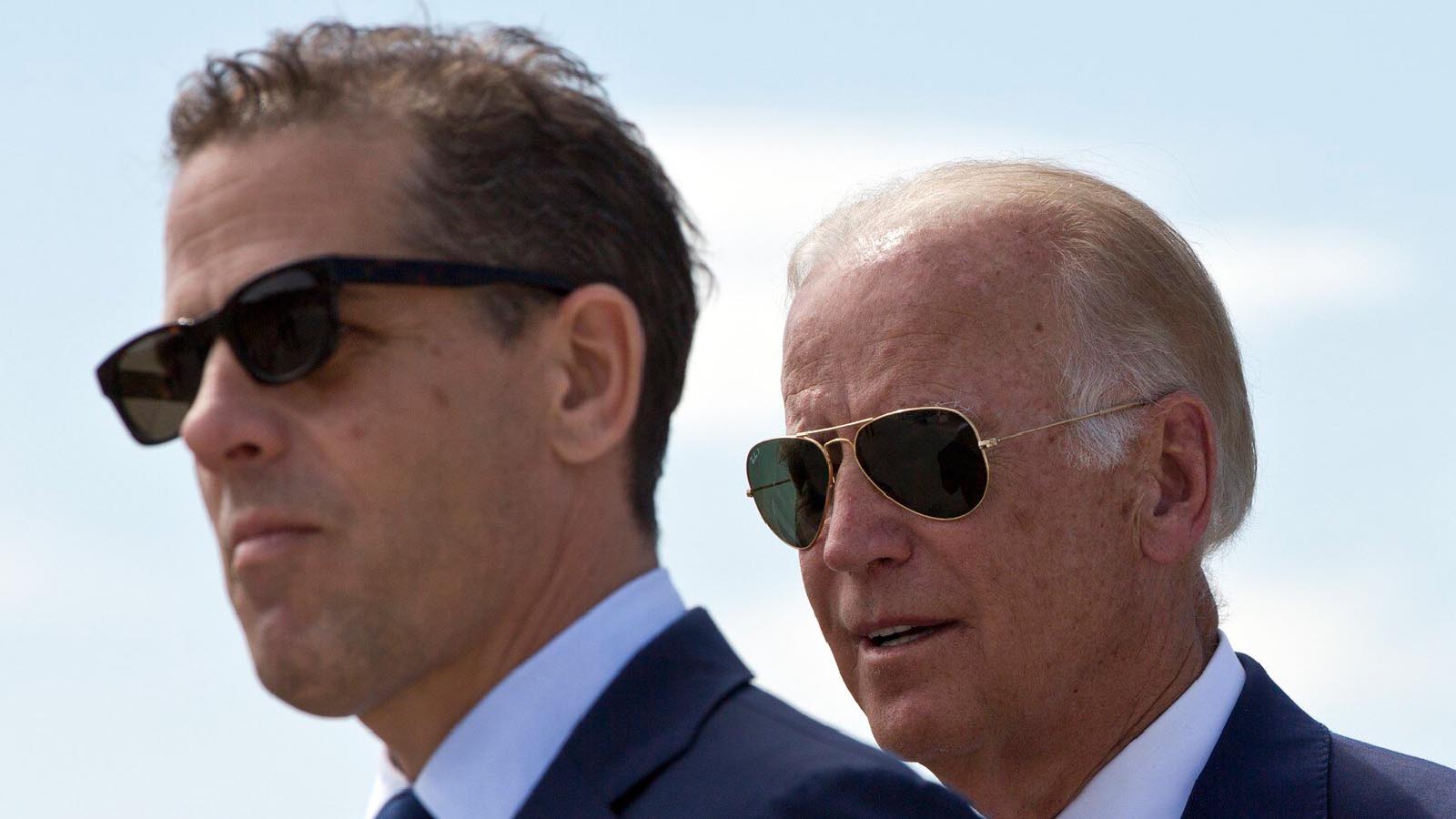 We saw the media do something very harmful when they sat on and suppressed the information about Hunter Biden’s laptop — something that was very important, but they did because they knew it would harm — and rightfully so — the political candidate that they preferred, Joe Biden.

Twitter was so desperate to stop the story, they even suspended the Twitter account of the New York Post, the oldest continuously published, U.S. daily newspaper, and blocked the URL of the story, suspending people who dared to share it. They even locked the account of White House Press Secretary Kayleigh McEnany, and locked the account of the Daily Caller’s Andrew Kerr for tweeting evidence that no, the laptop didn’t involve a hack. If you think about that, that was an unprecedented display of bias.

But on top of the bias of the media, you had a letter from 51 former intelligence officials including CIA Directors John Brennan, Leon Panetta, and Mike Hayden; former acting CIA Director Michael Morell, and former Director of National Intelligence James Clapper. The letter claimed that the laptop was likely Russian disinformation. They had no evidence to support that, mind you, and they said that in the letter. But they just wanted to share their biases with you and pretend like it was somehow worth something.

As former intelligence people, they could have gone to the least little bit of effort to determine the validity of the laptop — as the NY Post was able to do. The problem was they used the weight of their former positions to try to sway people in the election, without any evidence. But they didn’t care about that. So much for the reputation that any of them may have had.

But President Donald Trump isn’t leaving it there. He’s engaged attorney Tim Parlatore to take various actions regarding the intel letter. Parlatore has sent five letters to the agencies that had employed the 51 signatories to the letter, including the CIA, the NSA, the DNI, and the DOD, calling it an egregious breach that has gone “uninvestigated and certainly unpunished.” Parlatore termed it an “unauthorized publication and dissemination of an intelligence assessment, purportedly based on classified information, that was used wrongfully to influence the outcome of an election.” In other words, it wasn’t just the “word” of these people; they were using the weight of their prior positions to influence the election.

But Parlatore says they didn’t even check with their agencies to go through that process. “That would have destroyed the usefulness of the document,” Parlatore said. It would have delayed things past the election.

The letters state: “Leading up to the 2020 election, the New York Post published stunning revelations which were lawfully obtained from a laptop that formerly belonged to Hunter Biden, son of then-candidate Joe Biden.

“This information, which raises significant concerns about the financial dealings of a presidential candidate and his potential ties to our nation’s primary adversaries, China and Russia, threatened to undermine his candidacy.

“To undermine these revelations, 51 former intelligence officials … published an intelligence assessment in the form of a letter for dissemination to the American people through the news media. This letter purportedly relied on the combined and established credibility of these intelligence officials, through collective experience and knowledge of intelligence information, including classified material, to assess that the laptop was not authentic and ‘has all the classic earmarks of a Russian information operation.’

“Over a year after the election, it is conceded that the laptop and its contents are authentic, and the judgment espoused by these 51 former intelligence officials is baseless and false. Yet, the implications of this breach continue. Media outlets used this purportedly credible intelligence assessment as a justification to not report on the story. Some polls show that up to 17% of people who voted for President Biden would not have if they knew about the contents of the laptop at the time.”

Parlatore urges each agency to “proceed immediately with legal action to [ensure] that such breaches of vital security provisions do not continue to go unchecked.”

He’s calling for their security clearances to be stripped, and for them not to be allowed to get intel jobs again.

Parlatore’s second step is filing a letter with the FEC, asking that the intel letter be recognized as an “in-kind contribution” to the Biden campaign.

Then his next step would be filing legal action against the 51, trying to expose any communication between them and the Biden campaign.

As the NY Post observes, Joe Biden cited the intel letter as support for his claim that this was “Russian” disinformation against him. This was even though he knew that the information was real, that he knew that that the particular story that was suppressed — of Joe meeting with Hunter’s Ukrainian business partner — was true. Biden was lying to the American people during that debate, relying on the intel letter.

Then-AG Bill Barr said he was “very disturbed” by the obvious lie from Biden, “When you’re talking about interference in an election, I can’t think of anything more than that kind of thing.”

Good that there will now be action on this. This impacted the election, and was used by Biden and others to attack the truth. Biden deceived the public using it. There needs to be accountability. This should also be followed by more action in Congress, once the Republicans take it back. These people need to answer for this.