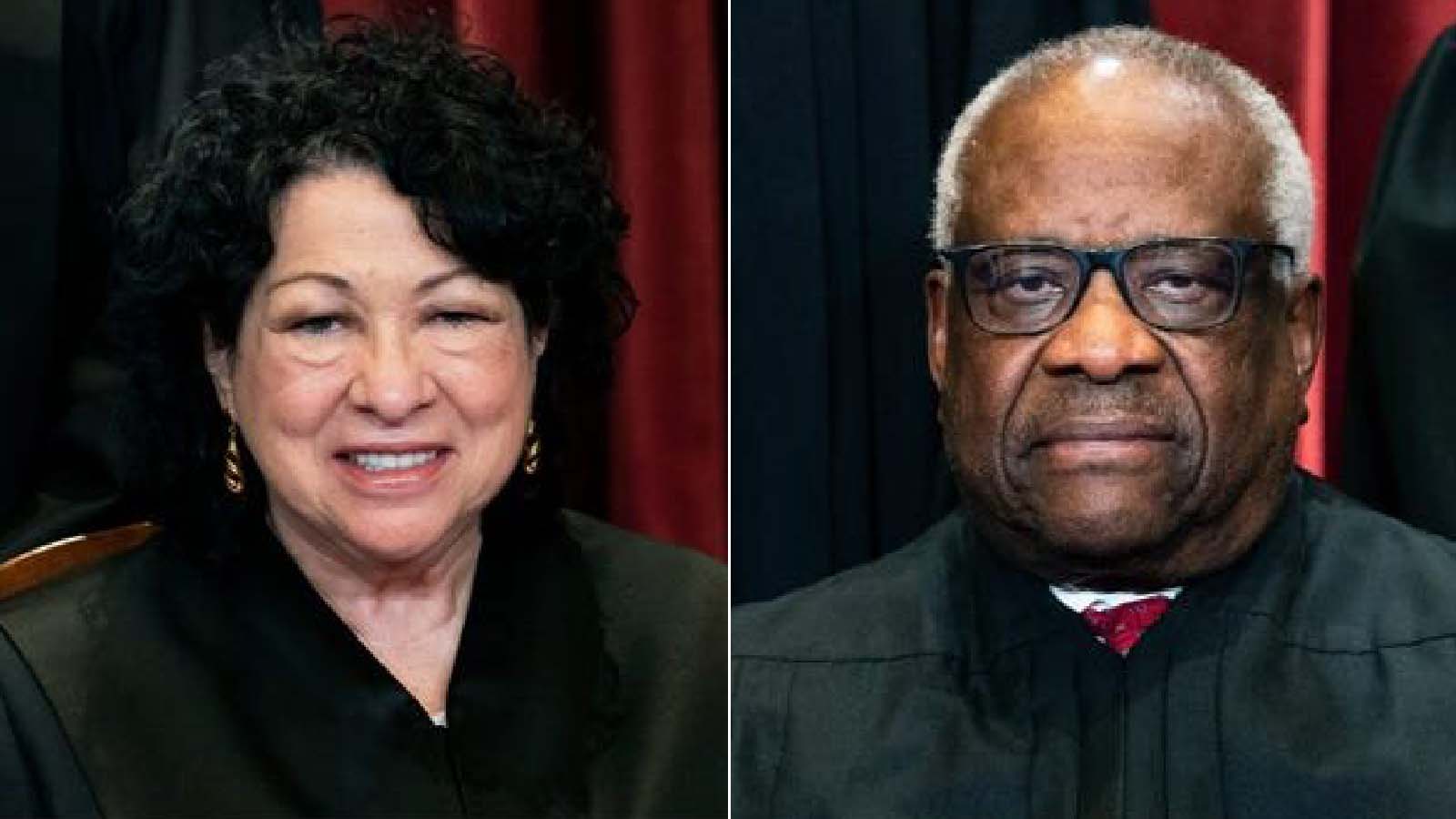 Supreme Court Justice Sonia Sotomayor on Thursday praised fellow Justice Clarence Thomas for his dedication to the high court’s integrity in light of recent protests and threats that were made against the institution.

Speaking at the American Constitution Society, Sotomayor, who was nominated by former President Barack Obama, said Thomas is a “man who cares deeply about the court as an institution.”

And while the two often disagree in their opinions, Sotomayor said she and Thomas have a “common understanding about people and kindness towards them,” adding, “Justice Thomas is the one justice in the building that literally knows every employee’s name, every one of them. And not only does he know their names, he remembers their families’ names and histories.”

“He’s the first one who will go up to someone when you’re walking with him and say, ‘Is your son okay? How’s your daughter doing in college?’ He’s the first one that, when my stepfather died, sent me flowers in Florida,” Sotomayor added of Thomas, who was nominated by former President George H.W. Bush.

Her comments come as the Supreme Court remains poised to release decisions on several high-profile cases, including potentially overturning Roe v. Wade. The Supreme Court will also soon issue a ruling in a New York gun rights case that could expand the scope of protection afforded under the Constitution’s Second Amendment—the first major decision on a gun-rights case in more than a decade.

Several weeks ago, the Supreme Court confirmed that a staffer may have leaked a majority opinion signaling that the court will indeed overturn Roe v. Wade, triggering a cascade of protests as well as threats against the institution.

An armed individual was arrested outside the Maryland home of Justice Brett Kavanaugh last week. The suspect allegedly told investigators that he was planning to kill Kavanaugh because he believed the justice would side with rulings to overturn Roe v. Wade and would side to expand gun rights in the United States.

“We are becoming addicted to wanting particular outcomes, not living with the outcomes we don’t like,” Thomas said after the draft was leaked. “We can’t be an institution that can be bullied into giving you just the outcomes you want. The events from earlier this week are a symptom of that.”

Later, Thomas commented on the leak, saying that “I do think that what happened at the court is tremendously bad.”

“I wonder how long we’re going to have these institutions at the rate we’re undermining them,” Thomas continued, adding that there is a “different attitude of the young” in how they view institutions and the rule of law.