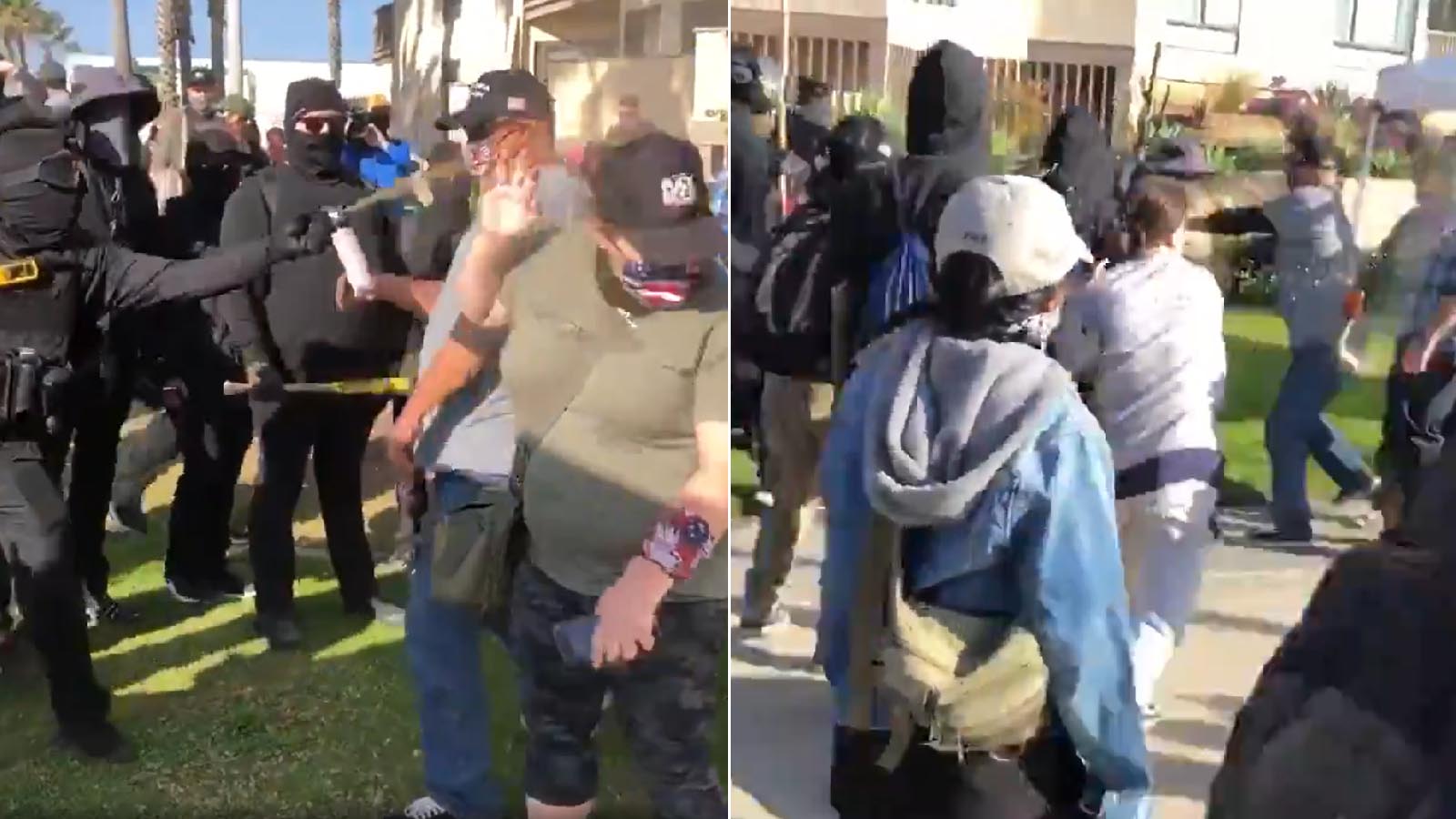 In January 2021, a mob of Antifa terrorists assaulted a small group of Trump supporters in San Diego, California.

Antifa goons attacked the Trump supporters with pepper-spray after a verbal confrontation escalated on the boardwalk in Pacific Beach.

#breaking trump supporters clash with BLM and antifa on the boardwalk in PB. Heavy police presence some fights and scuffles. Pepper spray etc (not from pd). @fox5sandiego pic.twitter.com/SrMjWnISlZ

According to the San Diego Tribune, there was a heavy police presence on the boardwalk and law enforcement declared the gathering “unlawful” by early afternoon on January 10, 2021.

The indictment actually calls out Antifa by name and alleges all defendants “are all affiliated with Antifa” and used “force, fear, and violence to further their interests and suppress the interests of others.”

A grand jury has indicted 11 people for allegedly attacking demonstrators during a march held in Pacific Beach last year by supporters of then-President Donald Trump, according to the San Diego County District Attorney’s Office.

Prosecutors say 29 felony counts have been filed against the defendants, including conspiracy to commit a riot, use of tear gas and assault with a deadly weapon, stemming from the Jan. 9, 2021, clash at a “Patriot March,” which was ultimately declared an unlawful assembly by San Diego police.

According to the indictment, the defendants responded to social media posts calling for “counterprotesting” about one week prior to Jan. 9, then showed up in Pacific Beach “dressed in black clothing, and armed with weapons and protective gear.”

Police and prosecutors allege that two counter-protest groups from San Diego and Los Angeles gathered at the event and attacked people perceived to be members of the “Patriot March” group. Some specific acts of which the defendants are accused include throwing a wooden lawn chair at a woman and striking her, hitting someone with a baseball bat, hitting someone with a flagpole, and attacking people with tear gas and a stun gun..”

The indictment was returned following 13 days of testimony heard by the grand jury, according to the D.A.’s Office.

All of the defendants pleaded not guilty.