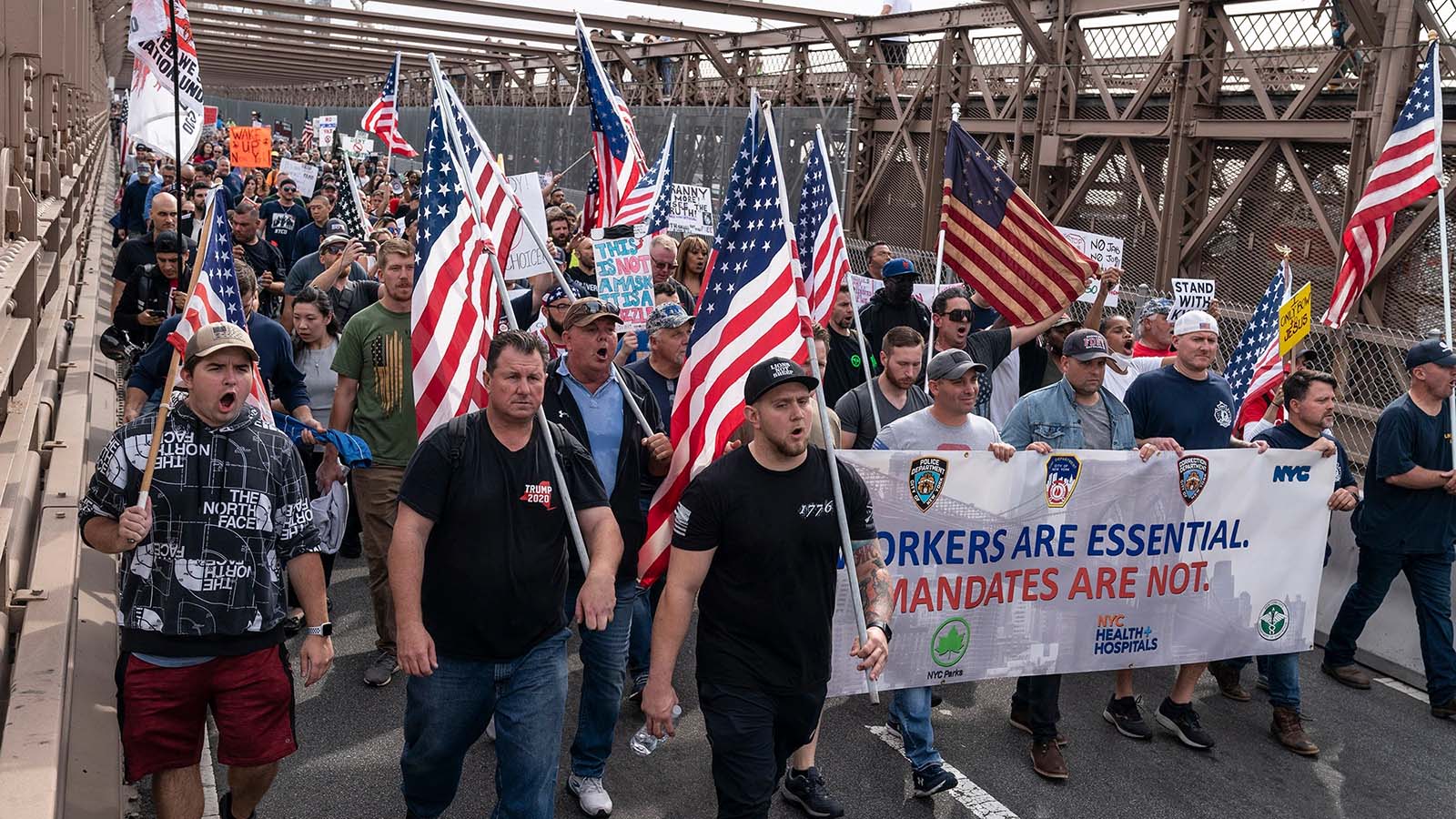 New York City’s controversial COVID-19 vaccine mandate for municipal workers was enacted illegally and employees who were fired for refusing to comply must be immediately reinstated with back pay, a state judge has ruled.

“It is time for the City of New York to do what is right and what is just,” Staten Island Supreme Court Justice Ralph Porzio wrote in a decision made public Tuesday.

More than 1,750 city workers were fired for refusing to get vaccinated, including 36 members of the NYPD and more than 950 Department of Education employees.

Chokshi also violated the workers’ “substantive and procedural due process rights” and didn’t have “the power and authority to permanently exclude [them] from their workplace,” Porzio said.

And Chokshi’s order, another that extended the mandate to private employers and a related executive order issued by Mayor Eric Adams were “arbitrary and capricious” in violation of state law, the judge said. Adams’ March 24 executive order exempted athletes and performing artists from the vaccine mandate.

“The vaccination mandate for City employees was not just about safety and public health; it was about compliance,” Porzio wrote.

Porzio also noted the Big Apple’s “nearly 80% vaccination rate” before saying that “we shouldn’t be penalizing the people who showed up to work, at great risk to themselves and their families, while we were locked down.”

The ruling came in response to a suit filed earlier this year by 16 former Sanitation Department workers who were fired in February for refusing to get vaccinated and only applies to them.

But the ex-employees’ lawyer, Chad LaVeglia, said that “every city employee who has been terminated because of the mandate could bring civil actions against the city.”

“Litigation involving the other city employees would cost the city at least hundreds of millions—in taxpayer funds of course,” LaVeglia said.

In his decision, Porzio sald that the former sanitation workers “all claim, and provided laboratory documentation, that they have natural immunity to Covid-19 from prior infection(s).”

Porzio said experience from the pandemic has shown that the protections provided by vaccinations are “not absolute,” with breakthrough infections occurring “even for those who have been vaccinated and boosted.”

But he added that his ruling “is not a commentary on the efficacy of vaccination, but about how we are treating our first responders, the ones who worked day-to-day through the height of the pandemic.”

“They worked without protective gear. They were infected with Covid-19, creating natural immunity,” he wrote.

“They continued working full duty while their exemption requests were pending. They were terminated and are willing to come back to work for the City that cast them aside.”

In his decision, Porzio also cited President Biden’s recent assertion that the pandemic was “over” and Gov. Kathy Hochul’s Sept. 12 announcement that she wouldn’t extend New York’s pandemic-related state of emergency.

Under terms of the ruling, dated Monday, the fired sanitation workers were to be “reinstated to their full employment status” as of 6 a.m. Tuesday.

They’re also “entitled to back pay in salary from the date of termination” and were directed to submit a proposed judgment against the city by Nov. 10.

The city Law Department said it had filed papers seeking to reverse Porzio’s decision, which automatically blocked his order to reinstate the fired workers.

“The city strongly disagrees with this ruling as the mandate is firmly grounded in law and is critical to New Yorkers’ public health,” a Law Department spokesperson said.

“We have already filed an appeal. In the meantime, the mandate remains in place as this ruling pertains solely to the individual petitioners in this case. We continue to review the court’s decision, which conflicts with numerous other rulings already upholding the mandate.”

“The pendulum has swung toward our direction and at this point, I think the city is appealing it simply because the back pay and the lawsuits that will follow will be more expensive than the appeal,” he said.

“It’ll go to the Court of Appeals and they have not been pro-mandate. You don’t just get to make the rules.”