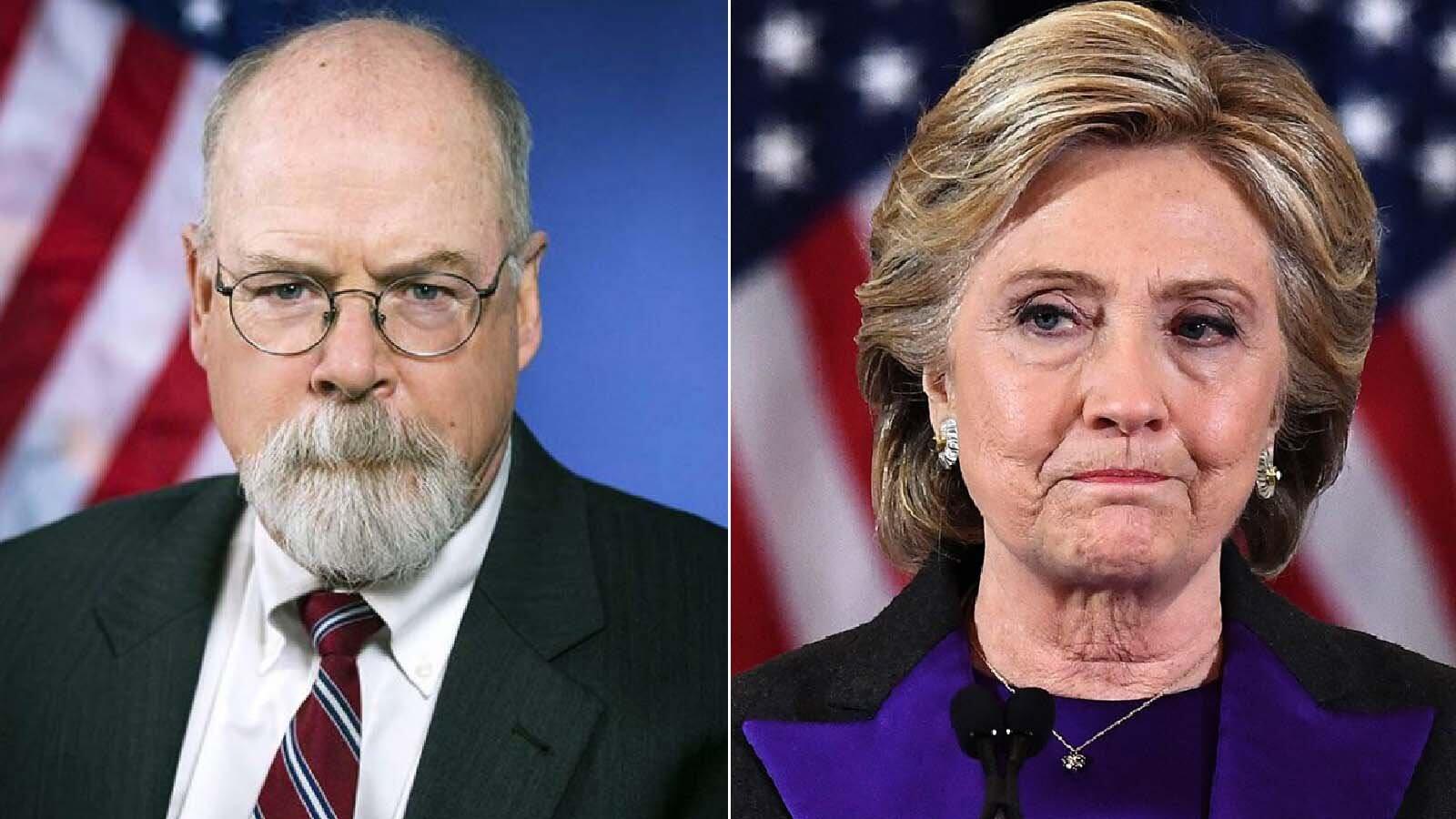 The judge in the case against Democratic cybersecurity lawyer Michael Sussmann ruled that John Durham’s team may review two dozen emails improperly withheld following Clinton campaign claims of attorney-client privilege — but the special counsel cannot use the records at next week’s trial.

Sussmann was indicted on charges of concealing his clients, the Clinton campaign and tech executive Rodney Joffe, from FBI general counsel James Baker when he pushed eventually debunked claims of a secret back channel between the Trump Organization and Russia’s Alfa-Bank.

Judge Christopher Cooper agreed to review more than three dozen records from the opposition research firm Fusion GPS to see if they had been improperly concealed.

Cooper found that Fusion “had no valid basis to withhold 22 of the 38 emails, but that it has met its burden to establish privilege over the remaining 16.”

He said the 22 improperly withheld emails “mostly involve internal communications among Fusion GPS employees.” He directed Fusion to provide Durham with the documents by Monday.

But Cooper’s new ruling came with a catch — Durham will not be allowed to use the emails at the trial slated to begin next week.

The judge said negotiations between Durham and Fusion “ended in January 2022 — yet the Special Counsel waited to file this motion until … just over a month before trial was set to begin.”

Cooper said “allowing the Special Counsel to use these documents at trial would prejudice Mr. Sussmann’s defense.”

The judge said Durham served his first subpoena on Fusion in March 2021 and that this privilege motion wasn’t made until April 2022. Cooper said he “generally agrees with the defense that the government waited too long to compel production of the withheld emails.”

The Clinton campaign, the Democratic National Committee, Fusion, and the Perkins Coie law firm fought Durham’s efforts to compel the handing over of withheld documents. Durham is insisting those groups played a coordinated role in pushing false collusion claims.

Durham believed that based on Fusion’s privilege log entries, the concealed emails likely related to Fusion’s efforts to push Alfa-Bank claims to the press, which Durham argued constituted opposition research and media activity not covered by privilege.

The 38 emails and attachments were among 1,500 documents Fusion withheld from Durham following grand jury subpoenas.

British ex-spy Christopher Steele created a discredited dossier on then-candidate Donald Trump after being hired by Fusion, which was itself hired by Perkins and Marc Elias, the general counsel for Clinton’s campaign.

The special counsel noted Fusion claims were pushed to the media, State Department, Justice Department, Congress, and elsewhere, which “resulted in numerous media articles” before and after the 2016 election. Fusion also drafted one of the “white papers” Sussmann gave Baker, according to the special counsel.

“The Court has no reason to question Mr. Elias’s declaration that Perkins Coie retained Fusion to assist in his provision of legal advice to the Clinton Campaign, or that one aspect of his advice to the campaign was assessing the risk of potential defamation claims resulting from its public statements,” the judge said, but “it is clear that Fusion employees also interacted with the press as part of an affirmative media relations effort by the Clinton Campaign.”

The judge said Fusion’s media effort “included pitching certain stories, providing information on background, and answering reporters’ questions” and concluded that “some of the emails at issue — including internal Fusion GPS discussions about the underlying data and emails circulating draft versions of one of the background white papers that was ultimately provided to the press and the FBI — relate directly to that undertaking.”

The judge continued that “because these emails appear not to have been written in anticipation of litigation but rather as part of ordinary media-relations work, they are not entitled to attorney work-product protection.”

Cooper noted, “The attorney-client privilege also does not apply.”

The judge added in a footnote that he rejected Durham’s “invitation to find a wholesale waiver of attorney-client and work-product protections.” The special counsel had attempted that by citing the publication of a 2019 book by Fusion’s co-founders and Steele’s testimony to a British court in 2020, with the court asserting that “neither of these revelations appear to divulge actual privileged content” and “the privilege may only be waived by the client” — the Clinton campaign. Cooper said he “additionally rejects the government’s contention that Fusion’s communications with the press waive all related, internal communications on the same subject.”

Fusion co-founders Glenn Simpson and Peter Fritsch wrote in their 2019 book that they met with Elias in April 2016.

Fritsch told Elias, “We think you guys will really want to pay attention to the Russia angle.”

Earlier this month, the judge quoted an email Fritsch sent to a reporter in October 2016 in which he said to “do the f****** Alfa bank secret comms story.”

The FBI, CIA, special counsel Robert Mueller, a bipartisan Senate Intelligence Committee investigation, and Durham’s team have all cast doubt on or shot down the Alfa-Bank claims.

Durham also plans to call Fusion’s “tech maven,” Laura Seago, to testify, including on Fusion’s role in a white paper Sussmann pushed to the FBI.

The judge ruled Thursday that privilege had been properly asserted over the eight emails related to this and rejected Durham’s efforts.

Cooper claimed that Seago’s “involvement related to the technical analysis of the data, which would naturally inform Mr. Sussmann’s advice to his client about the data” and that “it is irrelevant that she was retained by Mr. Elias as opposed to Mr. Joffe or Mr. Sussmann.”