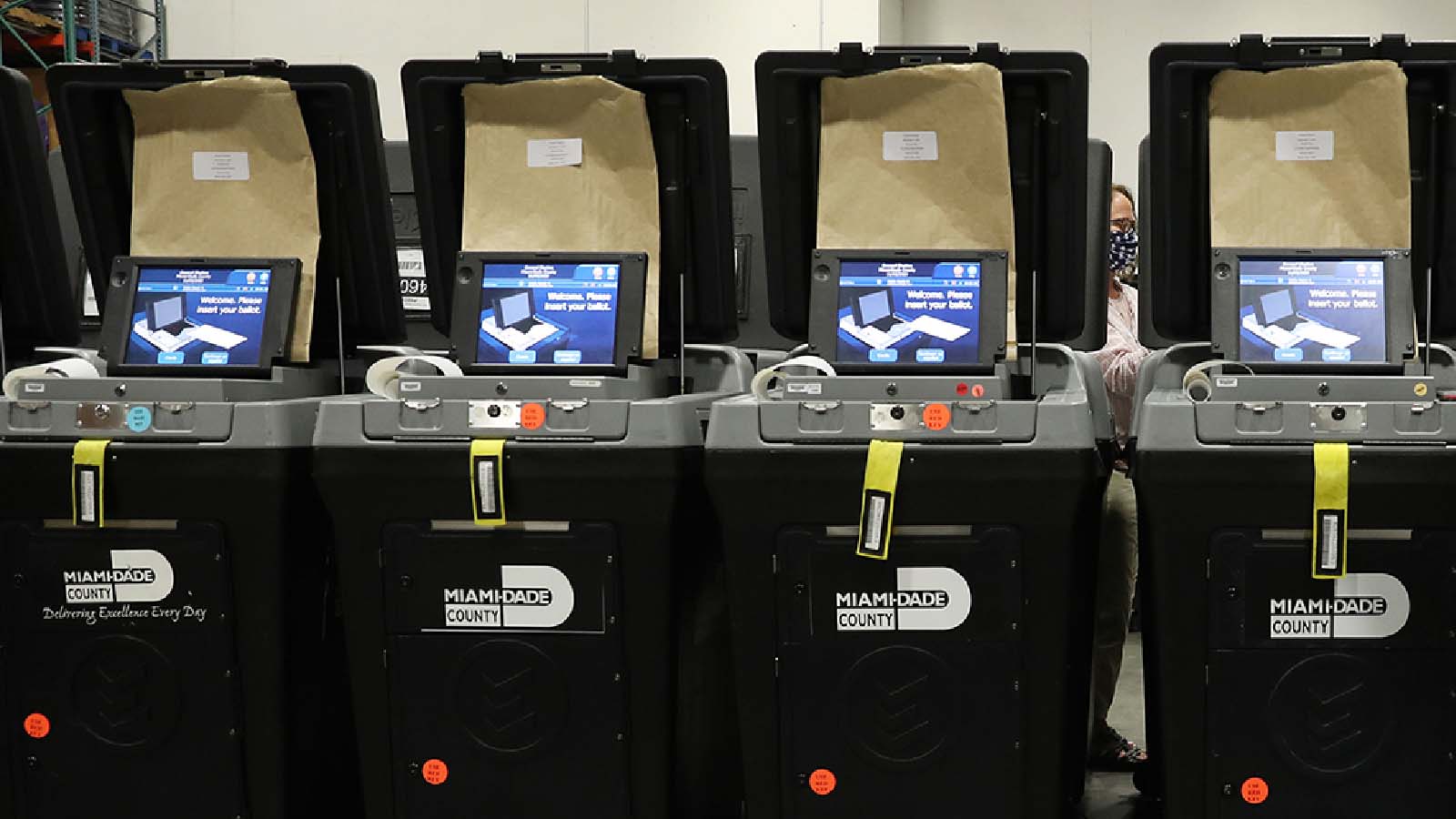 A judge in Delaware on Thursday ruled that a defamation lawsuit against Newsmax filed by Dominion Voting Systems can proceed, with the firm accusing the conservative media company of purposely spreading lies about its voting technology in the 2020 election.

Judge Eric Davis in the Superior Court of Delaware denied a motion from Newsmax to dismiss the case, saying the company “knew the allegations were probably false” about the voting technology and “there were enough signs indicating the statements were not true to infer Newsmax’s intent to avoid the truth.”

“Given that Newsmax apparently refused to report contrary evidence, including evidence from the Department of Justice, the allegations support the reasonable inference that Newsmax intended to keep Dominion’s side of the story out of the mainstream,” Davis wrote in his opinion.

Dominion Voting Systems filed lawsuits in August against Newsmax and One America News, as well as Patrick Byrne, the former CEO of Overstock.com, alleging defamation.

After the election, Powell was a frequent guest on Newsmax, telling the “Greg Kelly Reports” show in one interview that there was a “systematic problem with the Dominion machines,” according to the complaint filed by Dominion Voting Systems.

“We know Dominion has a long history of rigging elections. That’s what it was created to do to begin with,” she said in another appearance in late 2020, according to the complaint.

The voting systems company said other guests on Newsmax also spread false election claims and individuals affiliated with the outlet tweeted that Dominion technology had helped to steal the election, according to Dominion’s complaint.

In a statement to The Hill after the lawsuit was filed in August, Newsmax said Dominion’s defamation suit was a “clear attempt to squelch such reporting and undermine a free press.”

Dominion Voting Systems said that while Newsmax ratings spiked 145 percent in December 2020 compared to 2019, Dominion was negatively impacted. The company said it had to spend $600,000 on private security because of threats and another $700,000 combating the disinformation claims.

Defamation suits have to prove “actual malice,” meaning someone intentionally spread claims they knew were false or spread them “with reckless disregard of whether it was false or not.”

In its motion, Newsmax argued the standard of actual malice had not been set and that they were defended by a legal doctrine that allows journalists to report on newsworthy allegations by individuals.

However, Dominion accuses Newsmax of avoiding evidence put out by the Department of Justice in December 2020 that debunked the false election claims, asserting that “Newsmax’s broadcasts went beyond the neutral reportage privilege.”

“The Complaint supports the reasonable inference that Newsmax either knew its statements about Dominion’s role in the election fraud were false or had a high degree of awareness that they were false,” the judge wrote.