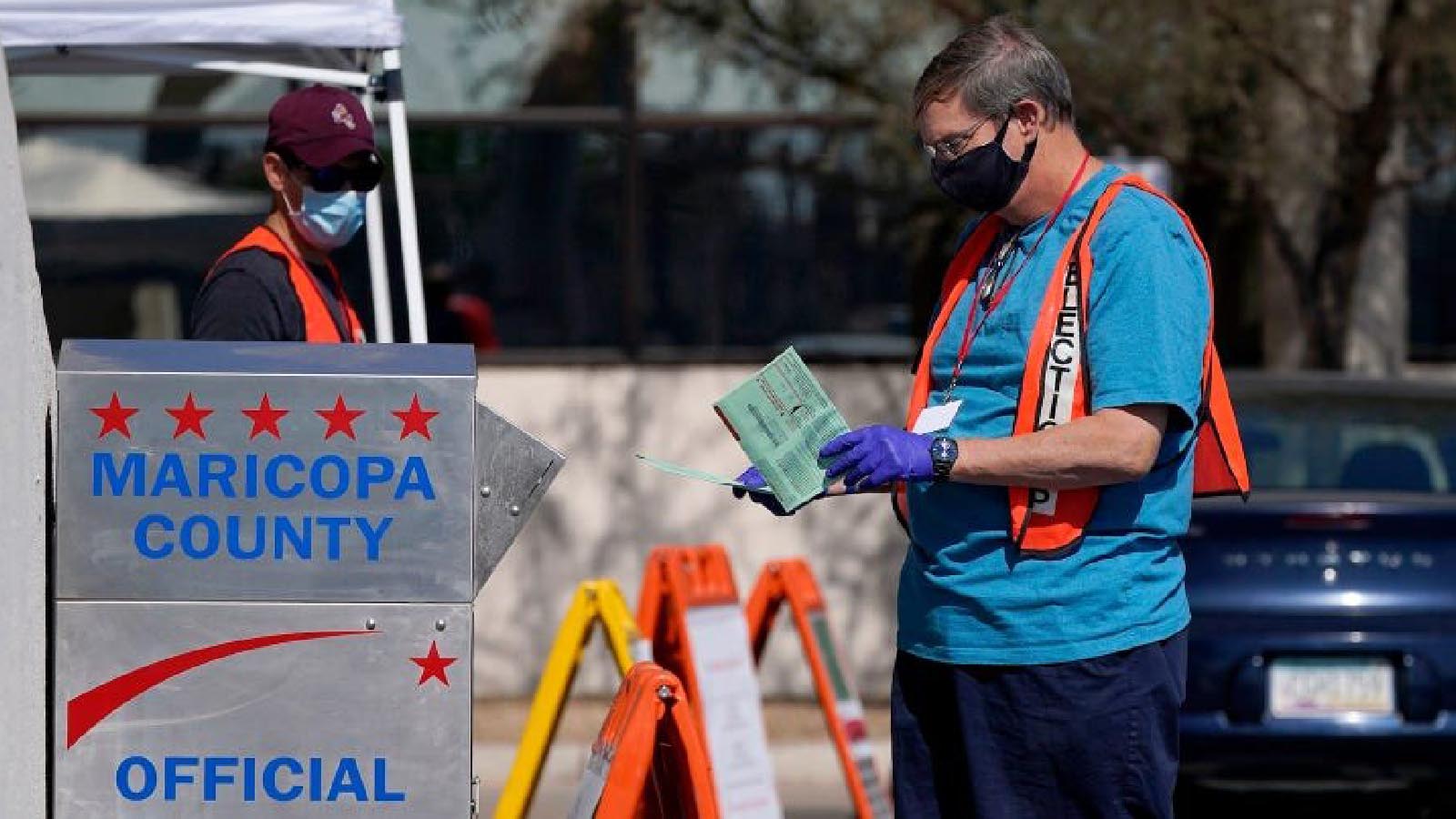 A judge has ruled that Arizona’s legislature is within its constitutional rights to allow “no-excuse” mail-in ballots, denying the state GOP’s legal challenge ahead of the 2022 midterm elections.

“Defendants for the past thirty years have applied the laws of Arizona as written,” Jantzen wrote in his ruling (pdf). “The laws are far from perfect and nobody anticipated thirty years ago that approximately 90 percent of Arizona voters would vote by mail-in ballot during a pandemic, but these laws are NOT in violation of the Arizona Constitution.”

No-excuse mail-in ballots “are not inapposite of the intentions of the framers of the Constitution,” he added.

The Arizona GOP signalled their intention to “explore their next steps” following the ruling, including to appeal it in a higher court.

Election integrity in Arizona has been pressing issue since the 2020 general elections, the results of which have been vigorously disputed. In 2020, around 89 percent of voters voted by mail before election day.

“The Republican Party of Arizona, under Chairwoman Dr. Kelli Ward, is concerned that if this ruling stands, Arizona’s most vulnerable voters will be deprived of the protections to which they are constitutionally entitled,” the Arizona GOP said in a statement on Monday.

The Arizona GOP said it seeks to restore mail-in ballots for the “sick, elderly, and other absentee voters” to ensure they have the constitutionally guaranteed protection of election officials safeguarding their votes from “ballot traffickers.”

“We are sorry that the most vulnerable voters of Arizona will not receive the protections to which they are constitutionally entitled if this ruling stands—people who truly cannot make it to the polls versus those who find convenience voting in the comfort of their homes,” said Alex Kolodin, the attorney representing the case.

Our statement on today’s ruling of "No-Excuse" Mail-in Voting. pic.twitter.com/NBSyh4nGqm

The Arizona GOP argues that a lack of chain of custody “when a voter votes by mail under our current system” exposes the election system to weakness. They also argue that there is no possible way to ensure the secrecy of a ballot cast by mail.

Ballot secrecy is a key pillar of the state’s mail-in ballot laws, which Jantzen noted in his written ruling.

The language of the state constitution does not prohibit mail-in ballots yet does allow new laws concerning voting to be passed as long as secrecy in voting is preserved, Jantzen wrote.

He noted that mail-in voting began in Arizona in 1918 “to allow people that could not get to the polls, mostly military people, an opportunity to vote.”

“These laws mandated the mail-in voter keep his ballot private, so the legislature had the right to write election laws in 1918 that maintained secrecy, and they did so,” Jantzen wrote.

On June 4, Ward, who has been challenging the no-excuse mail-in voter system, said on Twitter, “I want voting to occur in person and on Election Day, don’t you?”

The Arizona legislature approved no-excuse mail-in voting in 1991, and it became effective on Jan. 1, 1992. The law states that early ballots must be returned in envelopes “of a type that does not reveal the voter’s selections or political party affiliation and that is tamper evident when properly sealed.”

Mail-in ballots must be folded and sealed in an envelope, Jantzen noted, along with an affidavit, in a way “so as to conceal the vote.” They are then either delivered, mailed, or deposited by the voter or the voter’s agent “at any polling place in the county.”

A state Supreme Court appeal by Ward that challenged ballot boxes and remote voting was already rejected in April, Just The News reported.