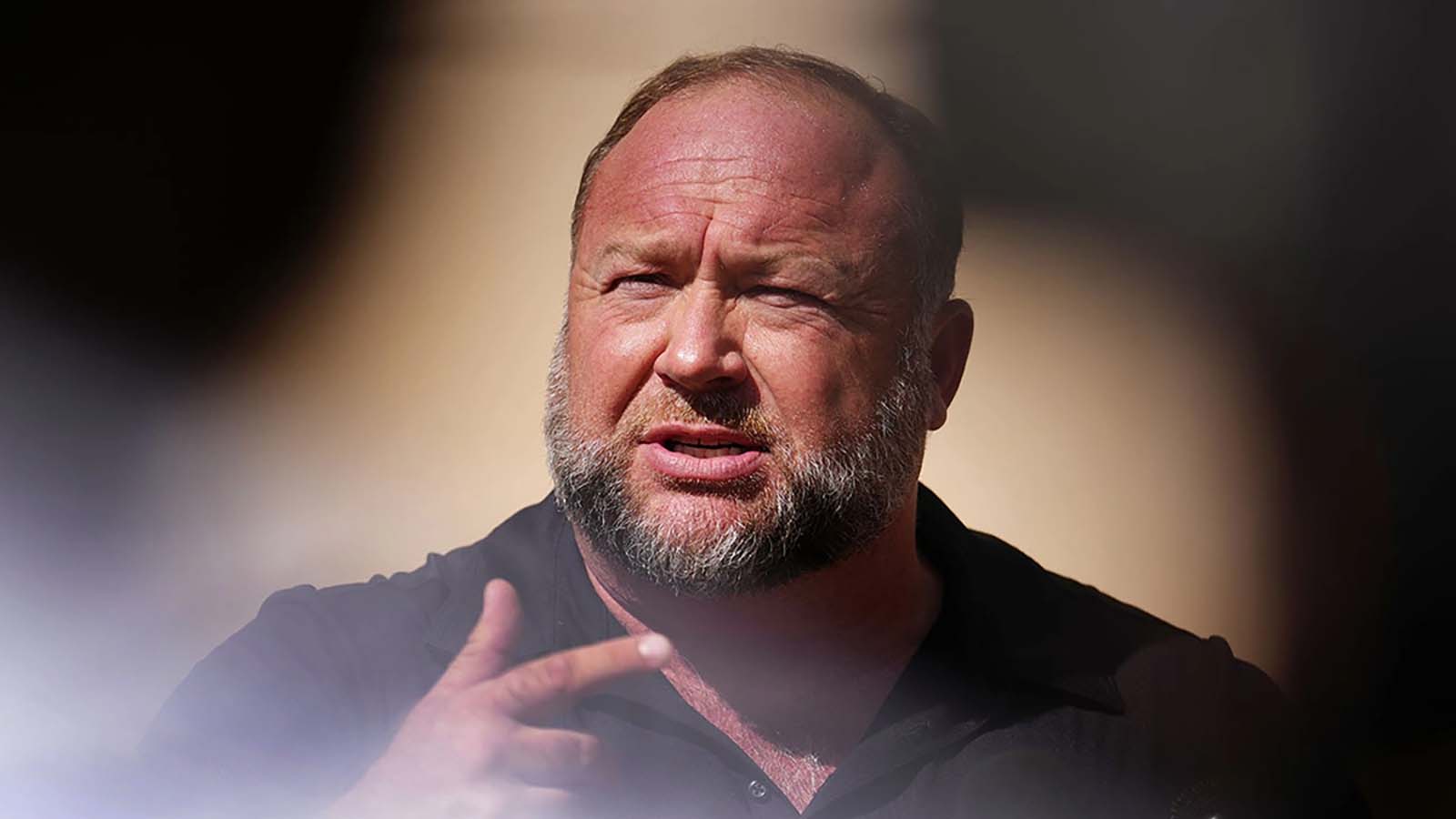 Alex Jones is only allowed to spend money on ‘ordinary living expenses’ according to the judge’s order.

“With the exception of ordinary living expenses, the defendant Alex Jones is not to transfer, encumber, dispose, or move his assets out of the United States, until further order of the court,” Judge Barbara Bellis said in the one-page order.

Infowars host Alex Jones was temporarily blocked from transferring any assets or spending money other than for ordinary living expenses by the judge overseeing the Sandy Hook defamation trial in Connecticut.

State court Judge Barbara Bellis, who oversaw the case in which a jury last month ordered Jones to pay nearly $1 billion for spreading lies about the 2012 elementary school massacre, issued the freezing order late Wednesday over concerns that he was “looting” his own estate and hiding assets through a series of shell companies owned by family members.

The plaintiffs had requested Bellis freeze Jones’s assets, and she set a Dec. 2 evidentiary hearing. In court papers, Jones’s lawyer urged the judge not to grant the request before that hearing and suggested that, if she did, “in an uncanny way it would bolster Mr. Jones’s contention that the results of these proceedings were rigged and that the court appeared partial to the plaintiffs.”

The families also asked Bellis to order a complete accounting of Jones’s assets, which he has steadfastly refused to provide, and that he be required to bring all movable property to Connecticut for safekeeping by the court. The judge hasn’t yet addressed those requests.

This is in addition to the $1 billion Alex Jones was ordered to pay.