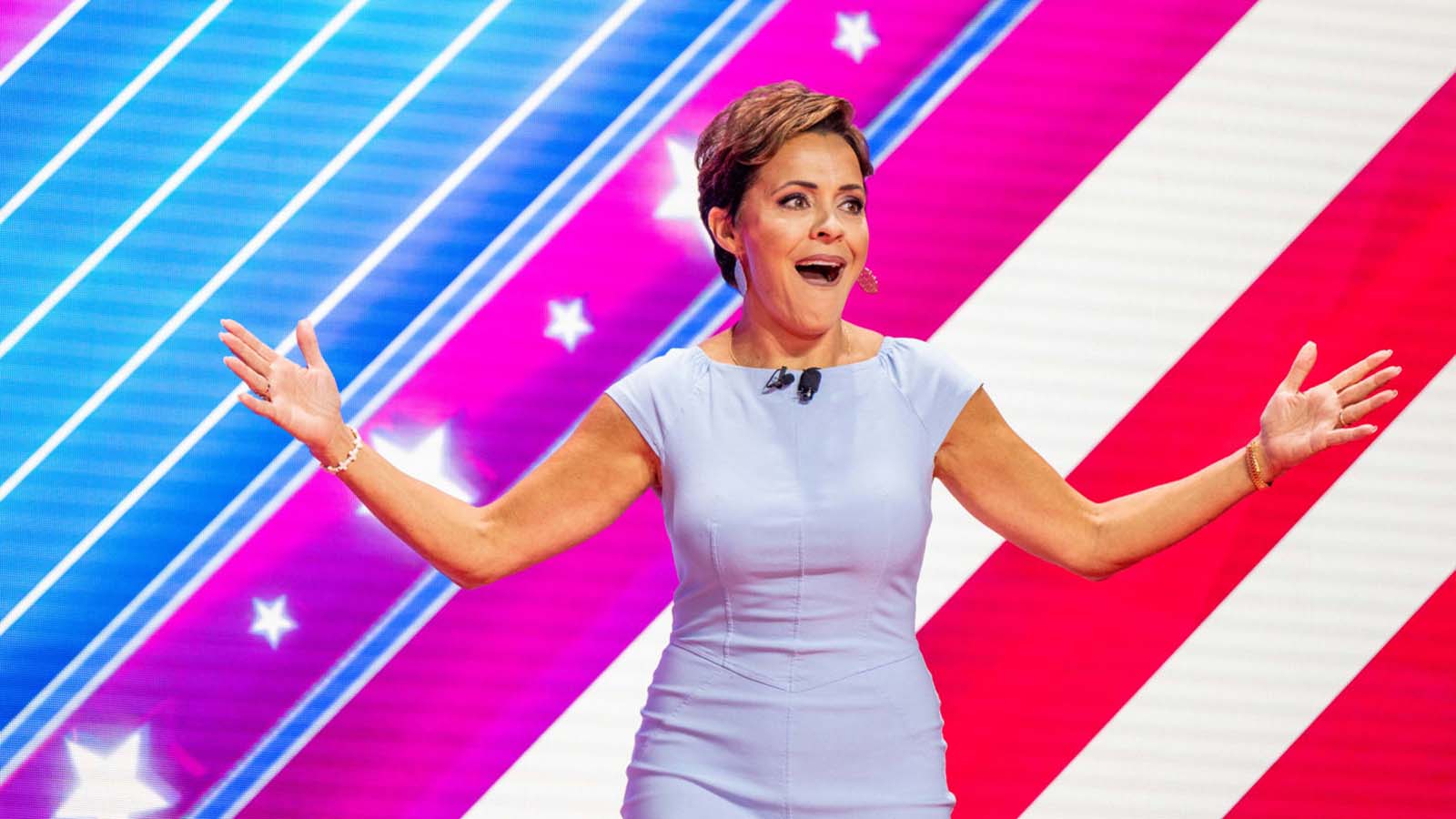 Lake filed the lawsuit December 9, alleging that “hundreds of thousands of illegal ballots infected” the Nov. 8 election and led to Hobbs being declared the winner, and “contains more than 270 exhibits of evidence.” Lake’s suit also relies on expert witness testimony.

We have 270 exhibits of evidence

Our whistleblowers are people who were intimately involved in the process

We have the facts,we have the law, & we have precedent on our side

We also have faith.

Last week Maricopa County Superior Court Judge Peter Thompson agreed to allow Lake’s legal team to “inspect a small number of printed and early ballots from the election, including 50 that were marked ‘spoiled’ on Election Day.” That inspection has not occurred yet; it is scheduled to begin Tuesday, December 20.

Then, after a hearing Monday:

…Thompson tossed eight of the claims in Lake’s lawsuit, but allowed two to remain that alleged an intentional plot by officials to manipulate the election in favor of Lake’s Democratic opponent, Secretary of State Katie Hobbs. In two separate orders, he ruled that a two-day trial will take place before Jan. 2, and that Hobbs and County Recorder Stephen Richer would be required to testify as Lake wished.

While Hobbs’ attorneys argued that “Lake’s case should be thrown out because it doesn’t adhere to state standards for a valid election complaint” and asked for sanctions against Lake and her attorneys:

Kurt Olsen, one of Lake’s attorneys, meanwhile portrayed the lawsuit as an expose of systemic problems, failures and possible illegal acts by election officials that led to “massive failure” at the polling stations and “tens of thousands” of disenfranchised voters.

Lake’s attorneys for the suit include Bryan Blehm, who was a lawyer for Cyber Ninjas, the contractor hired by the state Senate for its review of the 2020 election, and Olsen, a Washington, D.C., lawyer who recently was ordered to pay sanctions in a federal suit brought by Lake and Finchem that a judge said contained frivolous and baseless claims.

Olsen, who spoke after the county lawyers, said the judge should put stock in the affidavit of “top cyber expert” Clay Parikh, whose analysis concluded that the county’s “system-wide” failures could only be explained by intentional manipulation of county officials. An analysis “based on science” also showed that 15,000 to 29,000 votes were disenfranchised, Olsen said. He also claimed the county mysteriously “found” 25,000 “extra voters” two days after the polls closed.

Lake will update the crowd at Turning Point USA’s AMFEST in Phoenix Tuesday, she announced.

I will be taking the stage tomorrow at #AmFest2022 to update America on our huge win in Court today. I promise you — this is one speech you do not want to miss. BE THERE.