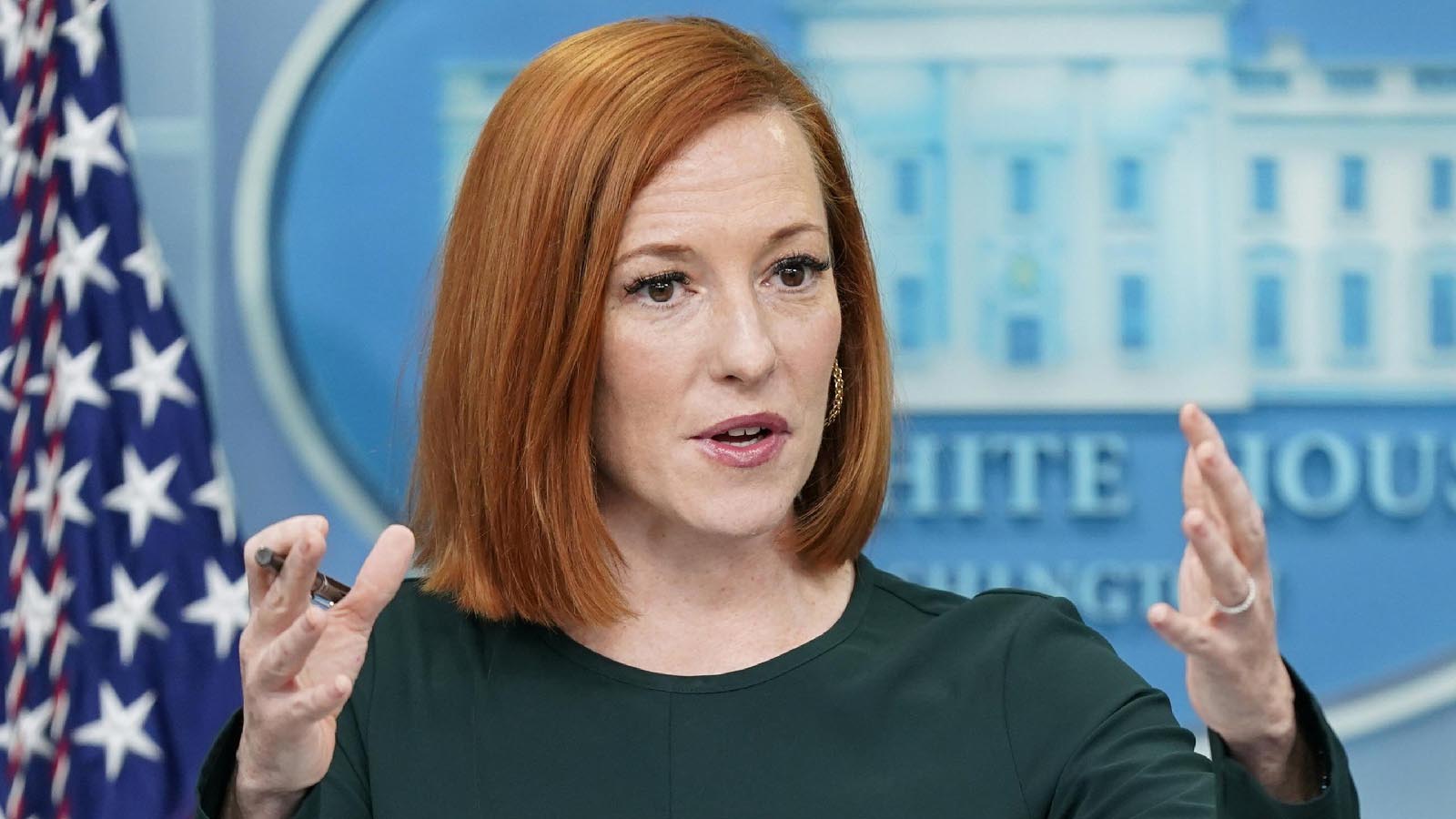 Jen Psaki left a smoldering West Wing in her review mirror, departing the embattled Biden administration as it faced incoming fire from all sides for a multitude of crises including inflation, energy dependence, formula shortages, and foreign entanglements fraught with missteps from the commander in chief.

She’s off to MSNBC, where, it was made public earlier, she would host her own show on NBC Universal’s streaming platform Peacock. But now, according to a scoop in Axios, it seems adoring fans of her “circle back” briefings won’t be able to watch her own show for months as the new program isn’t set to debut until “the first quarter of 2023.” 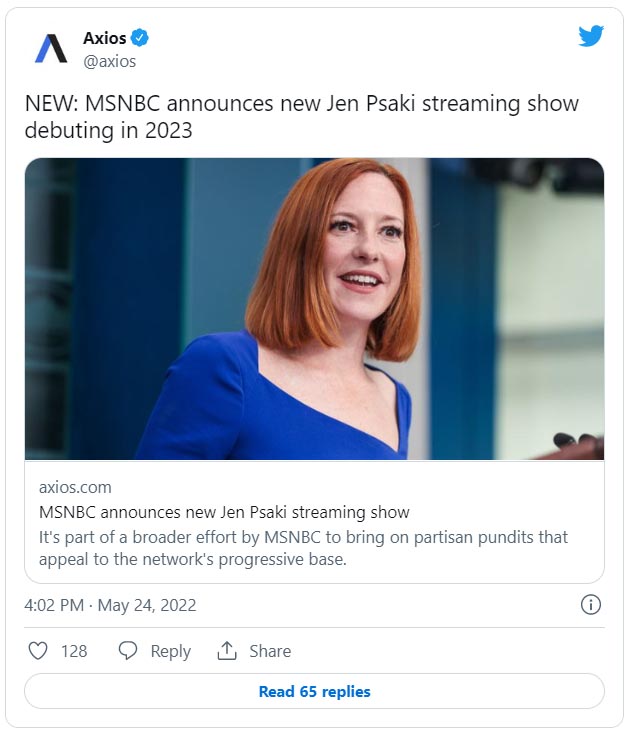 The announcement from NBC’s news division comes as Psaki joins a growing number of Biden-Harris administration officials in shoving off from the scandal-plagued executive branch to pursue more lucrative gigs that don’t involve dealing with the messes of West Wing palace intrigue. Psaki joins, among others, Symone Sanders who used to work as a spokesperson for Vice President Kamala Harris — but who hasn’t been able to draw many viewers.

Twitter’s reaction to the news that Psaki’s show had a launch date in the new year wasn’t warmly received.

Now she can scoff at Americans wanting COVID help from a TV studio instead of from the White House press room, cool https://t.co/8PYwRB5tcw

While Psaki will get to enjoy the rest of 2022 without having to put on a daily show of her own, NBC will include the former press secretary will , in the meantime, be featured “on MSNBC’s cable network across programs as an analyst and will appear on NBC and during MSNBC’s primetime special election programming throughout the midterms and 2024 presidential election,” according to their release quoted by Axios.

Without a hint of irony, Psaki said in that statement that her time working for the Biden and previous Democrat administrations will “fuel the insight and perspective I bring to this next chapter,” although that doesn’t inspire much confidence when she says her show will deal with “the facts.”

Thrilled to join the incredible @MSNBC family this fall. Breaking down the facts and getting to the bottom of what’s driving the issues that matter most to people in this country has never been more important.