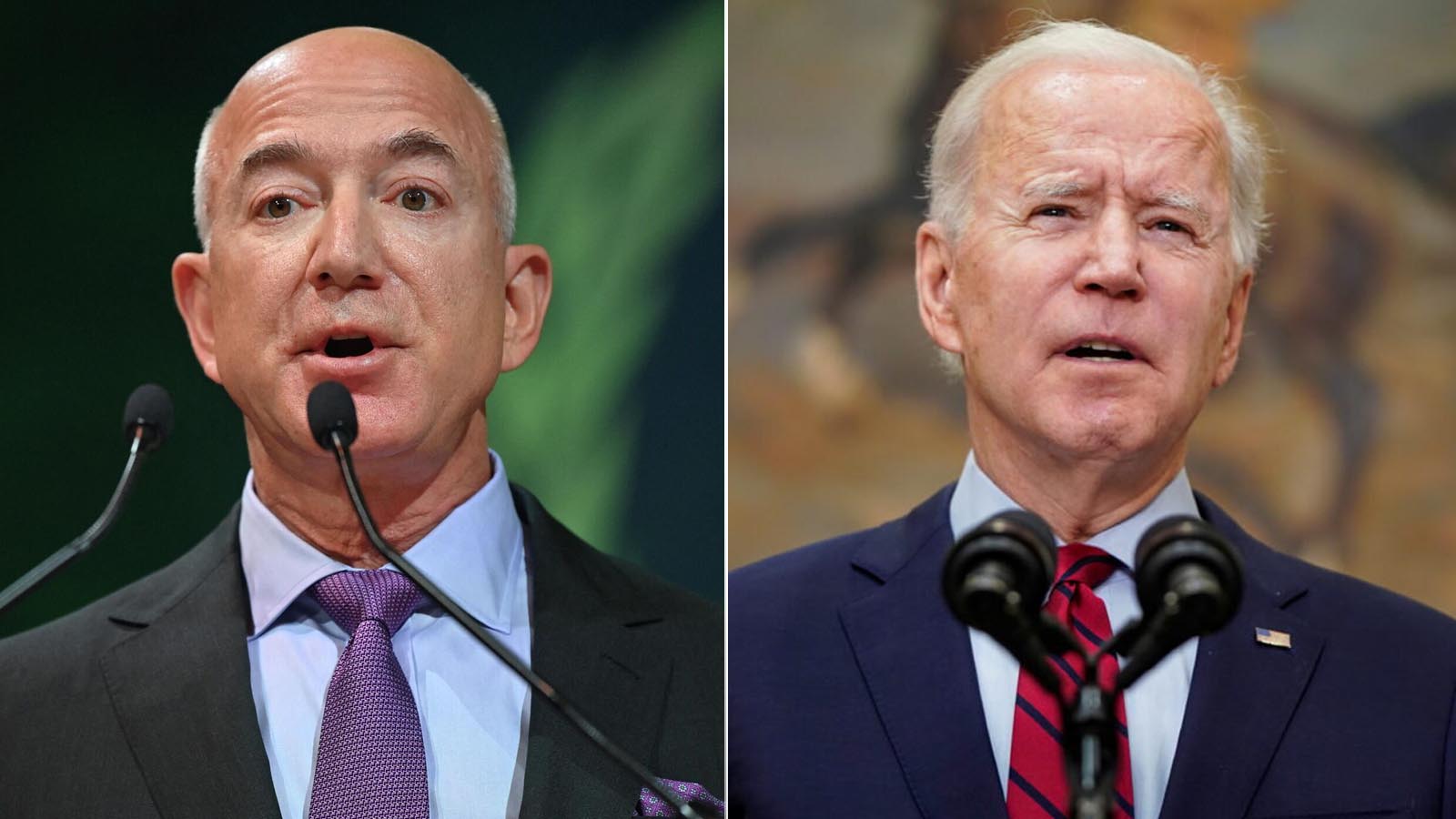 “Ouch,” Bezos wrote in response. “Inflation is far too important a problem for the White House to keep making statements like this. It’s either straight ahead misdirection or a deep misunderstanding of basic market dynamics.”

Earlier, Biden’s Twitter account wrote that he has a “message” to gas stations: “This is a time of war and global peril. Bring down the price you are charging at the pump to reflect the cost you’re paying for the product. And do it now.”

“You know as well as everyone that the Federal Reserve actually sets the prices—through rampant inflation,” wrote the Libertarian Party’s account. “When 40 percent of the dollars in the world was printed in one year, inflation sets in and prices skyrocket. Just yesterday you were blaming [Russia]. We see through your scam.”

Added California gubernatorial candidate Michael Shellenberger, “At a time of war, Biden could have leveled with the American people and united the country through an ‘all-of-the-above’ clean energy strategy that included oil & gas. Instead, he has repeatedly lied about the causes of the energy crisis and divided the country.”

Data released by auto club AAA on Sunday shows that the national average price for a gallon of regular gas currently stands at $4.81, down about 10 cents from a week ago. In mid-June, the average price hit $5 per gallon for the first time.

Biden and fellow Democrats have shifted from blaming Russia and its leader, Vladimir Putin, for the spike in gas prices to blaming oil companies and gas stations in recent days. The president sent a letter to the top oil companies in the United States, demanding that they bring down prices while accusing them of price-gouging.

ExxonMobil, one of the firms, fired back by suggesting that federal policies have contributed to rising prices.

“In the short term, the U.S. government could enact measures often used in emergencies following hurricanes or other supply disruptions—such as waivers of Jones Act provisions and some fuel specifications to increase supplies,” the oil giant wrote in a news release.

The federal government, it added, “can promote investment through clear and consistent policy that supports U.S. resource development, such as regular and predictable lease sales, as well as streamlined regulatory approval and support for infrastructure such as pipelines.”

Republicans and some analysts have said the higher prices are caused by Biden having issued a series of executive orders last year suspending new drilling leases on federal lands, fossil fuel subsidies, and killing off the Keystone pipeline.