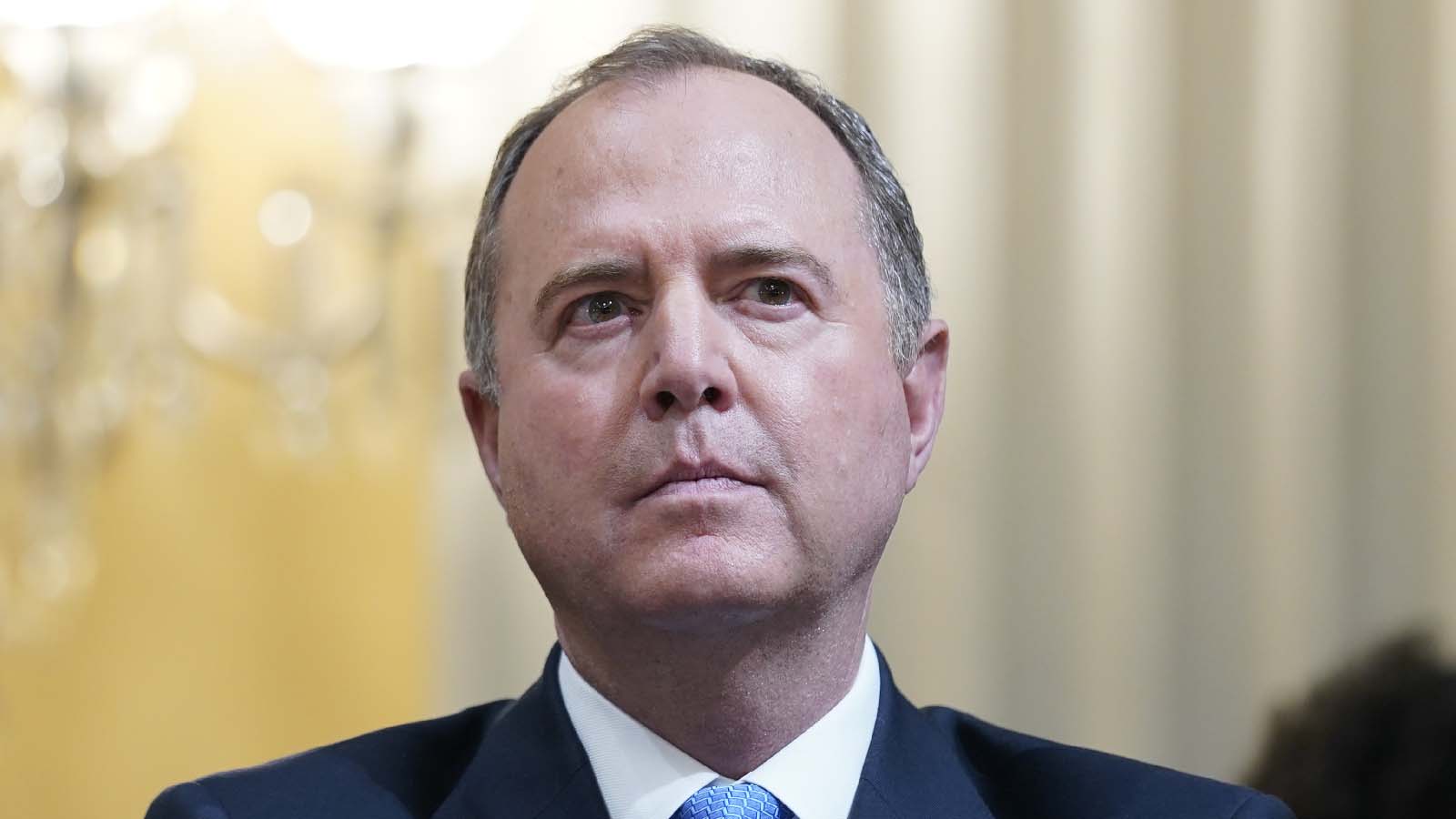 On Monday, the January 6th committee will reconvene for another public hearing, following its primetime opening act last Thursday. According to some of its members, they will proceed to lay out evidence supporting the criminal indictment of Donald Trump.

Axios has the report, and the headline is sensational. Unsurprisingly, it was Jamie Raskin and Adam Schiff who went on the various Sunday shows promising the moon, giving the basis for the article. But, will they deliver? 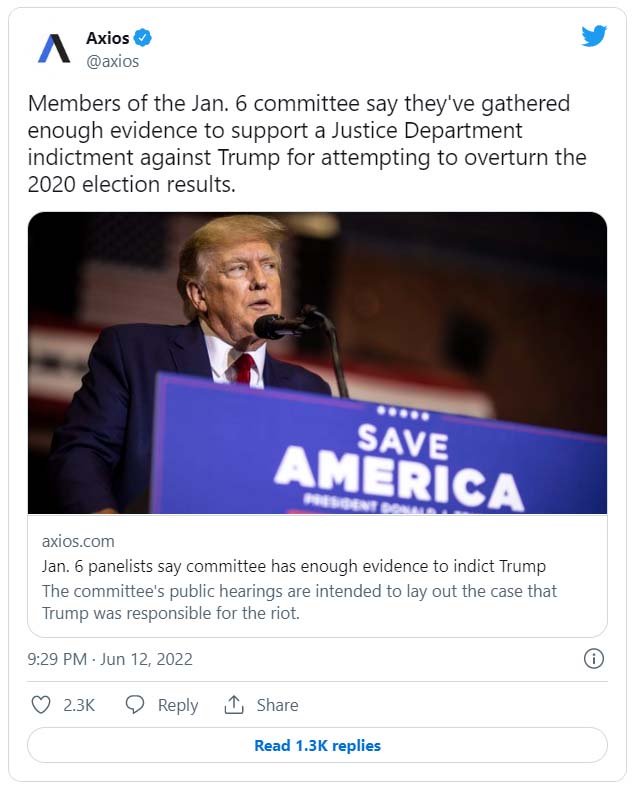 “I would like to see the Justice Department investigate any credible allegation of criminal activity on the part of Donald Trump,” House Intelligence Committee Chairman Adam Schiff (D-Calif.) told ABC’s “This Week” on Sunday…

…“Once the evidence is accumulated by the Justice Department, it needs to make a decision about whether it can prove to a jury beyond a reasonable doubt the president’s guilt or anyone else’s. But they need to be investigated if there’s credible evidence, which I think there is,” he added.

Those quotes are classic Schiff and mirror the wild proclamations he made about Trump during the Mueller investigation. The California representative stated several times during interviews that he possessed evidence of the former president colluding with Russia. Guess what he never provided? The evidence he kept saying he had.

Sure enough, while Schiff is again saying he’s got “credible evidence” that Trump broke the law, he also continues to not share any of it. Nothing in Axios’ report cites anything of the sort. It’s all just more vagueness and innuendo.

The same is true of Raskin’s commentary. He likewise claims to have evidence sufficient to indict Trump, calling the committee itself a “referral of crimes.”

Rep. Jamie Raskin (D-Md.) told CNN’s “State of the Union” on Sunday that Trump “absolutely knew” his false claims that the election had been stolen were lies because he was surrounded by lawyers, including former Attorney General Bill Barr, who told him so in “no uncertain terms.”…

…”Our entire investigation is a referral of crimes both to the Department of Justice and to the American people because this is a massive assault on our — on the machinery of American democracy,” he said.

Again, for all the bloviating, no actual evidence was mentioned by Raskin while on CNN. Are we to believe that every other committee hearing and interview to this point hasn’t presented such, but that it will finally all be revealed on Monday? You’d have to be pretty gullible to buy that. If Schiff, Raskin, Cheney, and the rest had the goods, they wouldn’t have been able to shut up about it.

Further, that “evidence” would have been blasted out during the committee’s primetime hearing to set the stage. Instead, that hearing was nothing but speeches and playing videos everyone has already seen.

In short, I still suspect the committee has nothing of value. They keep trying to drag things out, teasing bombshells that never arrive. The more they continue to play that game, the more obvious it becomes there’s no smoking gun coming.

Still, I wouldn’t completely dismiss the idea that Trump could end up indicted. This is the Democrats’ Hail Mary. They’ve got nothing left, and there’s no reason to expect the DOJ to remain politically neutral once the committee gives its recommendations.