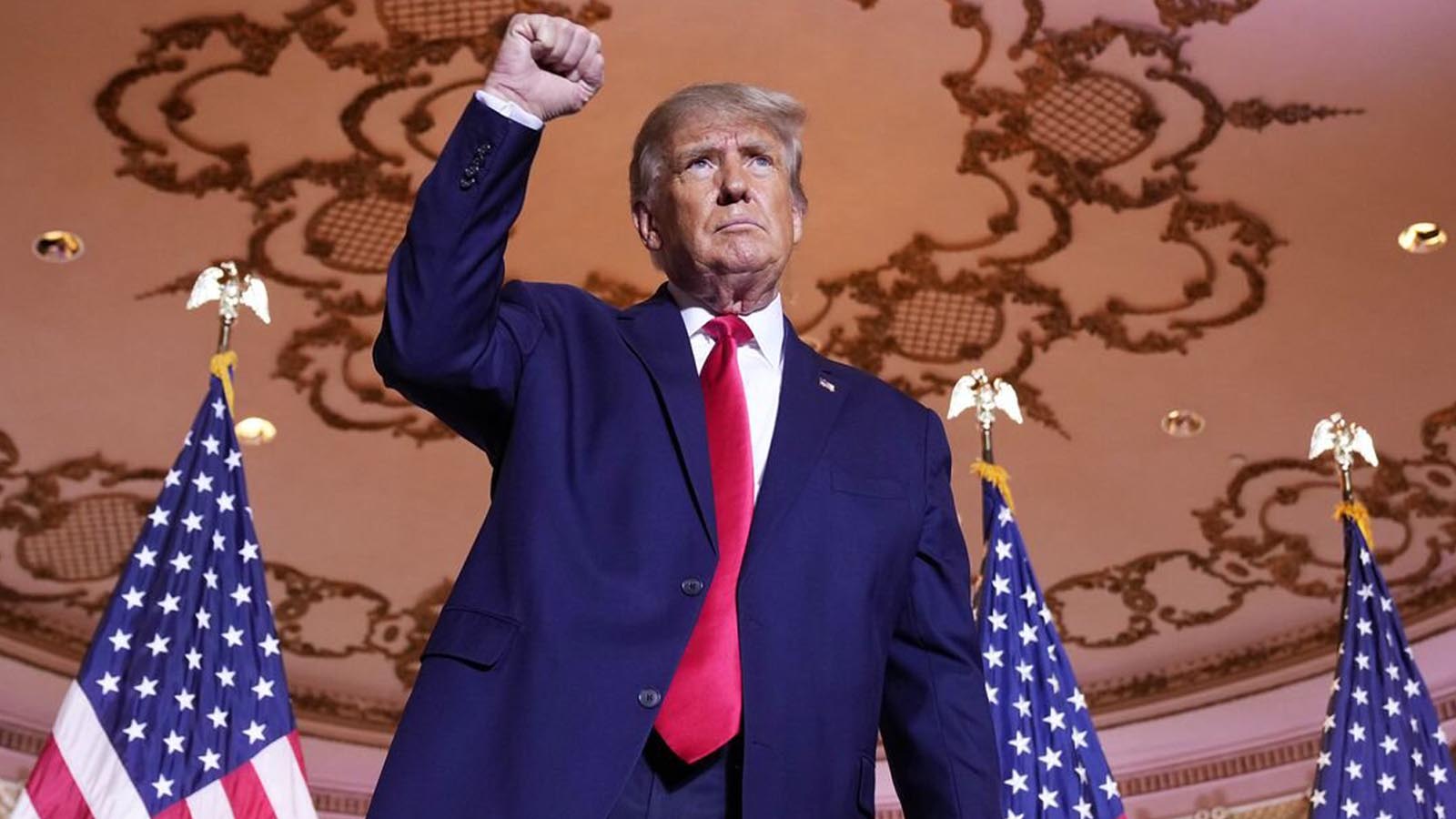 The Jan. 6 House select committee withdraw its subpoena of former President Donald Trump, which prompted a victory lap from his attorney and the former commander-in-chief himself.

The panel’s chairman, Rep. Bennie Thompson (D-Miss.), said in a letter to Trump’s attorneys that the committee is no longer pursuing the subpoena that was issued in October for the former president’s testimony and documents regarding the Jan. 6, 2021 incident at the Capitol.

“In light of the imminent end of our investigation, the Select Committee can no longer pursue the specific information covered by the subpoena,” Thompson wrote in the Dec. 28 letter, which came after the committee concluded its work last week and released its final report.

“Therefore, through this letter, I hereby formally withdraw the subpoena issued to former President Trump, and notify you that he is no longer obligated to comply or produce records in response to said subpoena,” Thompson added.

Harmeet Dhillon, an attorney Trump hired after being subpoenaed, celebrated the panel’s decision to put the subpoena away.

“After my firm filed suit on separation of powers grounds to block January 6 House Select Committee’s illegitimate subpoena to President Trump over his activities while president—the committee waved the white flag & withdrew subpoena,” Dhillon said in a message on social media early Thursday.

“We were confident of victory,” she added, “in court, given precedent & refusal of prior presidents to testify in Congress. J6 committee wasted millions for a purely political witch-hunt, total abuse of process & power serving no legitimate legislative purpose.”

‘I Did Nothing Wrong’

Trump, too, addressed the matter of the cancellation in a post on Truth Social, his social media platform.

“Was just advised that the Unselect Committee of political Thugs has withdrawn the Subpoena of me concerning the January 6th Protest of the CROOKED 2020 Presidential Election,” Trump wrote.

“They probably did so because they knew I did nothing wrong, or they were about to lose in Court. Perhaps the FBI’s involvement in RIGGING the Election played into their decision. In any event, the Subpoena is DEAD!” he added.

Trump’s mentioning of the FBI is a likely reference to explosive Twitter Files disclosures that show there was an effort by the agency to discredit leaked information about Hunter Biden’s laptop ahead of the 2020 presidential election.

The former president has been deeply critical of the Jan. 6 panel, whose probe he has called a partisan “witch-hunt” and a “fake trial.”

Trump held a rally near the White House on Jan. 6, 2021, in which he made statements encouraging his supporters to march to the Capitol, where Congress was in the process of certifying the results of the presidential election.

While Trump called for the day’s events to be peaceful, a group of people breached the Capitol, leading to a violent confrontation with law enforcement.

The events of that day have been the subject of widespread scrutiny and debate, with Trump’s political opponents accusing him of inciting an “insurrection.”

The congressional panel probing those events released its final report on Dec. 22, outlining its case that Trump should face four criminal charges: insurrection, obstruction of an official proceeding, making a false statement to the federal government, and conspiracy to defraud the federal government.

“Our criminal referrals were based on the gravity of the offense, the centrality of the actors, and the evidence we had available to us,” Rep. Jamie Raskin (D-Md.), one of the seven Democrats on the committee, told reporters after the hearing.

Trump dismissed the criminal referrals, saying in a post on Truth Social that the panel’s moves would do nothing to weaken him.

“These folks don’t get it that when they come after me, people who love freedom rally around me. It strengthens me. What doesn’t kill me makes me stronger,” Trump wrote in the statement.

He added, “Americans know that I pushed for 20,000 troops to prevent violence on Jan. 6, and that I went on television and told everyone to go home.”

He also compared the criminal referrals by the committee to his second impeachment trial, which acquitted Trump of an insurrection incitement charge in February last year.

“The Fake charges made by the highly partisan Unselect Committee of January 6th have already been submitted, prosecuted, and tried in the form of Impeachment Hoax # 2. I WON convincingly. Double Jeopardy anyone!” Trump wrote in a separate post on Truth Social.

The panel’s criminal referrals are not binding on the Department of Justice and it’s unclear whether the federal agency will act on them.

Trump could face fines and up to 25 years in prison if the agency presses ahead with prosecution and gets a conviction.

The former president, who recently announced he’s running for the nation’s top job in 2024, has said the Jan. 6 panel’s decision to recommend criminal referrals is about thwarting his White House bid.

A recent edition of the Elon Musk-endorsed Twitter Files shows that there was an “organized effort” by federal law enforcement agents to target social media platforms and news outlets that reported on the Hunter Biden laptop ahead of the 2020 election.

“In Twitter Files #7, we present evidence pointing to an organized effort by representatives of the intelligence community (IC), aimed at senior executives at news and social media companies, to discredit leaked information about Hunter Biden before and after it was published,” wrote author Michael Shellenberger, who released screenshots on Dec. 19 that appeared to be of message exchanges between top Twitter officials and the FBI in October 2020.

Shellenberger posted files related to the Hunter Biden laptop story and shared messages that appear to show that the FBI worked to discredit the report and prevent it from being spread via the social media platform in the weeks leading up to the presidential election.

“What I quickly put together is a pattern where it appears that FBI agents, along with former FBI agents within the company, were engaged in a disinformation campaign aimed at top Twitter and Facebook executives, as well as at top news organization executives to basically prepare them, prime them, get them set up to dismiss Hunter Biden information when it would be released,” Shellenberger wrote.

The FBI has denied any wrongdoing and in a statement to The Epoch Times said it was only providing information to Twitter related to possible “foreign malign influence.”

“It is not based on the content of any particular message or narrative. Private sector entities independently make decisions about what, if any, action they take on their platforms and for their customers after the FBI has notified them.”