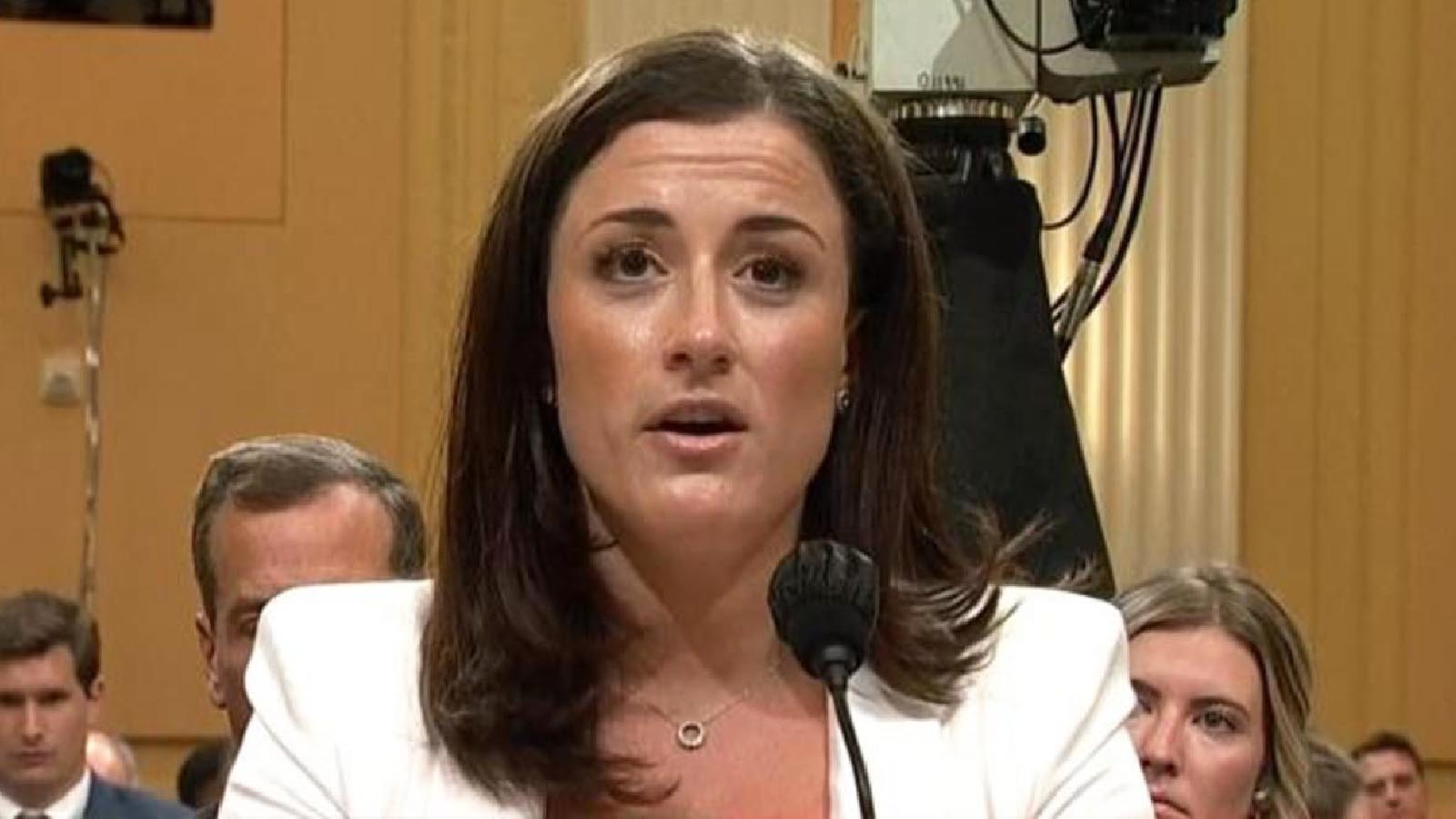 The January 6 Committee on Tuesday trotted out a grifter no one has ever heard of to breathe life into the Maoist show trials.

Cassidy Hutchinson, who served as a senior aide to former White House chief of staff Mark Meadows testified against Trump.

Ms. Hutchinson on Tuesday testified that Trump was aware January 6 rally attendees had weapons and were wearing body armor.

She also claimed that Trump lunged at a Secret Service Agent as he shouted demands.

Hutchinson said Trump got into “the beast” after his speech at the Ellipse on January 6 with the belief that he would be driven to the Capitol.

According to Hutchinson, who received this information from Tony Ornato, the Assistant Director for the Secret Service, Trump grew angry after he was informed that he was being driven back to the West Wing.

According to Ornato, Trump shouted, “I’m the f*cking president! Take me up to the Capitol now!”

"I’m the F’ing President. Take me up to the Capitol now." pic.twitter.com/LWg2sdFtTi

It’s important to note that Cassidy Hutchinson was so shocked, disgusted and appalled by President Trump and the January 6 Capitol protest that she was planning to go work for Trump at his Mar-a-Lago residence AFTER January 6, 2021.

Cassidy Hutchinson is using Tuesday’s show trials to audition for a spot on CNN or MSNBC.