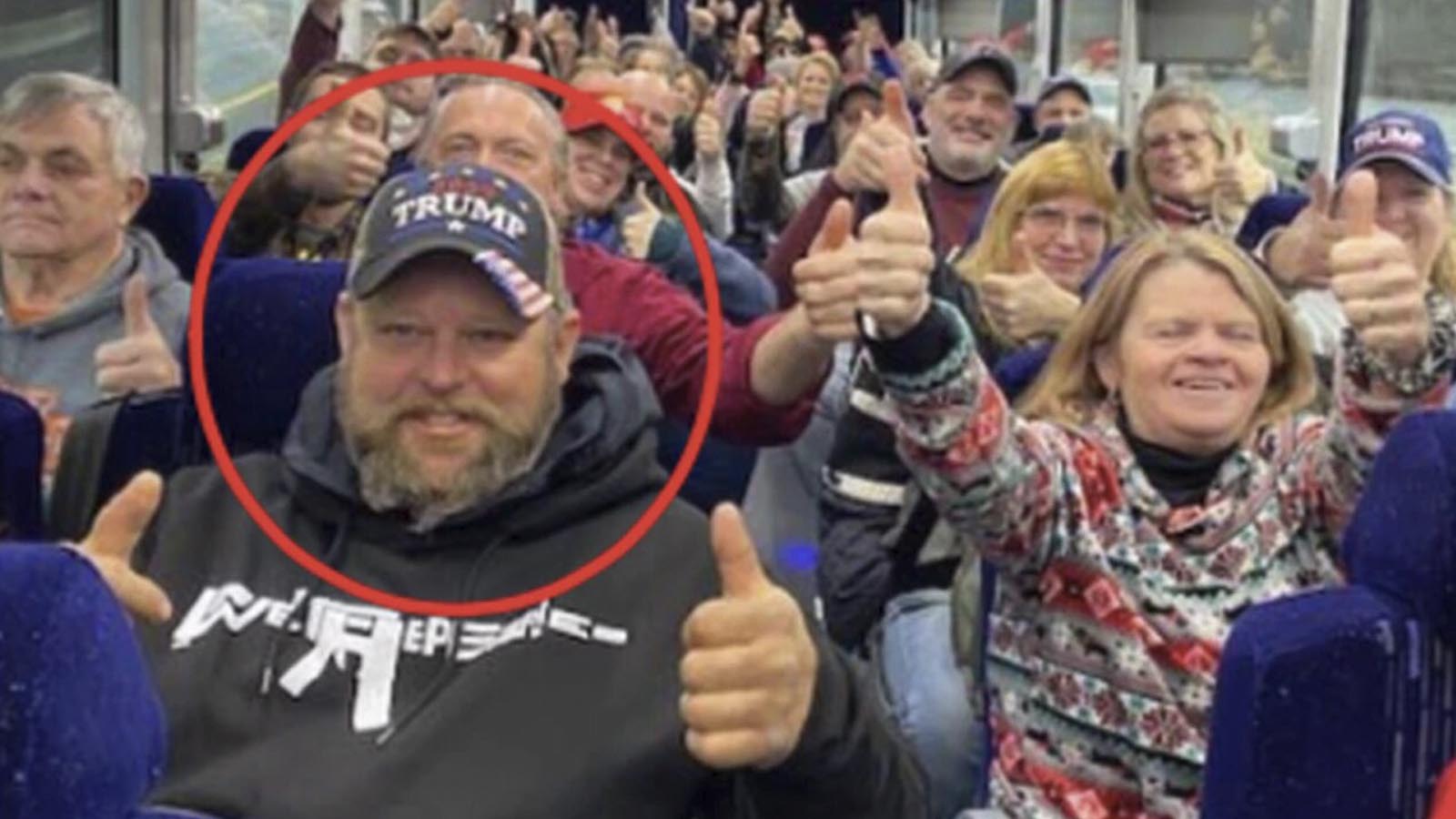 January 6 defendant Mark Aungst of Williamsport, Pennsylvania committed suicide this week according to the local coroner. Aungst pleaded guilty last month to parading in the Capitol and was facing up to six months in prison and a $5000 fine.

News of Aungst’s death was reported by PennLive (excerpt)

A Lycoming County man awaiting sentencing for illegally entering the U.S. Capitol on Jan. 6, 2021, has died.

Aungst pleaded guilty June 27 in District of Columbia federal court to a charge of demonstrating or parading in a restricted building. His sentencing was scheduled for Sept. 27 before Judge Reggie B. Walton. He could have been sentenced up to six months in prison and fined $5,000.

Aungst and co-defendant Tammy A. Bronsburg, who pleaded guilty to the same charge, traveled by bus to Washington on Jan. 6, 2021 for President Trump’s “stop the steal” rally. They then joined others and marched to the Capitol.

…Neither assaulted a police officer nor stole or damaged government property, the prosecutor had said at a previous court proceeding.

A witness who used Facebook to organize a bus trip in support of former President Donald Trump’s efforts to overturn the results of the 2020 election gave up the names of two passengers after they delayed the group’s return to Pennsylvania and one bragged about illegally entering the U.S. Capitol.

Mark Roderick Aungst and Tammy Bronsburg (aka Tammy Butry) are charged with entering a restricted building without lawful authority with intent to impede the orderly conduct of government business and engaging in disorderly or disruptive conduct during a session of Congress.

Excerpt from the Statement of Offense agreed to in Aungst’s plea agreement with the Justice Department.

8. Mark Aungst and Tammy Bronsburg, also known as Tammy Butry, (the
“Defendants”) knew that Congress was convening at the United States Capitol on January 6,
2021, to certify the vote count of the Electoral College of the 2020 Presidential Election. Both
Defendants traveled by bus to Washington, D.C. to attend the “Stop the Steal” rally on January 6.
The bus trip was organized on Facebook by another individual for about 50 people to travel from
Pennsylvania to Washington, D.C.

13. While inside the U.S. Capitol Building, the Defendants encountered members of
law enforcement. Law enforcement instructed the defendants to leave the building.
14. After leaving the United States Capitol Building through the Senate Wing Door
around 3:14 pm, Defendants Aungst and Bronsburg returned to the bus to travel back to
Pennsylvania. While on the bus, both Defendants bragged to other passengers that they had been
inside the United States Capitol.
15. While on the bus, Aungst showed other passengers photos that he had taken while
he and Bronsburg were inside the Capitol Building.
16. Bronsburg posted on Facebook a video that she had taken while inside the Capitol
Building.

17. Defendants Aungst and Bronsburg knew at the time they entered the U.S. Capitol
Building that that they did not have permission to enter the building and the defendants paraded,
demonstrated, or picketed.

Urgent Warning Over ‘Disguised Halloween Candy’ That Could Kill Kids

Sidney Powell’s countersuit against Dominion Voting machines was thrown out today by the judge overseeing the case. The Washington Examiner reported earlier today: On...

A non-governmental organization (NGO), with financial links to billionaire George Soros, has won a $41 million federal contract from President Joe Biden’s Department of...

On Thursday, President Biden took a short trip to the FEMA headquarters to give remarks on the federal response to Hurricane Ian and meet...

Rep. Marjorie Taylor Greene’s husband, Perry Greene, has filed for a divorce. The congresswoman and her husband had been married for over 27 years....