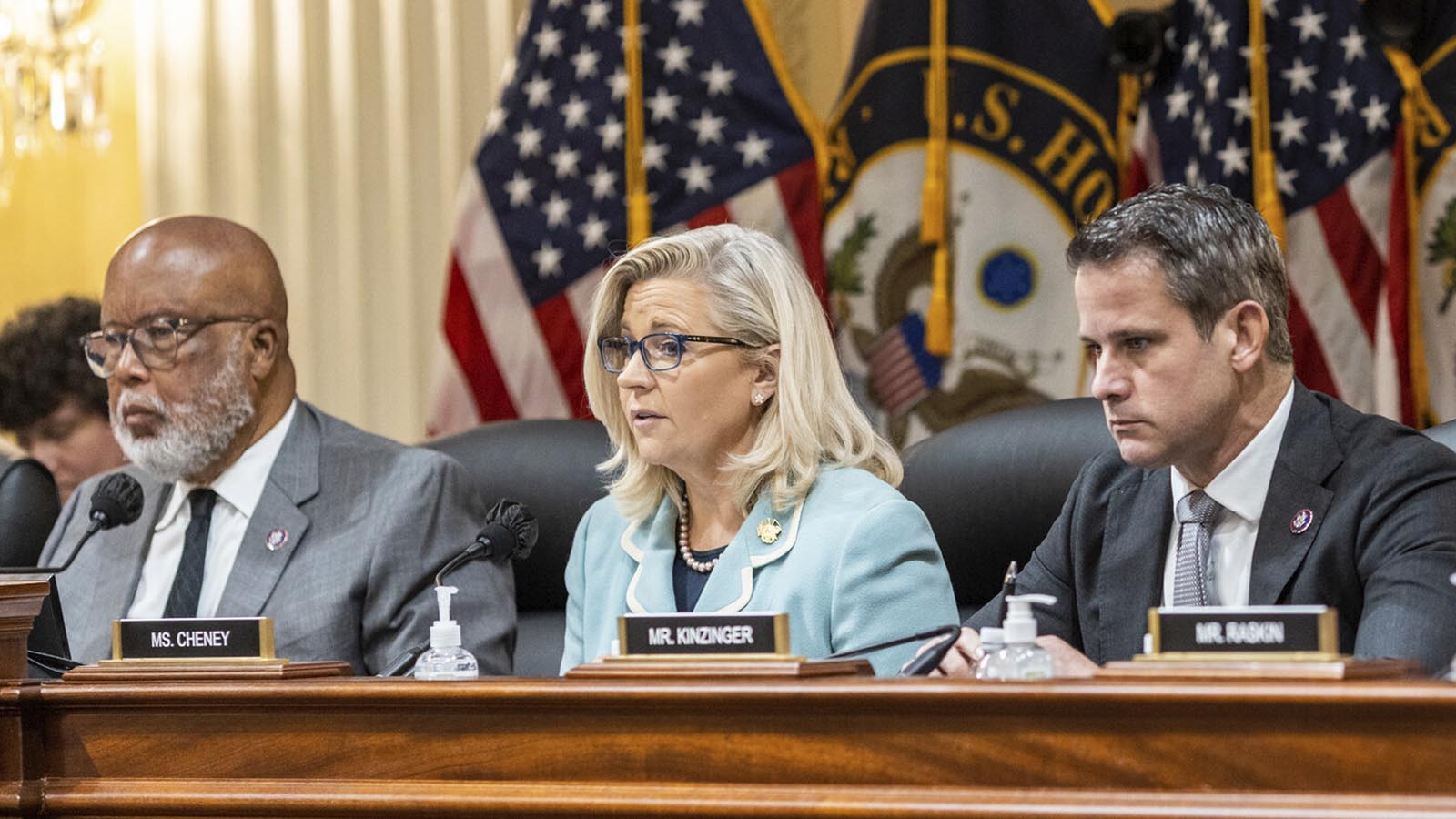 The conclusion was never in doubt for the January 6th committee.

Despite a year-plus of investigations and hearings that over-promised and underdelivered, Liz Cheney, Bennie Thompson, Adam Schiff, and crew will send criminal referrals targeting Donald Trump to the Department of Justice.

The details of the referrals were previously leaked, showing that the committee is going to charge Trump with insurrection, obstruction of an official proceeding, and conspiracy to defraud the United States.

Now, the vote has been completed and it is confirmed those referrals will go forward. The announcement will be made in dramatic fashion on Monday during the committee’s final hearing.

Following an 18-month investigation, @NBCNews has learned that the House Jan. 6 committee plans to recommend criminal prosecution of former President Trump on several counts related to the attack on the Capitol. @GarrettHaake shares the details. pic.twitter.com/YOtj5tAJH1

The press is absolutely giddy, as you can see from that Today Show hit. Call it a campaign contribution at this point because this is their Super Bowl. They want nothing more than to hang yet another albatross around the neck of Trump as he pursues another presidential run.

It won’t stay just an albatross, though. As I’ve said from the beginning, all of this is coordinated. The January 6th committee isn’t dropping these referrals into a vacuum. Rather, they’ve gone through all this pomp and circumstance knowing the DOJ is patiently waiting for the hook it needs to indict Trump. The illusion of political will has been created, even if the committee itself is full of nothing but bitter, anti-Trump partisans.

In this case, the lack of evidence for any of the charges being levied doesn’t matter. As I explained in my previous piece, the broadening out of the law needed to go after Trump for things like “insurrection” and “obstruction of an official proceeding” is ludicrous. How do you commit insurrection without organizing and executing an insurrection or without telling people to do so? Those are issues a fair justice system would tear apart.

We don’t have one of those, though. The DOJ knows it can indict a ham sandwich and secure convictions in the DC jurisdiction. The only question left is the timing. Will the new special counsel wait and see if Trump wins the GOP nomination before indicting him in an attempt to destroy Republican chances in the 2024 election? I wouldn’t even begin to put it past them. In fact, I’m pretty sure that’s the plan.

The saga of the January 6th committee is coming to an end the way it was always scripted to. The conclusion they’d draw was decided in the very first meeting between the members. Heck, it was decided the moment Nancy Pelosi floated the idea. Nothing was ever in doubt. That the hearings produced so little evidence (to the point of becoming farcical) was just a stumbling block easily overcome with the help of a compliant media willing to treat every dud as definitive. I’d compare it to a banana republic, but somehow, it feels worse.