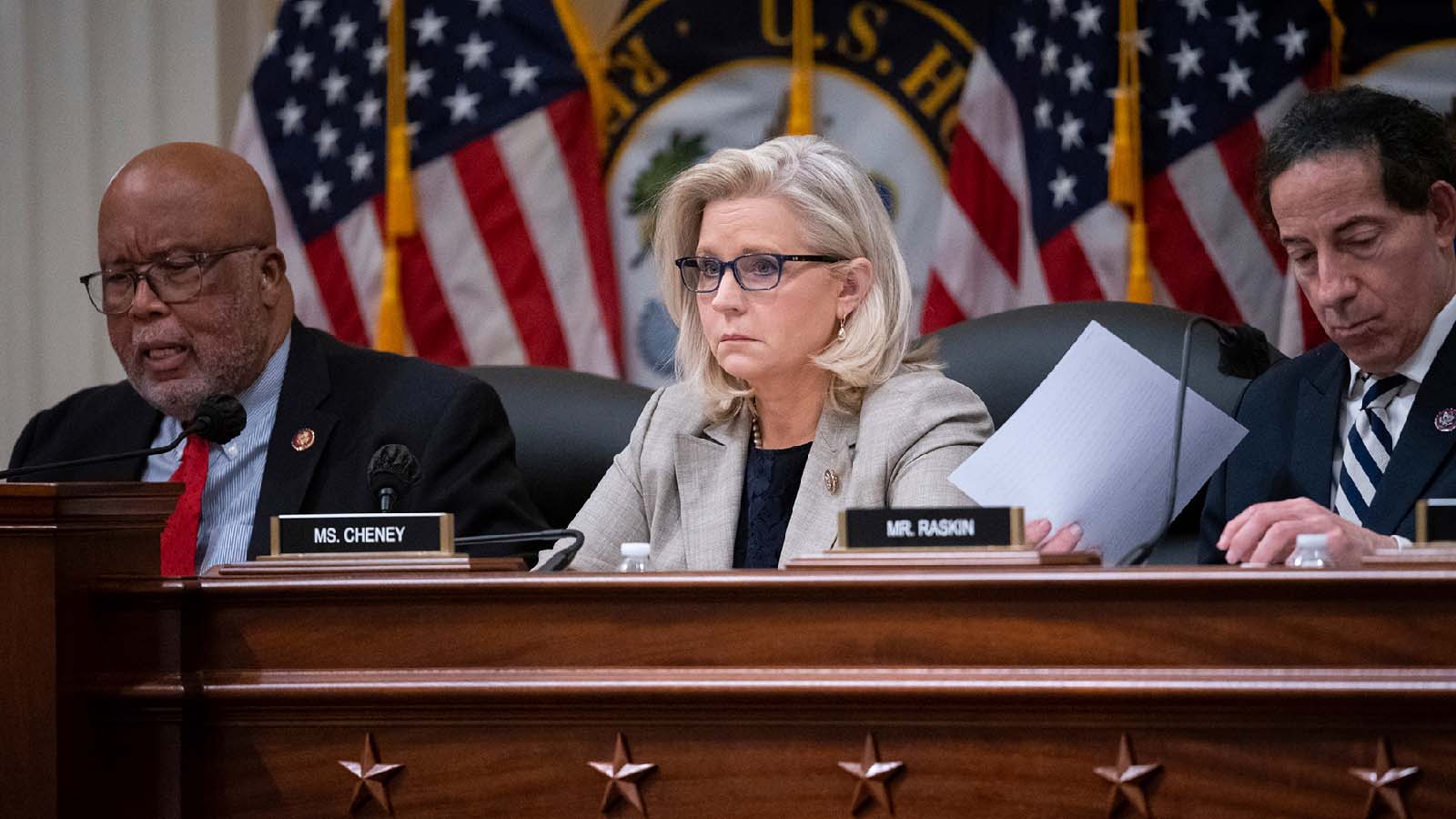 The House January 6 Committee is not happy with the Capitol Police debunking one of their claims that Congressman Barry Loudermilk (R-GA) gave a tour to people with the express purpose of helping soon-to-be rioters for the attack on the Capitol building the next day.

“There is no evidence that Representative Loudermilk entered the U.S. Capitol with this group on January 5, 2021,” Manger wrote in a Monday letter to Rep. Rodbey Davis (R-IL), ranking Republican on the House Administration Committee, after reviewing security footage of Loudermilk giving people a tour of congressional office buildings.

“We train our officers on being alert for people conducting surveillance or reconnaissance, and we do not consider any of the activities we observed as suspicious,” the letter continues. 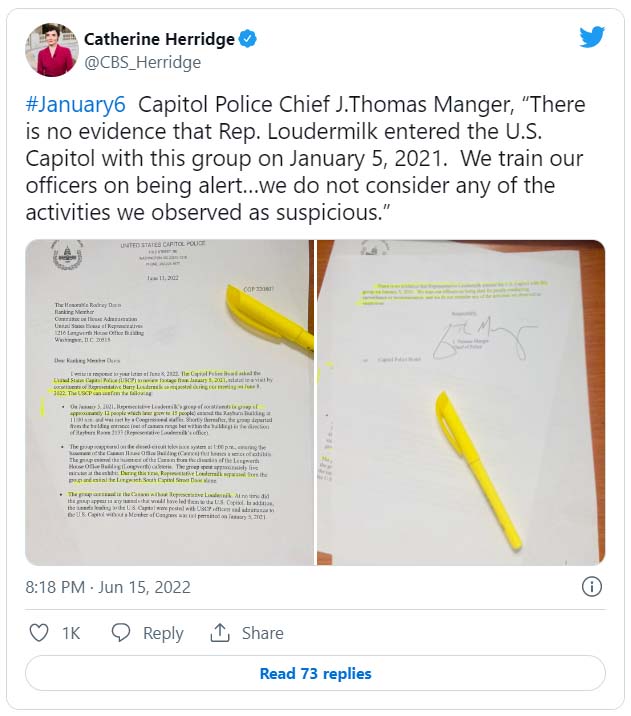 January 6 Committee Democrat Bennie Thompson (D-MS) and Liz Cheney (R-WY) made allegations against Loudermilk in a letter to the media last month, demanding to know why Loudermilk explain why he was giving a tour of the Capitol the day before the riots – implying that he may have been doing reconnaissance for the next day’s riot.

“Based on our review of evidence in the Select Committee’s possession, we believe you have information regarding a tour you led through parts of the Capitol complex on January 5, 2021,” Cheney and Thompson wrote. “The foregoing information raises questions to which the Select Committee must seek answers. Public reporting and witness accounts indicate some individuals and groups engaged in efforts to gather information about the layout of the U.S. Capitol, as well as the House and Senate office buildings, in advance of January 6, 2021.”

Cheney and Thompson pointed to an earlier letter from Democratic Rep. Mikie Sherrill that alleged some GOP lawmakers gave Capitol tours on Jan. 5, 2021 that involved “suspicious behavior and access,” which may have given Trump supporters who entered the building “an unusually detailed knowledge of the layout of the Capitol Complex.”

“All I can think of is this is a Soviet-style propaganda trial, like a show trial,” Rep. Claudia Tenney, R-N.Y., who spent time working in Communist Yugoslavia earlier in her career, told Just the News. “They put this tape together using propaganda, selected words and clauses cut and pasted to smear the people they want to smear and to get the outcome.”

Rep, Rodney Davis, the Illinois Republican who pressed Capitol Police to review the evidence and clear Loudermilk, said Democrats who besmirched his colleague’s name need to face accountability before the House Ethics Committee.

“The Democrats need to be ashamed of themselves,” Davis told the “Just the News, Not Noise” television show Monday night.

Former Georgia Rep. Doug Collins, who played a role unraveling the Russia collusion narrative, said Democrats have reached the political limits of the proverbial boy-cry-wolf tale, and it is time for their enablers in the mainstream media to push back. Some of the biggest names in media reported the Loudermilk allegations when they surfaced last month. -JTN

“I’m wondering how many of these political writers — The New York Times Washington Post, all these folks — are actually lining up to give the retractions,” Collins told Just the News. “…Let’s just be honest. They buy any narrative they can to impugn conservative congressmen, to malign Donald Trump, to make this event that they’re trying to pin basically on the conservative movement. And they’re willing to destroy lives, you know, really to do it without actually investigating, without reporting.”

Davis, the letter’s recipient, slammed Democrats for using the media to smear a colleague without proof of wrongdoing.

“This is what we knew all along. We knew that there was no Republican who led anybody who breached the Capitol on a reconnaissance tour, leading up to January 6,” said Davis. “I had my team go through the tapes back in January to verify that because one of my colleagues, Mikie Sherrill, she started this rumor that somehow Republicans were taking people on reconnaissance tours. She said she used her military training to recognize this. Well, you know what, there is no evidence that that’s ever happened.”