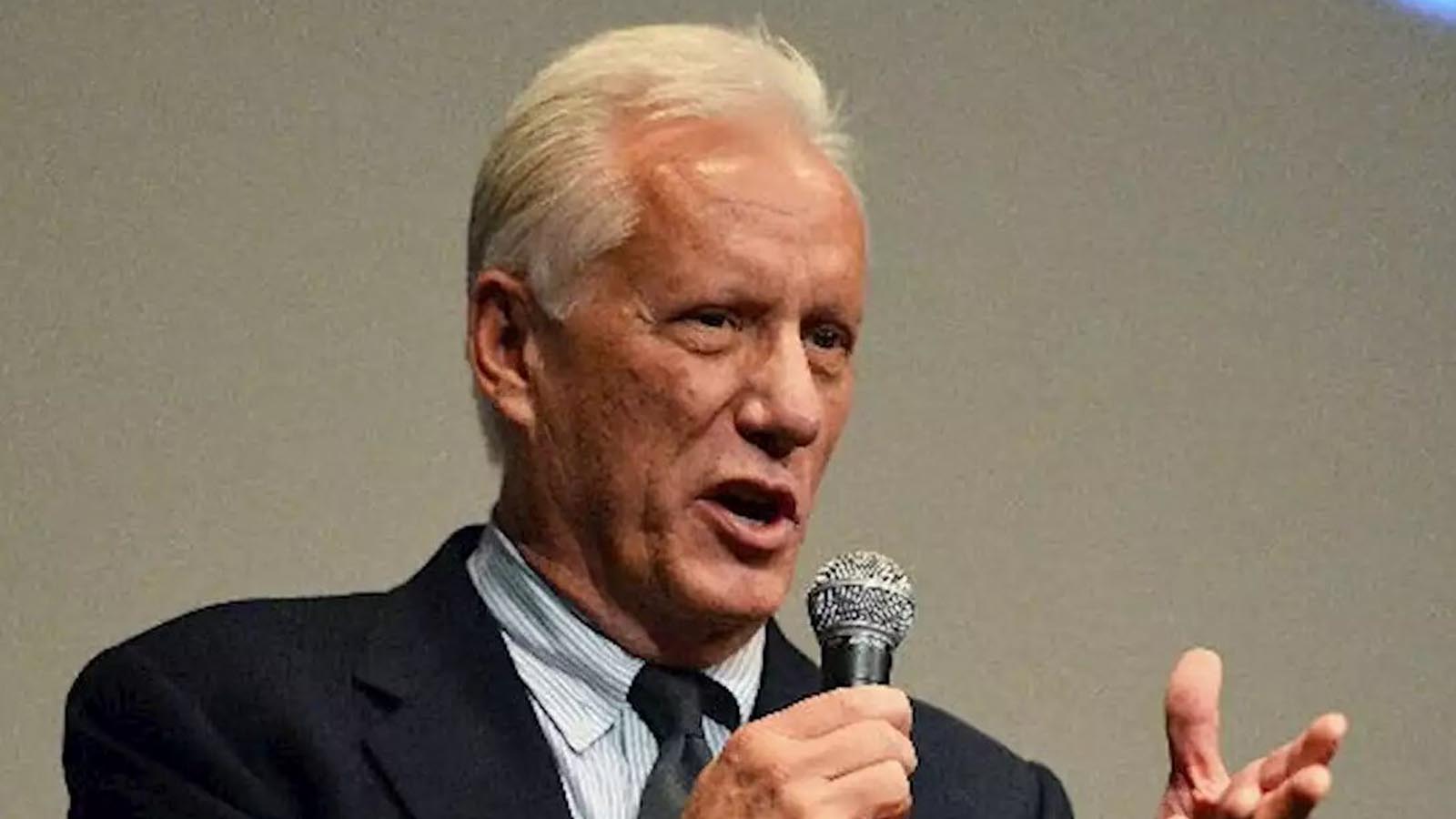 Actor James Woods, whose name appeared in the recently released “Twitter Files” on a list of tweets the Biden campaign wanted to be suppressed in 2020, says he may strike back.

A tweet posted Friday by journalist Matt Taibbi showed a post from Woods on a list of ones that offended the sensibilities of the Democratic National Committee and was part of a revelation that Twitter employees would remove posts targeted by the Biden campaign.

“How is the Twitter Files chicanery any different from Watergate in sum and substance? Nixon resigned when his henchmen tried to subvert free speech. Your turn, Mr. Biden,” Woods tweeted Friday. 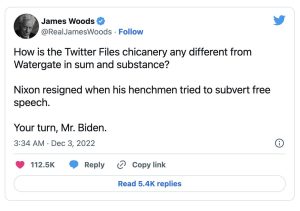 During an appearance on the Fox News show “Tucker Carlson Tonight,” Woods said he plans to do more than vent his anger at what was done.

“I can guarantee you one thing more than anything else you’ll ever hear in your life: I will be getting a lawyer. I will be suing the Democratic National Committee no matter what,” Woods said.

Thank you, @elonmusk, for giving back to all Americans, and voices around the world, the most precious of gifts – free and open speech.

I admire you and I salute you, sir.

“Whether I win or lose, I am going to stand up for the rights that every American – not a so-called celebrity. I’m not a celebrity — I’m hardly recognizable anymore because my career has been destroyed by these very people,” he said.

Woods said he hopes others will sue as well.

He also lashed out at President Joe Biden, and his “operatives in the DNC who have targeted American citizens,” saying, “Have you, Mr. President, have all of you at last, no shame.”

New documents shared by @elonmusk and journalist @mtaibbi reveal that the DNC pressured Twitter into removing a tweet from legendary actor @RealJamesWoods, who had criticized Hunter Biden.

“I am not going it take this sitting down,” Woods said. “I think these people are vermin for doing this to other people.”

Agree. How would you like to fund a class action suit for those who were suppressed? I’ll be happy to be lead plaintiff. Thank you, @elonmusk https://t.co/zAAjcEnoFu

The tweet posted by Woods that the DNC wanted censored included a photograph of a naked Hunter Biden (taken from his laptop), smoking a crack pipe while receiving a foot massage from an anonymous partner. Woods captioned the post, “Feets, don’t fail me now!”

Woods added the photo to a template the Biden campaign had produced for its supporters to use, but he altered the slogan from “I’m on Team Joe” to say instead, “I’m on Team Toe.” He changed another line on the template to say, “Text TOE to 30330.”