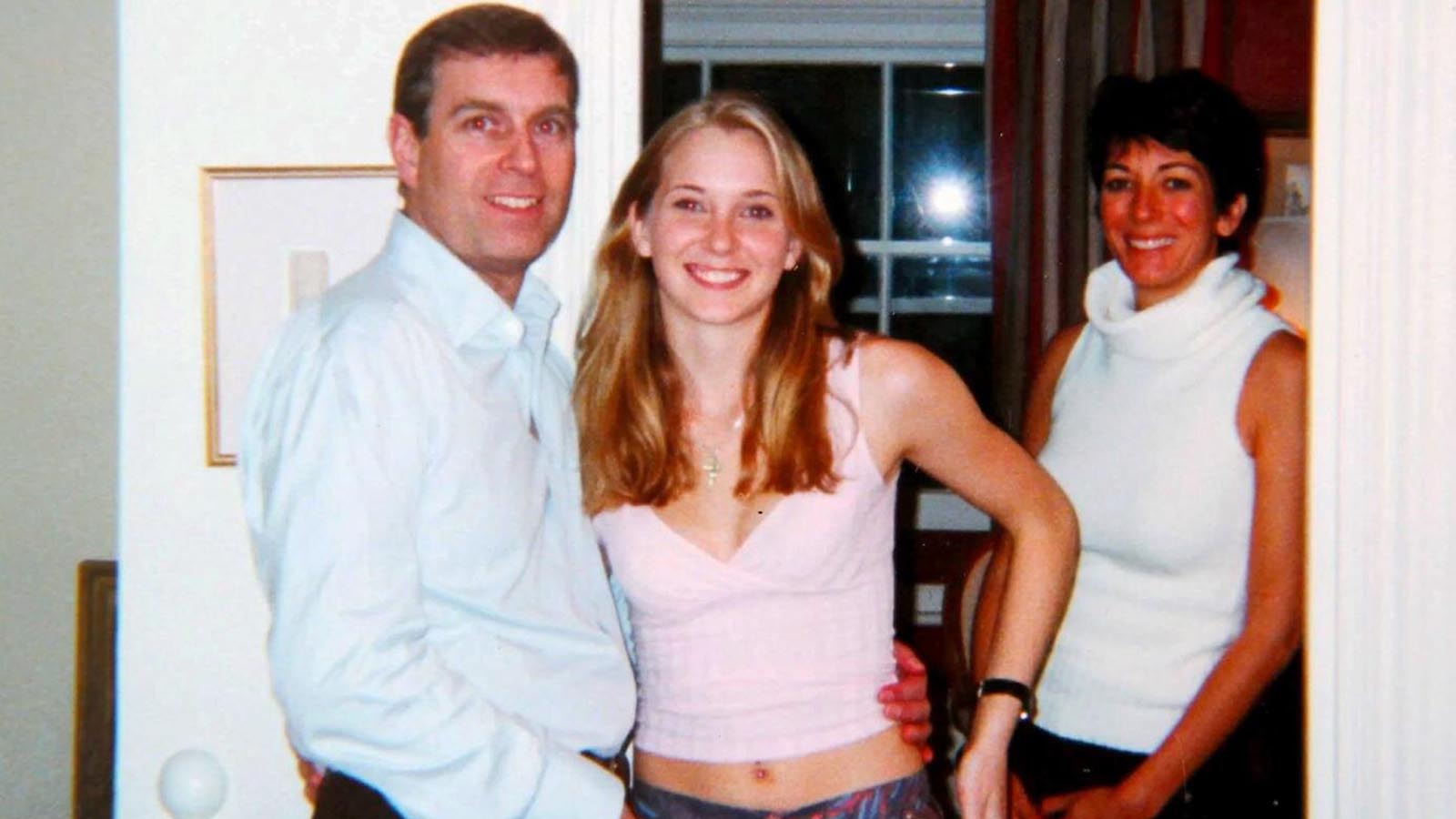 Convicted sex trafficker Ghislaine Maxwell alleged in her first jailhouse interview that the notorious photograph of Prince Andrew and Virginia Giuffre at her London home in 2000 is likely a “fake,” claiming that she has “no memory” of introducing the pair more than two decades ago.

The Oxford-educated Maxwell, who is serving a 20-year sentence in a Florida federal prison for her role in a scheme to sexually exploit and abuse multiple minor girls with Jeffrey Epstein over the course of a decade, was recently interviewed by British broadcaster Jeremy Kyle from behind bars.

The full interview is expected to air on Monday on TalkTV. In clips released as teasers for the special, Maxwell, with a phone to her ear at FTC Tallahassee, speaks of Epstein.

“I feel completely divorced from the person that people reference and talk about, and all the various newspaper articles and TV shows and podcasts,” Maxwell said.

She also described the Duke of York as a “dear friend” who should be “uplifted” after Giuffre dropped a separate sexual abuse lawsuit against American lawyer Alan Dershowitz in November.

Giuffre admitted in court documents that she “may have made a mistake” in claiming Dershowitz had abused her as a teenager.

“Her story frankly has changed multiple times. It’s very hard to know really what’s true or not,” Maxwell said, according to The Telegraph, adding that the true story “has yet to unfold.”

“I have no memory of them meeting and I don’t think that picture is real,” Maxwell added of the photograph. “There is no original of that photo, [only] copies of it that have been produced, copies of copies. Parts of it, according to some experts, looks like it has been photoshopped.”

“I don’t remember her in my home. I know that Virginia traveled with Jeffrey, and so it’s entirely possible. But the photo doesn’t appear to be real, and I don’t recall it being taken,” she added.

“Well, there’s never been an original,” she added. “And further, there’s no photograph. I’ve only ever seen a photocopy of it.”

The Telegraph reported Sunday that Prince Andrew is weighing legal options to overturn the $12 million settlement he struck with Giuffre. Giuffre alleged that the Duke of York raped and abused her three times in 2001 when she was 17. She filed a lawsuit against him in August 2020, and though Prince Andrew has denied the allegations, Buckingham Palace reportedly encouraged him to settle to avoid further damaging headlines from overshadowing Queen Elizabeth II’s Platinum Jubilee.

The move to have Giuffre retract her allegations against Prince Andrew – and possibly force an apology – could potentially open the path for the Duke of York to return to royal duties.