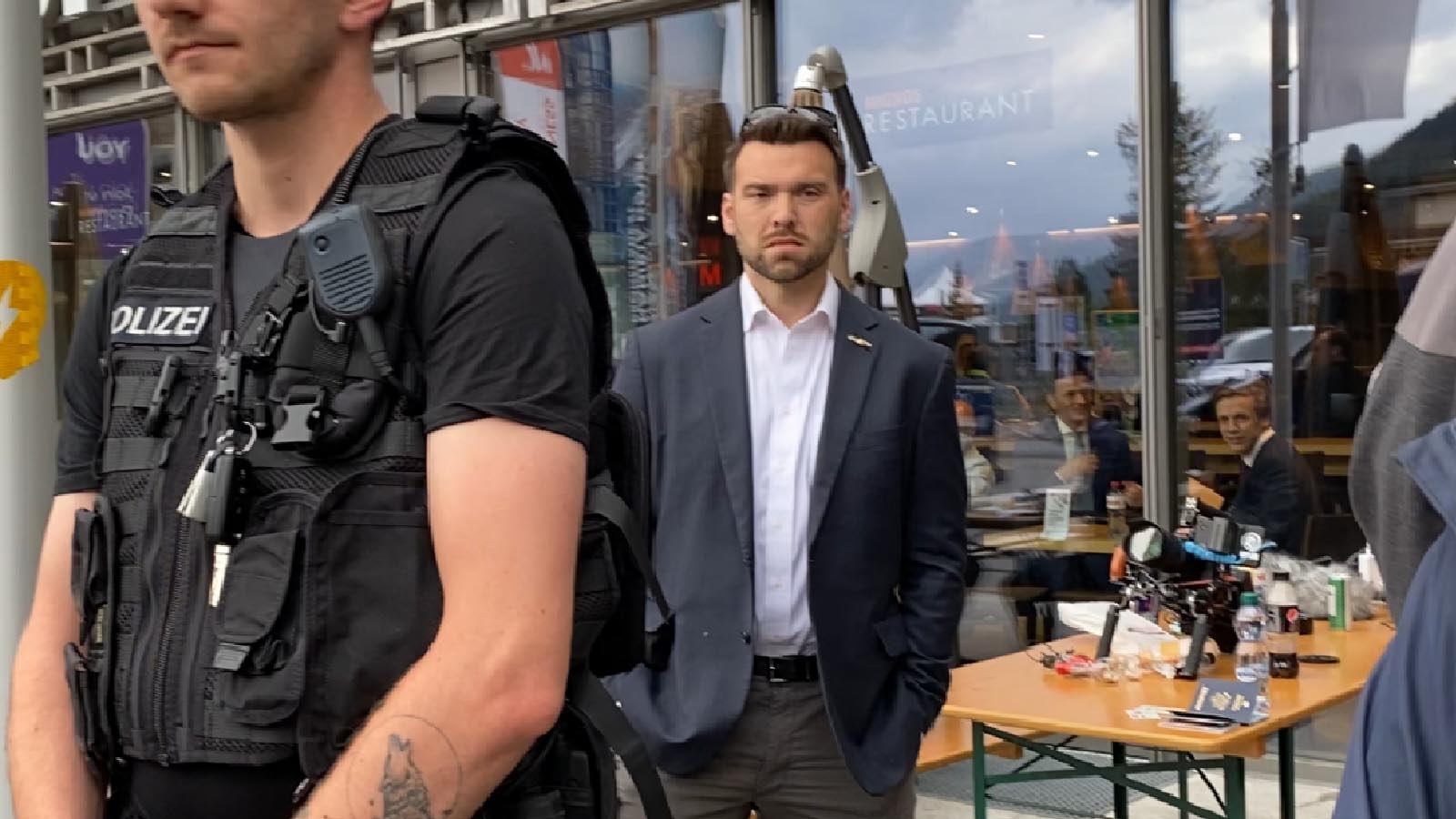 Police reportedly refused to tell Posobiec and his crew why their were being detained, though he later told The Post Millennial that he was told that they looked “suspicious” because they were filming at the entrance.

When you get detained by WEF Police and thrown into Davos lockup you really want to make sure you get the best night’s sleep in the whole wide world from https://t.co/DI9q0R8M2r promocode Poso!

Posobiec says that he had shown police his passports and press badge an hour prior. During an appearance on the Charlie Kirk Show, Posobiec said that he was asked by authorities who Turning Point USA was, and why they were in Davos.

He says that authorities asked him to turn over video and tried to separate him from his crew.

“Never once did they explain to us why we were targeted. Iwant to be clear on something, we had already given our name, our passport, and our press pass, about an hour prior,” said Posobiec who then speculated that authorities had independenly looked him and his team up after showing them their info.

We just got DETAINED at Davos by WEF Police https://t.co/C4gz5UFWUE

“We have the First Amendment within the United States of America, however, I am not in the confines of the United States of America right here. So, these police have the ability if they want to, to confiscate things from us… confiscate our cards, start deleting things, and before we can even get legal involved, they could have taken down all of the footage that we’ve already filmed today for this project… this docuseries to go along with the book that’s coming out that’s called ‘The Great Global Reset.'”

Posobiec signed off from his appearance by giving a direct message to WEF chairman Klaus Schwab, saying: “Mr. Schwab, we’re not going anywhere.”

The journalist and crew were released after independent reporter Savanah Hernandez showed up and began filming about an hour into their detention, reports Timcast.

BREAKING: We just got detained at Davos pic.twitter.com/WVLTUTzkgg

Will @JoeBiden and The @WhiteHouse condemn this? https://t.co/O2Ayq7cbh8

The World Economic Forum’s Davos event is expected to draw large crowds from all over the world, including global leaders and public figures. Over 2,500 are expected to attend.

More attention has been focused on World Economic Forum founder Klaus Schwab following an appearance by radio show host and anti-extremism expert Maajid Nawaz on the Joe Rogan Experience, where he told the show’s namesake about the WEF.

Nawaz, who is one of many crying foul over the WEF’s actions, said that the WEF was “embedding people in government who are subscribed to this agenda. The agenda of Klaus Schwab and the World Economic Forum is the same agenda of Tony Blair. They call it, on their own website, the Great Reset. That’s what they say themselves.

“Like Trudeau..I was at a reception for PM Trudeau & I know half of this cabinet or even more than half..are..actually Young Global Leaders of the World Economic Forum.. it’s true in Argentina & France now” Klaus Schwab, WEF head@JoeRogan & I #RESISTpic.twitter.com/WfbDWto8YG

“In 2017 at Harvard he’s saying… ‘we’ll penetrate these cabinets with our Young Global Leaders,” he says, before playing a video where Shwab is heard praising Trudeau for his dedication to the WEF agenda.

In the clip, Shwab says that he is “proud” of the “young generation, like Prime Minister Trudeau,” as well as President of Argentina Mauricio Macri, and others.