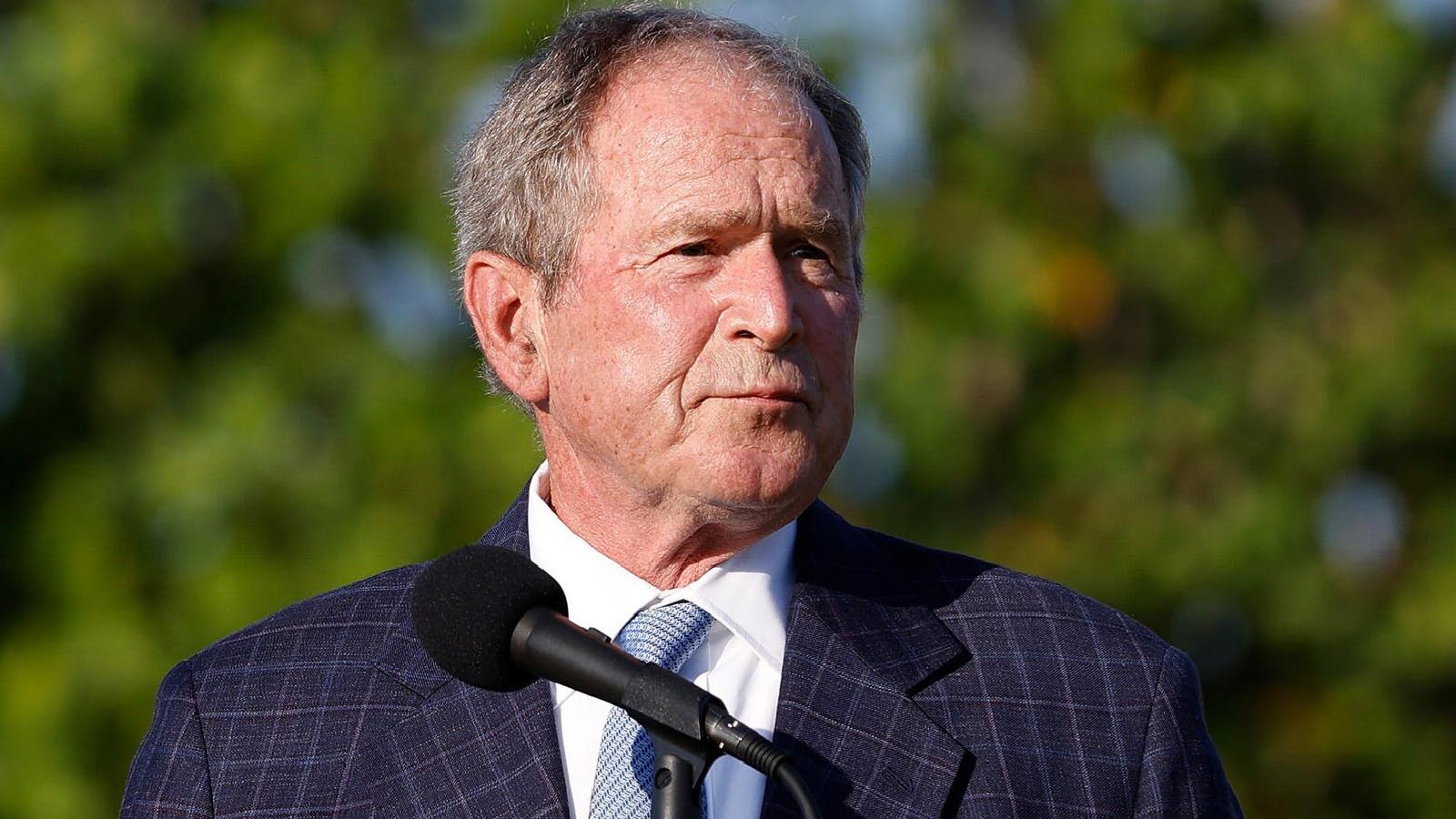 The FBI says it disrupted a plot to assassinate former US President George W. Bush, according to fresh search warrant filing just uncovered by Forbes. “An Iraqi citizen living in Columbus, Ohio, has been charged federally with an immigration crime and with aiding and abetting a plot to murder former United States President George W. Bush,” the Justice Department confirmed in a Tuesday statement. The man was reportedly in the process of applying for asylum. “Shihab Ahmed Shihab Shihab, 52, was arrested by FBI Joint Terrorism Task Force agents this morning and appeared in federal court here at 2:30pm,” the DOJ said.

“An Iraqi man in the U.S. accused of being an ISIS operative was plotting to kill George W. Bush, going so far as to travel to Dallas in November to take video around the former president’s home and recruiting a team of compatriots he hoped to smuggle into the country over the Mexican border, according to an FBI search-warrant application filed March 23 and unsealed this week in the Southern District of Ohio,” the bombshell Forbes report begins.

“The FBI said it uncovered the scheme through the work of two confidential informants and surveillance of the alleged plotter’s account on the Meta-owned WhatsApp messaging platform,” the report continues.

The man was living in Columbus, Ohio – and according to the warrant which allowed agents to track the alleged ISIS member via WhatsApp – wanted to kill the former present as he was “responsible for killing many Iraqis” as well as “breaking apart the country after the 2003 U.S. military invasion.”

Undercover FBI agents were able to communicate with the plot organizer as the agency put together evidence, including the following, according to Forbes:

In November 2021, the suspect revealed to the FBI insider the plot to assassinate Bush and asked the confidential source if he knew how to “obtain replica or fraudulent police and/or FBI identifications and badges” to help carry out the killing, and whether it was possible to smuggle the plotters out of the country the same way they came in after their mission was complete, according to the warrant.

“Also, in the FBI court filing, the alleged plotter claimed to be a member of ‘the resistance’ and had killed many Americans in Iraq between 2003 and 2006, packing vehicles with explosives and detonating them when US soldiers were near,” Forbes reported.

One of the FBI’s confidential informants traveled with the suspect where the Iraqi man recorded video of Bush’s residence, and later captured more footage at the George W. Bush Institute, federal agents said in the warrant.

This bombshell report puts it in the absolute starkest terms the necessity to secure the border NOW. #BidenBorderCrisis https://t.co/XqSI17KtJT

Texas Senator Ted Cruiz took to Twitter to write: “This bombshell report puts it in the absolute starkest terms the necessity to secure the border NOW” – given this very debate has taken center state as GOP leaders have pushed for greater action from a resistant Biden administration.

Writes Forbes of the suspect’s busted plot, “His plan, according to the warrant, was to get Mexican visitor visas for the ISIS operatives, using passport information he would send to the informant over WhatsApp, before getting them over the border.”

But it remains that the story has some serious red flags attached to it, suggesting the possibility – given this is definitely not without precedent – that the FBI could have possibly lured a deranged individual into a criminal conspiracy which has fantastical elements.

One more tidbit of wildness:

The suspect claimed to have recently smuggled two individuals associated with Hezbollah into the U.S. for a fee of $50,000 each.https://t.co/WgvBkynXPz

As one glaring example, Forbes details that “In one conversation from December, according to the warrant, the suspect claimed to have had just smuggled two individuals associated with Hezbollah — a terrorist organization, according to the U.S. — into the U.S. for a fee of $50,000 each.”

Anyone with even the most basic grasp of Middle East geopolitics understands well that ISIS and Hezbollah are bitter enemies which have from the birth of the so-called ‘Islamic State’ been locked in a perpetual state of war (also representing the deep divide between radical Sunnism vs. extremist Shi’ism, with either side seeing the other as apostate). Simply put, there’s not been a single known scenario in which the two groups have ever “worked together” in any form whether in their homelands or abroad.

There is some fleeting chance this is true. https://t.co/mji34uKCDV

The overwhelming probability is that the FBI didn't just entrap him but incepted the idea. Whether it's Michigan bumpkins or Iraqi asylum seekers, the FBI is not to be trusted. @zbofanclt

But ISIS and Hezbollah working together on a complex overseas plot? There’s much that’s ‘off’ about this one. Another bizarre detail among many is that the suspect claimed to have access to large quantities of cash based on “communications with a friend in Qatar who was a former minister in Iraq under Saddam Hussein,” the FBI said in the warrant.