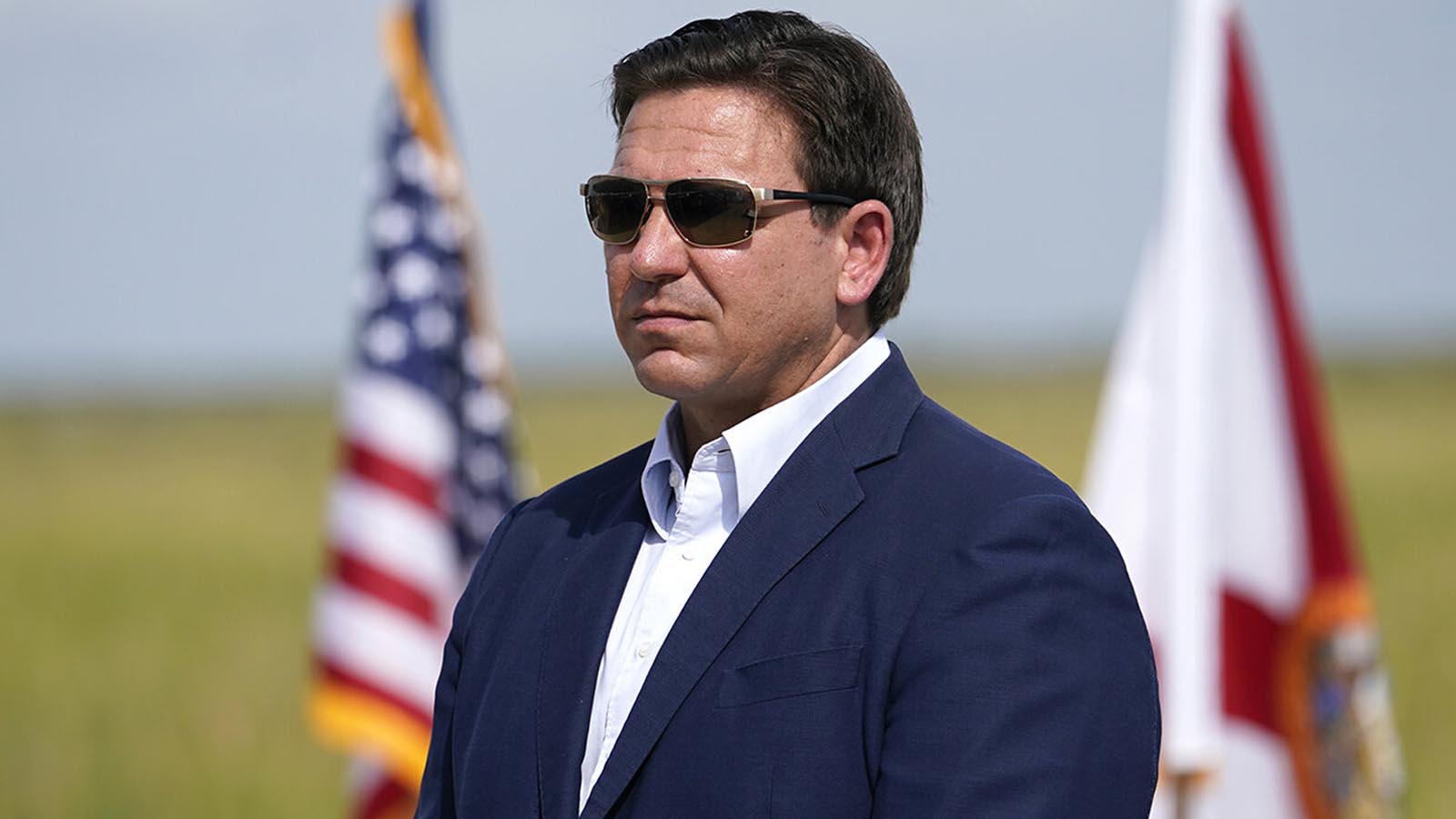 With former President Donald Trump all but picking out new drapes for the Oval Office, the tantalizing question not only gripping the Republican Party but no doubt, also on the minds of nervous Democrats, is whether popular Florida Governor Ron DeSantis will also throw his hat into the 2024 presidential ring.

Those who believe DeSantis will not seek the 2024 Republican nomination, including many DeSantis supporters, cite the governor’s wife, Casey, who became a champion for fighting cancer in the Sunshine State, as a reason, and also that DeSantis is running for reelection as Florida’s 46th governor in November and may choose to fulfill his second term, assuming he wins.

However, doctors in June declared Casey DeSantis cancer-free, and Team DeSantis’ actions, along with money — from the governor’s campaign coffers and wealthy supporters — suggest he might already be looking beyond the Florida Governor’s mansion.

As is generally the case in politics, let’s follow the money.

To be sure, DeSantis has been careful not to add to the growing speculation that he will make a presidential bid in 2024. The governor has brushed off questions about his political ambitions, while Trump continues to hold rallies and “hint” — 24×7 — that he will enter the race, perhaps sooner rather than customary, after Labor Day.

But, as reported by Yahoo News, there are signs that DeSantis could be — behind the scenes — actively preparing for a White House run, even as he campaigns for a second term as governor:

A Reuters analysis of DeSantis’ social media ads shows he has dramatically expanded his out-of-state ads in recent months, an indicator, say some political analysts, that he may be laying the groundwork for a national campaign.

In the first three months of this year, political ads sent through DeSantis’ Facebook and Instagram pages were overwhelmingly concentrated in Florida, as one would expect from a man running for office in the state.

But by the April-June period, they were spread roughly evenly between Florida and the rest of the country, according to a Reuters analysis of regional spending data for social media ads compiled by New York University’s Cybersecurity for Democracy project.

DeSantis’ increase in out-of-state ads suggests a move toward building a nationwide network of supporters, said three Republican strategists, including Ron Bonjean, who was an adviser to former President Trump’s 2016 presidential transition team.

It’s an important part of the campaign playbook and can help him build support quickly should he eventually throw his hat in the ring.

Bonjean suggested DeSantis’s timing matters, given that Trump could make his announcement “at any moment,” and potentially put a dent in any momentum DeSantis might have.

Credence exists to back Bonjean’s observations. As RedState reported in late June, the first major 2024 poll in New Hampshire showed DeSantis leading Trump and beating Biden in a general election matchup. The same poll found Trump losing the election to Biden by seven points. And yes, I get it: New Hampshire is not Texas, nor is it a swing state, but the poll was conducted among likely Republican voters. Similarly, a June 2021 straw poll also found DeSantis beating Trump for the 2024 nomination.

Lest anyone be about to lose his or her mind over the mere mention of these poll results, months before the first Republican presidential primary season begins, they are worthy of consideration for a singular reason:

While a substantial percentage of the Republican Party continues to believe Donald Trump should be all but ceremoniously handed the 2024 nomination and “rightly” returned to power, an equally substantial percentage believes that while Trump accomplished much as president, his time has come and gone, and a “fresh face” — with an eye on the future — should become the next Republican standard-bearer.

If DeSantis does run in 2024, along with Trump, of course, and perhaps several other candidates, the Republican Party will rip itself apart at the seams. Given the current dynamics of the party, I’m not sure that’s a bad thing. You know, like, “Let’s just get it the hell over with” and move on.

My hope, of course, is that the Republican Party would then be able to put itself back together before the general election — if at all — and beat the hell out of clueless Joe Biden or any other leftist puppet the Democrats decide to run. Wishful thinking? Perhaps it is.

Incidentally, as to my question in the headline? I believe the answer is “yes.”