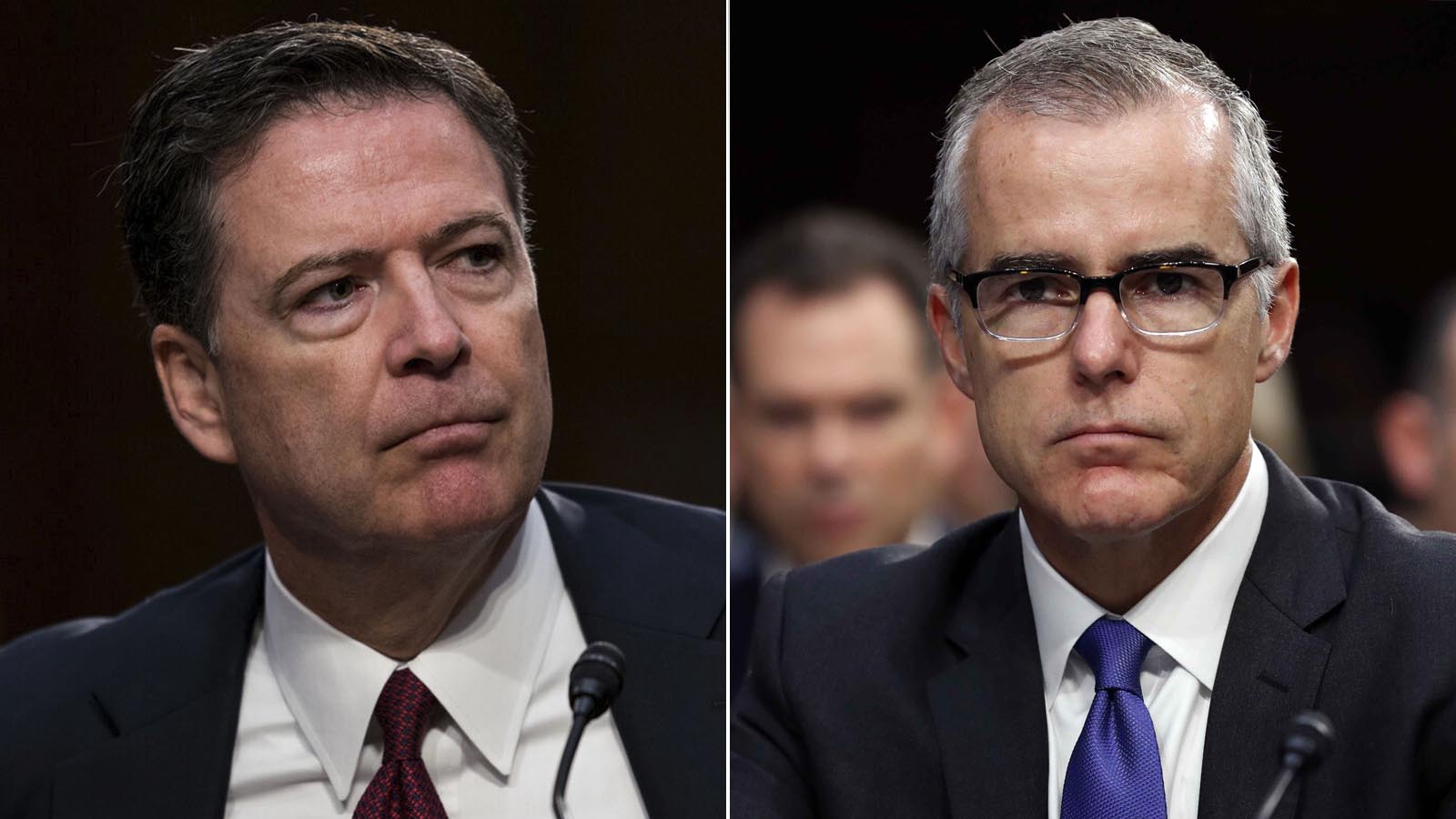 The IRS has requested a review of its tax audits against former FBI Director James Comey and former FBI Deputy Director Andrew McCabe in response to a report that raised questions about political bias.

IRS Commissioner Charles Rettig, who was appointed to the post during the Trump administration, referred the matter to the Treasury Department’s inspector general for review, according to the agency, which maintains that such audits are random and exceedingly rare — but because Comey and McCabe have been heavily criticized by former President Donald Trump, questions have been raised about whether they were targeted.

“The IRS has referred the matter to the Treasury Inspector General for Tax Administration for review,” the agency told the Washington Examiner in a statement. “Audits are handled by career civil servants, and the IRS has strong safeguards in place to protect the exam process — and against politically motivated audits.”

An audit of Comey and his wife reportedly began in November 2019 for his 2017 tax returns. The agency found the pair overpaid their income taxes and received a refund in response, the New York Times reported. Comey did not comment on the referral when asked by CNN.

The audit of McCabe and his wife reportedly started in October 2021 over his 2019 returns, notably after Trump departed from the White House. The McCabes owed the federal government a small sum of money and believe the audit has concluded, McCabe told CNN. He had called for an investigation and lauded the referral to the inspector general as “the right step.” He stressed the findings should be made public, per CNN.

Both Comey and McCabe appear to have been audited by the IRS’s National Research Program, which selects individuals at random through a software program, according to the agency. The program is intended to gauge national tax compliance. Employees at the agency do not select individuals manually for examination, and Rettig had no role in choosing the candidates, according to the IRS.

The agency also noted federal privacy laws bar it from “discussing specific taxpayer situations.” The odds of being one of the roughly 5,000 taxpayers selected at random for an audit out of 153 million who filed income taxes in 2017 was about 1 out of 30,600, per the New York Times.

A spokesperson for Trump denied knowledge of the audits of his two political foes. Comey and McCabe have made a plethora of media appearances criticizing the former president and even published books critical of his conduct in office.

Trump fired Comey in 2017 and suggested to NBC’s Lester Holt that his frustration with an inquiry into alleged Russian interference in the 2016 election was top of mind when he fired him. He later denied firing Comey over the Russia matter. The firing of Comey ushered in former FBI Director Robert Mueller to lead a special counsel investigation into alleged collusion with Russia by members of the Trump campaign and whether Trump and his associates committed obstruction of justice.

McCabe was fired from his post in 2018 and filed a wrongful termination suit in 2019. The audit of him came around the time he reached a settlement with the Justice Department in the case, the New York Times reported.

“As we learned from the repeated targeting of conservative groups and the dangerous leaking of private tax returns under the Obama and Biden Administrations, the IRS should never be used as a weapon against political opponents,” Brady said in a statement. “I support investigating all allegations of political targeting.”