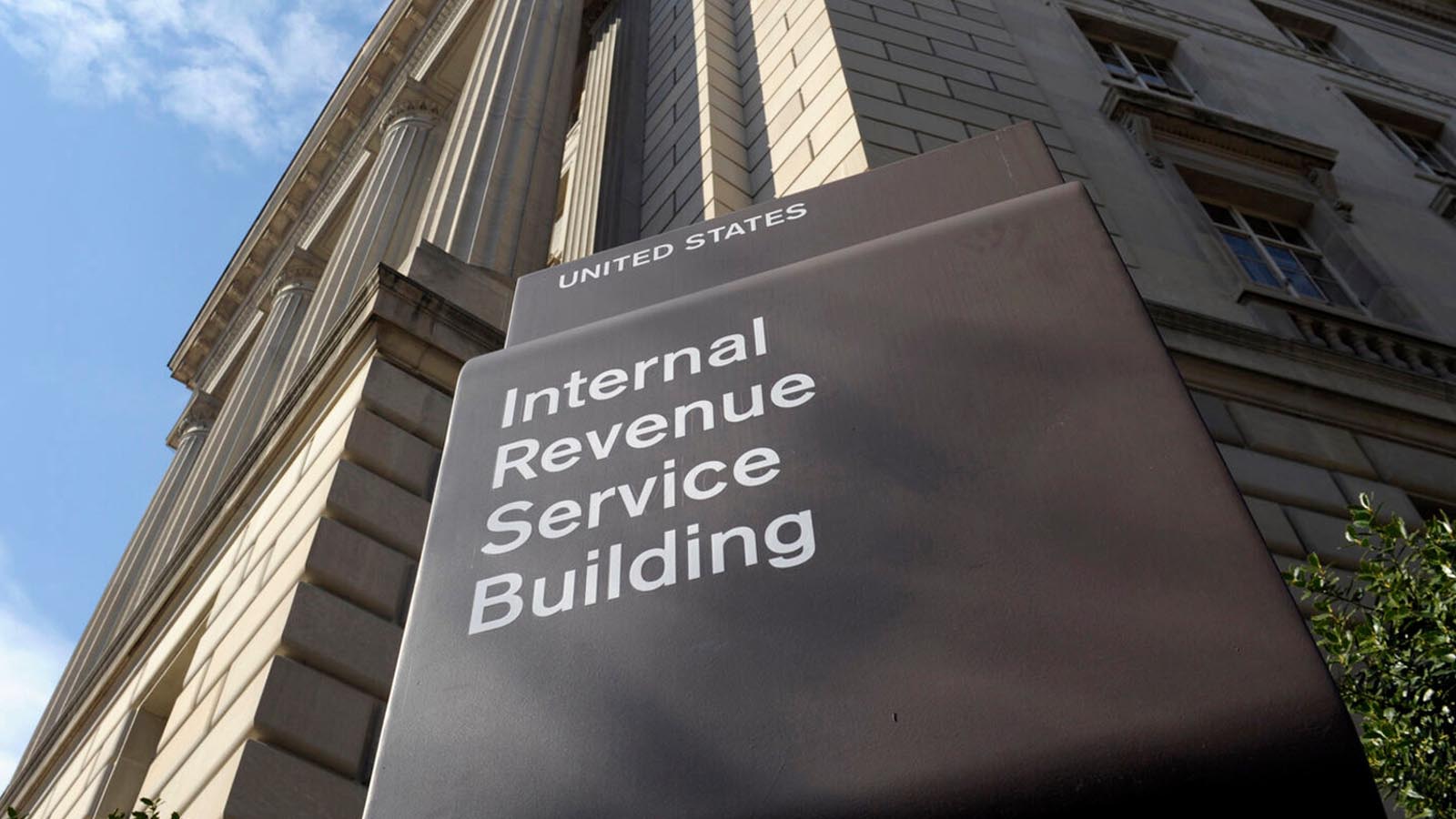 The Internal Revenue Service (IRS) is targeting low-wage working-class Americans, as well as those in the middle class, with audits while earners making a million or more annually are reviewed at a lower rate, a report detailing federal data reveals.

The data obtained by the Transactional Records Access Clearinghouse (TRAC) at Syracuse University shows the odds of the IRS auditing a millionaire, in the traditional way carried out by revenue agents or tax auditors, was just 1.1 percent.

The IRS audit rate indicates that barely one out of every 100 millionaires in the United States was audited by revenue agents or tax auditors in Fiscal Year 2022. When correspondence audits — letters sent by the IRS asking for more financial documentation — are included, millionaires were still only audited last year at a rate of 2.4 percent.

An estimated 700,000 millionaires faced no scrutiny from the IRS last year. 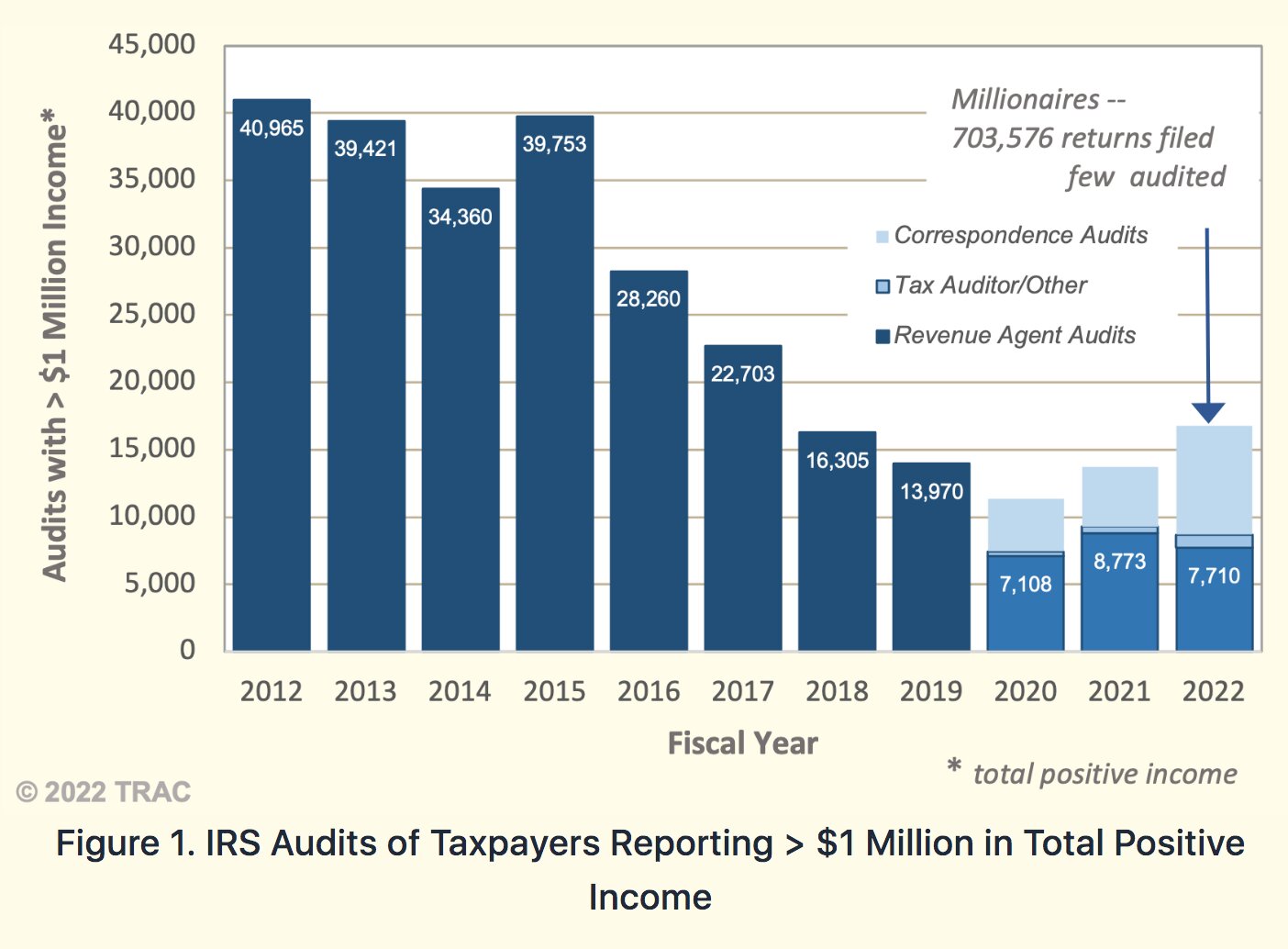 Meanwhile, the nation’s lowest income earners making less than $25,000 annually had an IRS audit rate of 1.27 percent. Nearly 8,900 audits on working-class income earners were carried out by revenue agents or tax auditors — fewer than the nearly 8,700 audits, conducted the same way, on millionaires in Fiscal Year 2022.

Millionaires, as discussed previously, did have the highest odds of being audited. However, if one ignores the fiction of auditing a millionaire through simply sending a letter through the mail, the odds that millionaires received a regular audit by a revenue agent (1.1%) was actually less than the audit rate of the targeted lowest income wage-earners whose audit rate was 1.27 percent! [Emphasis added]

Likewise, lower and upper-middle-class Americans earning anywhere from over $25,000 to less than $200,000 saw about 63,000 IRS audits through revenue agents or tax auditors last year and more than 187,000 audits conducted via correspondence letters.

Put another way, 1.9 of every 1,000 middle-class Americans was audited by the IRS last year — higher audit rate compared to millionaires when correspondence audits are excluded. 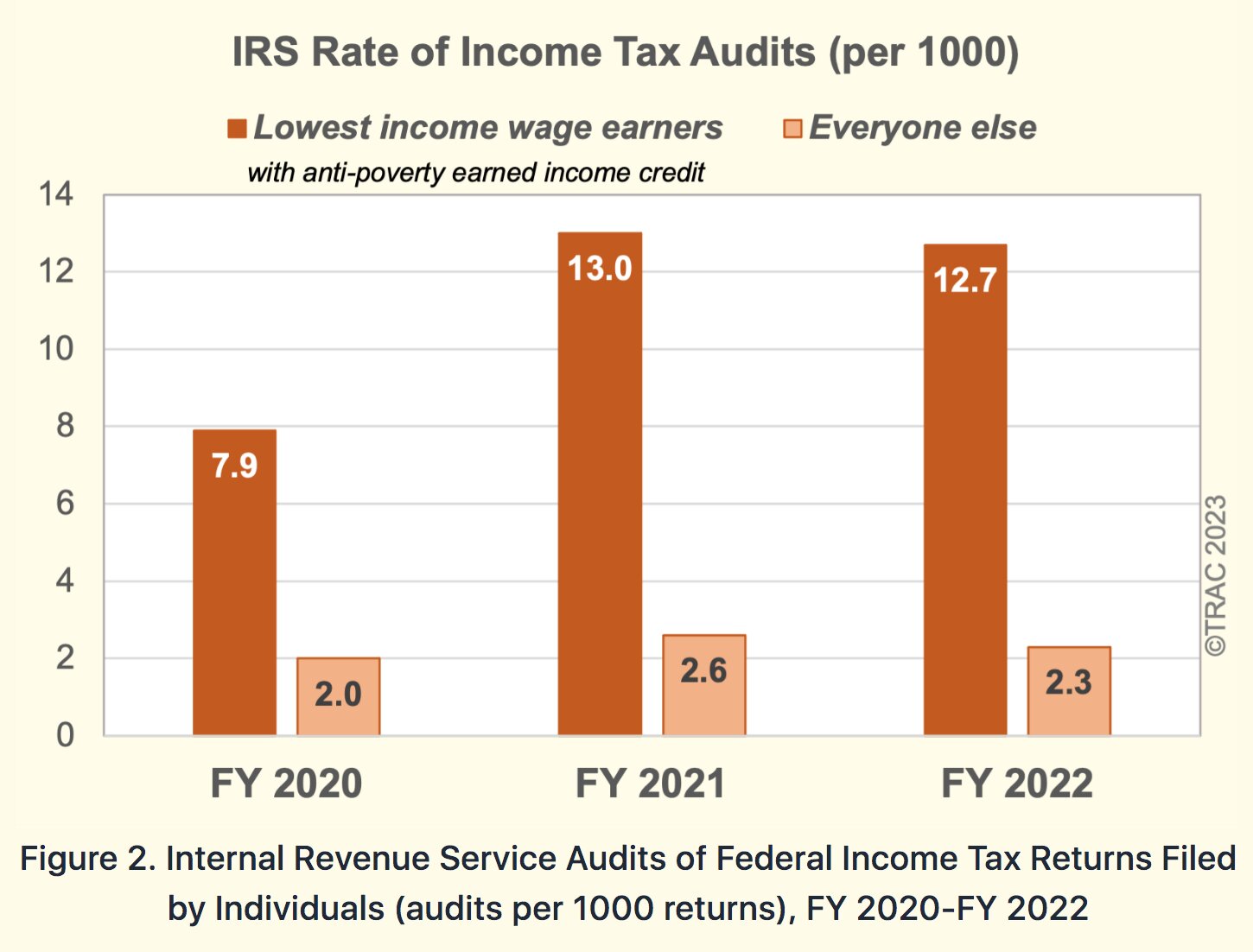 The data comes as Democrats and President Joe Biden rammed through legislation last year that is set to squeeze $20 billion from mostly working and middle-class Americans through more IRS audits.

As Breitbart News chronicled, 78 to 90 percent of the taxpayer money raised via these new IRS audits and investigations will come from American households earning less than $200,000 a year. Meanwhile, just four to nine percent is expected to come from households earning more than half a million a year.