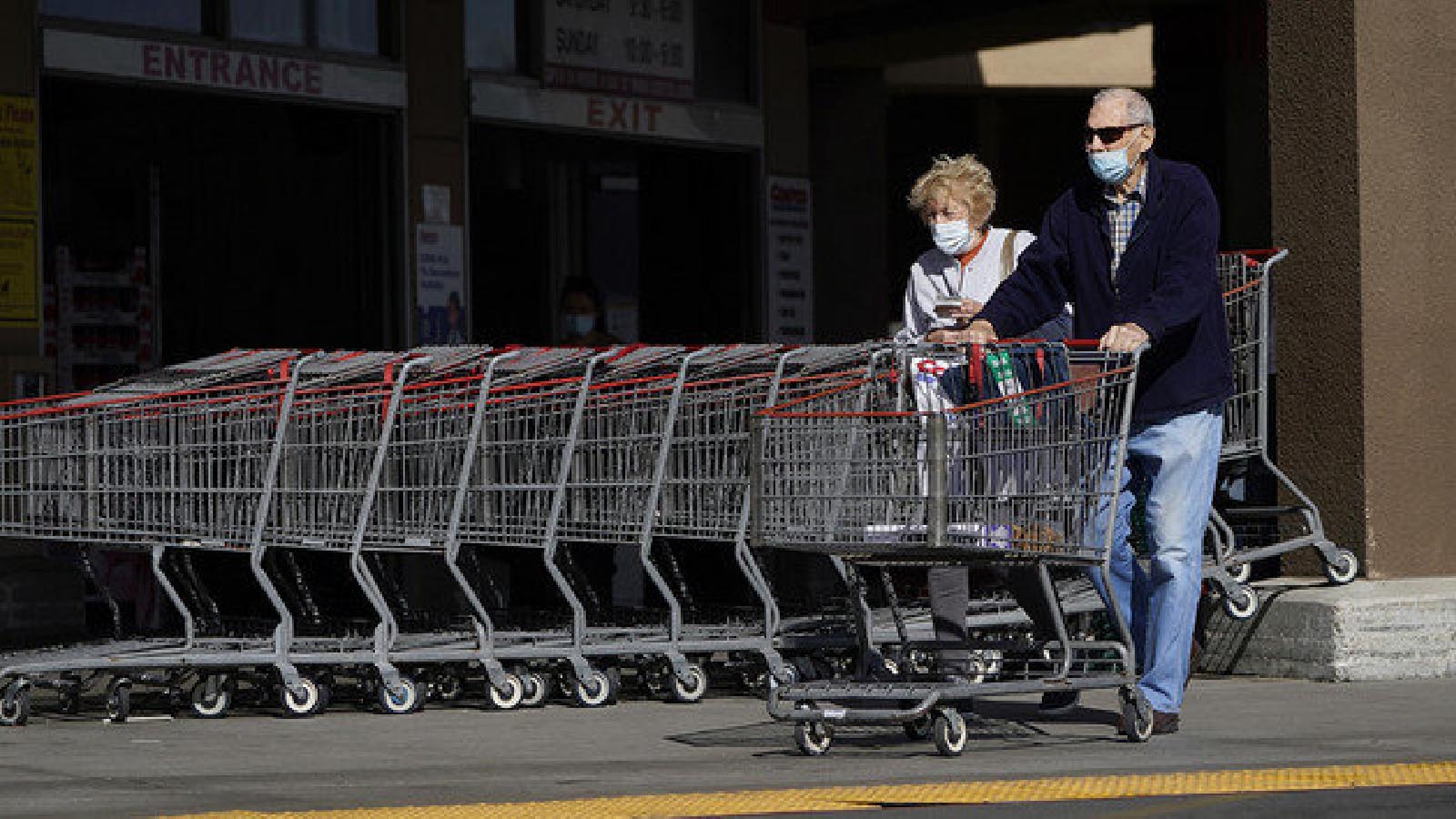 The U.S. annual inflation rate surged to 8.6 percent in May, topping the market estimate of 8.3 percent.

According to data from the Bureau of Labor Statistics (BLS), the consumer price index (CPI) rose 1 percent on a month-over-month basis. Key drivers of inflation such as food, energy, and housing showed no signs of slowing last month.

All of the inflation indexes ran high in May, with food prices soaring 10.1 percent and energy increasing 34.6 percent.

The yield on 2-year U.S. Treasury notes increased more than 17 basis points to 3 percent, reaching its highest level since June 2008.

This is “signaling that investors now expect that the Fed will have to raise the federal funds rate by another 200bps over the next 12 months,” Ed Yardeni, president of Yardeni Research said in an email to clients.

“The 10-year yield remained around 3.10 percent, suggesting that the yield curve is anticipating a significant economic slowdown, which will lower inflation,” he added.

One of the hot topics in recent weeks has been whether or not inflation has peaked.

Over the last couple of months, some components of the U.S. marketplace have eased, particularly used car prices. However, as the May CPI report revealed, many goods and services have continued to increase in cost, especially on the energy front.

The persistent jumps in a broad array of energy commodities, including crude oil, natural gas, gasoline, and diesel, could send the CPI higher in the coming months.

Mohamed El-Erian, a top economist and chief economic advisor at Allianz, has been skeptical of claims that inflation has reached a peak.

He reiterated this stance on Friday, noting that the June month-on-month headline reading could be worse than the May report.

“Amplifying the economic/social/political discomfort, headline is a new high for this inflation cycle,” he wrote on Twitter. “Also, if the first 10 days of June are anything to go by, the next monthly measure would be higher.”

He also suggested that the bond market’s reaction to U.S. inflation data points to a more aggressive Fed response and a bigger economic downturn.

Over the last month, West Texas Intermediate (WTI) and Brent crude prices have advanced about 10 percent. Natural gas soared 16 percent. The national average for a gallon of gasoline is nearly $5, while diesel is homing in on $6, data from the American Automobile Association (AAA) show.

“For inflation to ease persistently, we need to see energy prices soften,” she said in a research note on Friday.

Euro Pacific Capital chief economist and strategist Peter Schiff rejected the premise that the U.S. is at peak inflation, telling Fox Business that “inflation is going to get much worse.”

“This inflation is just getting started. I mean, we’ve had it for a long time in financial assets, but now it’s finally moved into consumer goods and it’s got a long way to go,” he said.

Other U.S. policymakers are waiting for more data to determine if the economy has seen the worst of higher prices or if inflationary pressures will subside.

Loretta Mester, the president of the Federal Reserve Bank of Cleveland, told CNBC last week that she has not seen enough evidence to suggest inflation has peaked.

“I don’t want to declare victory on inflation before I see really compelling evidence that our actions are beginning to do the work,” Mester stated.

The rate-setting Federal Open Market Committee (FOMC) will hold its two-day June policy meeting on June 14–15. According to the CME Group FedWatch tool, it is widely expected that the U.S. central bank will pull the trigger on a 50-basis-point interest rate hike.

During a Senate Finance Committee hearing on Wednesday, Treasury Secretary Janet Yellen conceded that the United States would endure “unacceptable levels of inflation” for some time, although she “very much hopes that it will be coming down now.”

In separate testimony in front of the House Ways and Means Committee hearing, Yellen acknowledged that she “probably could have used a better term than transitory” when discussing inflation.

U.S. families are paying an average of $311 more per month for goods and services, according to recent estimates from Moody’s Analytics.

Last month, a CNBC + Acorns Invest in You survey, conducted by Momentive, learned that many consumers are cutting back on dining out, reducing their driving, canceling a trip, and ending monthly subscriptions.

“The biggest increases are coming in categories that are absolute necessities—shelter, food, and energy,” McBride told The Epoch Times. “This is why we’re beginning to see signs of strain among consumers that are dialing back discretionary spending or looking to economize as much as possible.”

The best strategy that consumers and investors could employ, particularly in a stagflation environment, is turning to gold and silver, says William Stack, a financial advisor at Stack Financial Services.

According to Stack, these precious metals are some of the top-performing assets amid stagflation.

Although silver has tumbled about 7 percent year-to-date, gold has held steady with a gain of nearly 1 percent. Both metal commodities have outperformed the leading U.S. benchmark indexes.

“Historically, gold and silver have continued to do well even in the years immediately following stagflationary periods, increasing 5–8x in price over a 3–5 year period,” Stack told The Epoch Times.

“Conditions appear to be similar in many ways and more extreme in some ways. We recommend clients and retirees protect themselves by owning insured equity-linked accounts that protect their principal from market declines while allowing the earnings potential to keep up with inflation and saving a portion (10-20 percent) of their savings in precious metals as well.”

According to the Federal Reserve Bank of New York’s (FRBNY) monthly Survey of Consumer Expectations, one-year median inflation expectations tumbled to 6.3 percent in April, down from 6.6 percent in March.