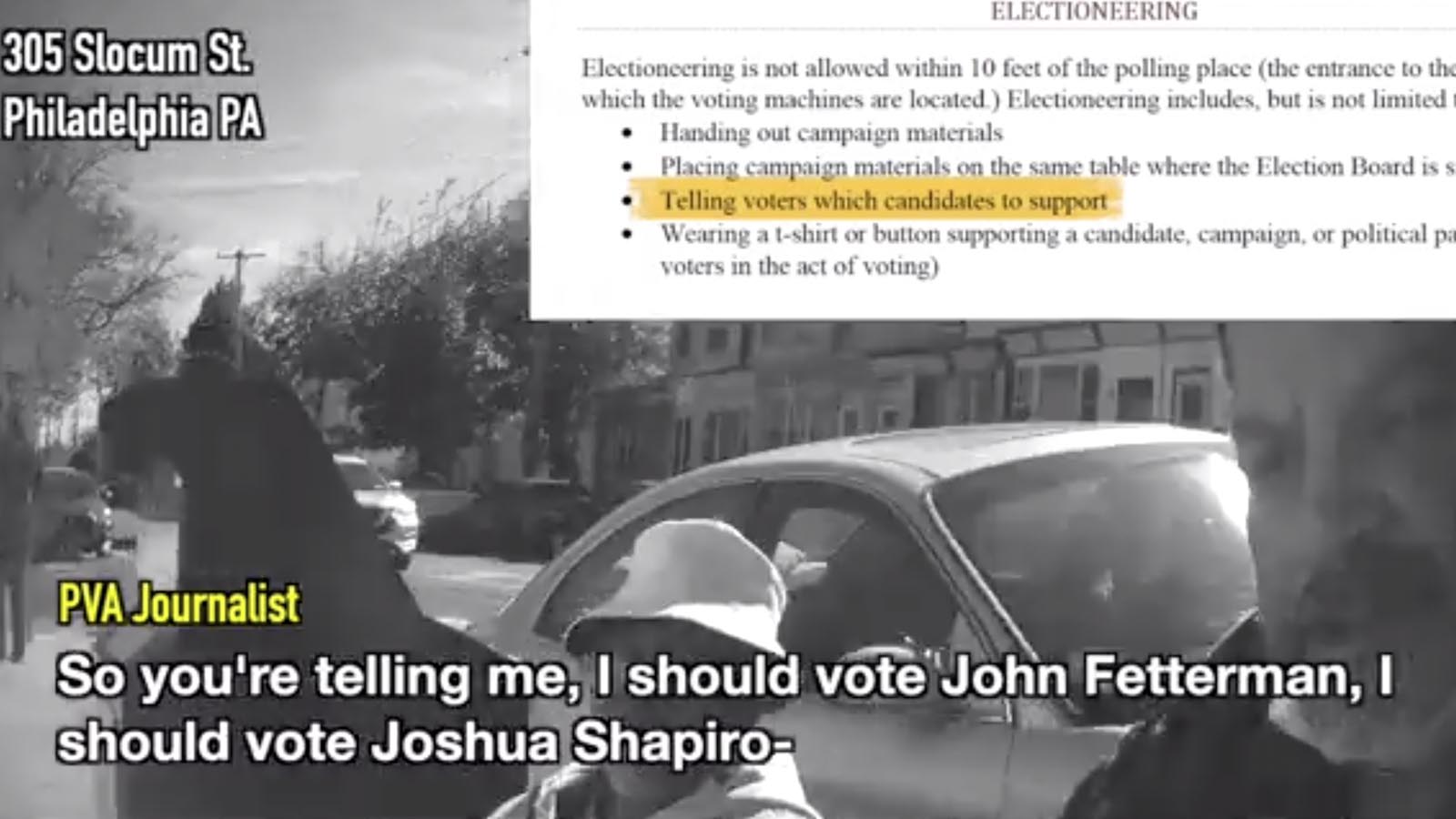 In an undercover video filmed by Project Veritas Action (PVA) journalists at a Philadelphia polling location, Project Veritas founder James O’Keefe alleges that the investigative group’s journalists were told whom to vote for mere feet outside of one of the city’s polling places. Two of the interactions were captured on camera. “This is referred to as electioneering,” O’Keefe asserts.

“This is a Democratic Party form,” says a “committee person” whom PVA identifies as Rudy Stewart. The self-identified committee member presents a stack of papers titled “Official Democratic City Committee Ballot” for the 2022 general election in Philadelphia County. “Here’s the ballot,” Stewart says while speaking to an undercover PVA reporter.

At another point in PVA’s footage, Stewart states to presumed voters passing through: “Anyone need Democratic Party information?” Stewart then hands out the material to the passersby. Later on, pointing to Fetterman’s Republican opponent Dr. Mehmet Oz’s name listed on a table of Pennsylvania candidates pinned to a wall, Stewart says, “We’re scared of him.”

“I’m scared of him. We’re scared of him,” Stewart states, gesturing to Oz’s name, then to Shapiro’s GOP rival Doug Mastriano’s name. “So don’t vote for them?” a PVA reporter questions. “Yes,” Stewart affirms with emphasis. “These guys are scary.”

Another “committee person” PVA identifies as James Harrison says, “I just help out whoever, the majority of the community supports.” An undercover PVA journalist asks, “So you’re telling me I should vote John Fetterman? I should vote Joshua Shapiro?” To which Harrison replies: “If you vote Democrat, all of them are the Democratics [sic]. They only got one against one.”

PVA’s video cites a section in Philadelphia County’s training guide for election board officials that defines electioneering, which includes “Handing out campaign materials” and “Telling voters which candidates to support.” PVA highlights both components.

O’Keefe also claims that pro-Fetterman and pro-Shapiro campaign posters were hanging at the entrance of the polling center.