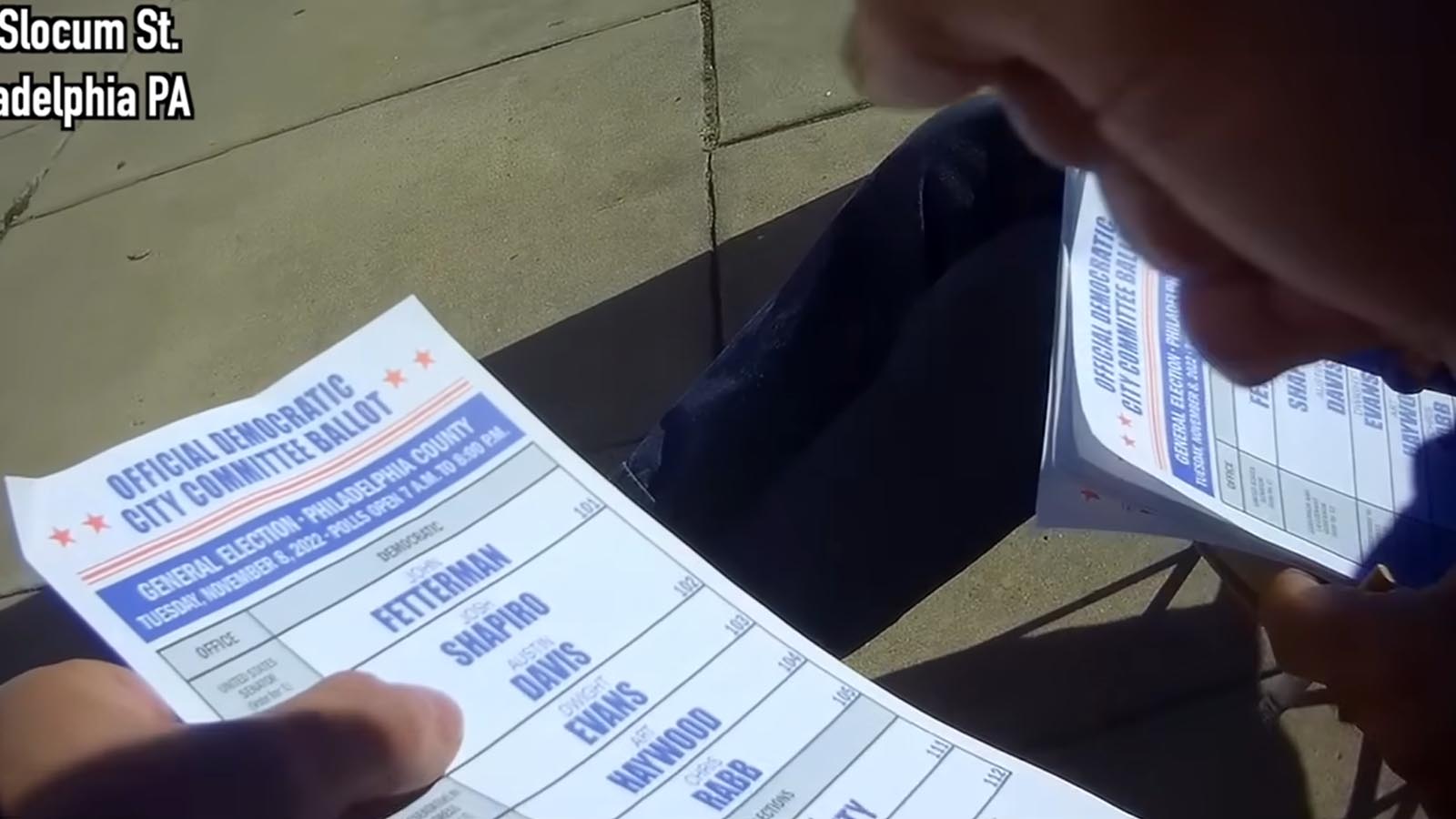 The group released two videos it said were shot Tuesday by undercover individuals.

In one, a man identified as Rudy Stewart hawks pre-printed lists of Democrats, telling passersby, “Anyone need Democratic Party information?”

The video then shows a man later identified as James Harrison being asked by an undercover journalist, “So you’re telling me I should vote John Fetterman? I should vote Joshua Shapiro?”

“If you vote Democrat, all of them are the [Democrats],” Harrison said.

Project Veritas founder James O’Keefe said in the video that the interactions were “within arm’s reach” of the door to a polling place, noting, “This is referred to as electioneering.”

Philadelphia County law bans electioneering within 10 feet of the room in which voting machines are kept, according to a snippet of the law Project Veritas shared as part of the video.

O’Keefe said the Democratic Party had a pre-printed list of its candidates that was being handed to voters.

Stewart, who identified himself as a committee person, was handing out the forms.

Harrison also said he was a committee person, adding, “I just help out whoever the majority of the community supports.”

Stewart said the candidates on the Democratic form were “more or less liberals and looking out for the poor guy.”

After saying he was “scared” of Republican Mehmet Oz, who lost his Senate race against Fetterman, Stewart said, “I’m for someone being liberal, but not way liberal.”

Stewart summed up his opinion of Oz and GOP gubernatorial candidate Doug Mastriano by saying, “These guys are scary.”

“So don’t vote for them?” the undercover journalist asked. “Yes,” Stewart said.

In a companion video, a woman identified as Christie Yang, an elections board Mandarin translator, tells the undercover individual to vote for Democrats. The video appears to be shot outside a polling location.

“If the Democrats win, then at least they represent us,” she said. “I don’t bother [with] Republicans because they’re the Trump people.”

“Do you think I should vote down-ballot [for] the Democrats?” the undercover individual asked. “Yeah, that’s what I think,” Yang said.

The video then shows Christopher Cwienkala, identified as the judge of elections for the area.

“That doesn’t look good,” he said as he was shown the footage of Yang. He said he would discuss the situation with the Board of Elections.