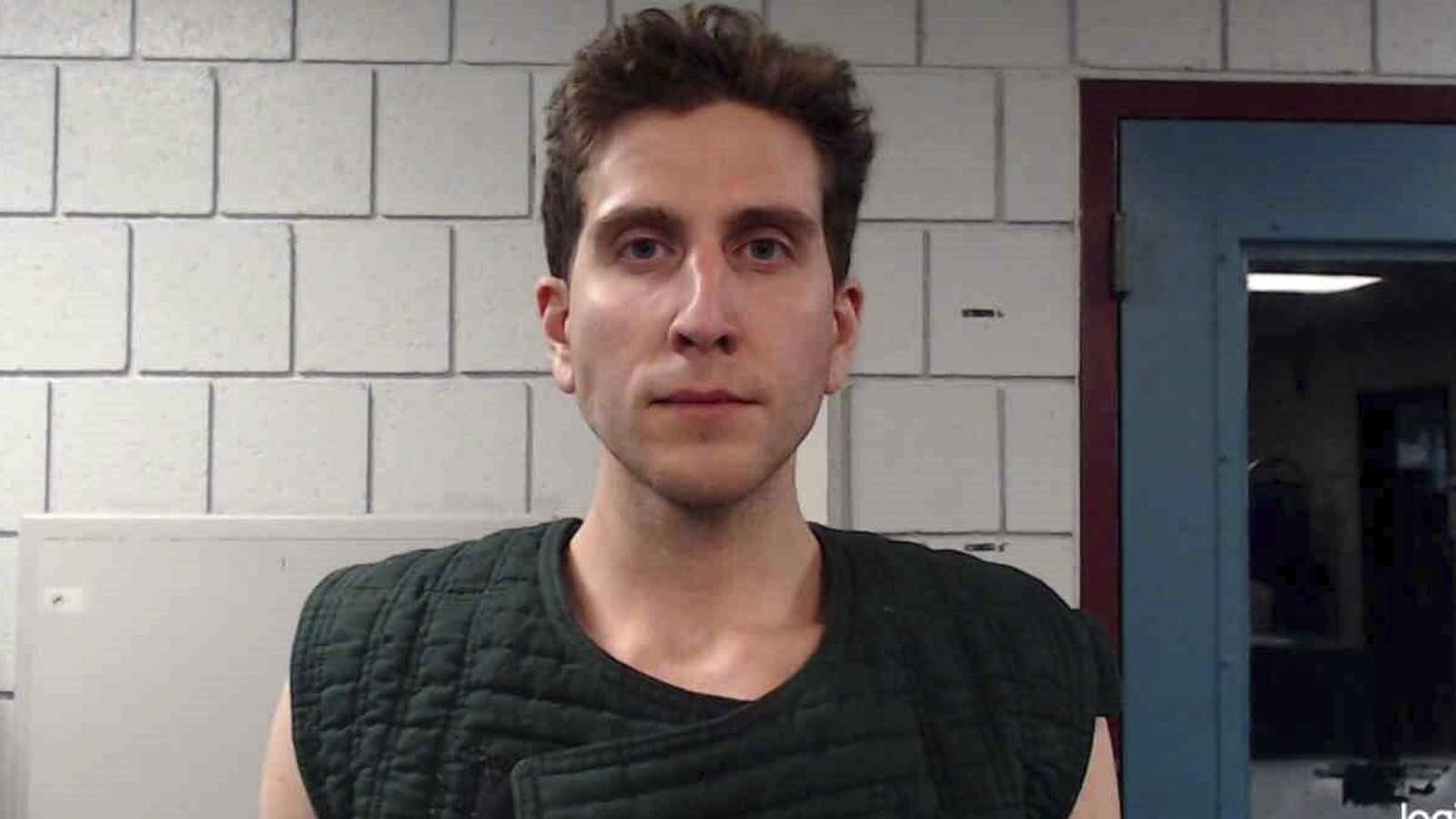 The father of the University of Idaho murder suspect flew from Pennsylvania to Washington to accompany his son on a cross country road trip weeks after the quadruple homicide.

Kohberger was spotted with his father in the white Hyundai Elantra police were on the hunt for, including at a car maintenance shop in Pennsylvania on December 16.

‘He was home for the holidays,’ Public Defender Jason LaBar told CNN.

The suspected killer was arrested on Friday after a more than a month-long man-hunt for the murderer behind the brutal deaths of Ethan Chapin, 20, Kaylee Goncalves, 21, Xana Kernodle, 20, and Madison Mogen, 21.

Kohberger is accused of breaking into the home of the four students’ off-campus Moscow residence and stabbing them to death in their beds on November 13.

He is currently behind bars in Pennsylvania and is currently waiting to be extradited to Idaho in hopes of being ‘exonerated of these charges,’ LaBar told Idaho Statesman.

LaBar is preparing for Kohberger to arrive back to Idaho and already requested he receive a public defender immediately.

Kohberger may possibly face the death penalty in the state – which his family can’t afford to hire an attorney to fight.

‘He does not have the funding to get a private attorney,’ LaBar said.

Surveillance footage on the night of the slayings showed a white Hyundai Elantra nearby the home around the time the murders occurred at around 3am. Police believe it belonged to Kohberger.

The Ph.D. student had driven in the car back to Pennsylvania where police recovered it at his parents’ home.

An unidentified person at the car shop confirmed Kohberger was getting maintenance done on his car with his father after the trip.

According to the source, Koherberger’s father was bragging about flying out to the west coast to join his son on his trip home for the holidays, and recalled the 28-year-old as being reserved.

It is unclear if Koherberger’s father knew about the murders. He filed for bankruptcy in 2010.

Police later recovered the car at Kohberger’s parent’s house where he was arrested.

Kohberger’s family addressed the charges on Sunday and asked for people to refrain from judgment.

‘We will continue to let the legal process unfold and as a family, we will love and support our son and brother,’ the family wrote in a statement obtained by TMZ.

‘First and foremost, we care deeply for the four families who have lost their precious children.

‘There are no words that can adequately express the sadness we feel, and we pray each day for them,’ the statement read in part.

‘We have fully cooperated with law enforcement agencies in an attempt to seek the truth and promote his presumption of innocence rather than judge unknown facts and make erroneous assumptions.’

Kohberger’s family asked for privacy during this time as they cooperate with law enforcement to get to the bottom of the case.

‘We respect privacy in this matter as our family and the families suffering loss can move forward through the legal process.’

Police said they began tracking and surveilling Kohberger around Christmas and stayed on him for four days when they spotted the white Hyundai Elantra they believed was connected to the murders.

Friday’s arrest is the first major break in the case – with Kohberger asking if ‘anyone else was arrested’ when he was taken into custody. An extradition hearing is scheduled for Tuesday.

Law enforcement sources told CNN that his DNA was discovered at the scene of the crime – with officers managing to track down who owned the car seen in the area of the slayings.

However, Kohberger has no prior arrests, according to public records, so it is unclear how officials got hold of his DNA.

Kohberger was allegedly stalking the students in the weeks leading up to the murders.

Moscow Chief of Police James Fry refused to rule out that the killer had an accomplice.

Details of the killings, and the motive for them, are yet to be released with law enforcement saying a sealed arrest affidavit will be released once Kohberger is extradited back to Idaho.