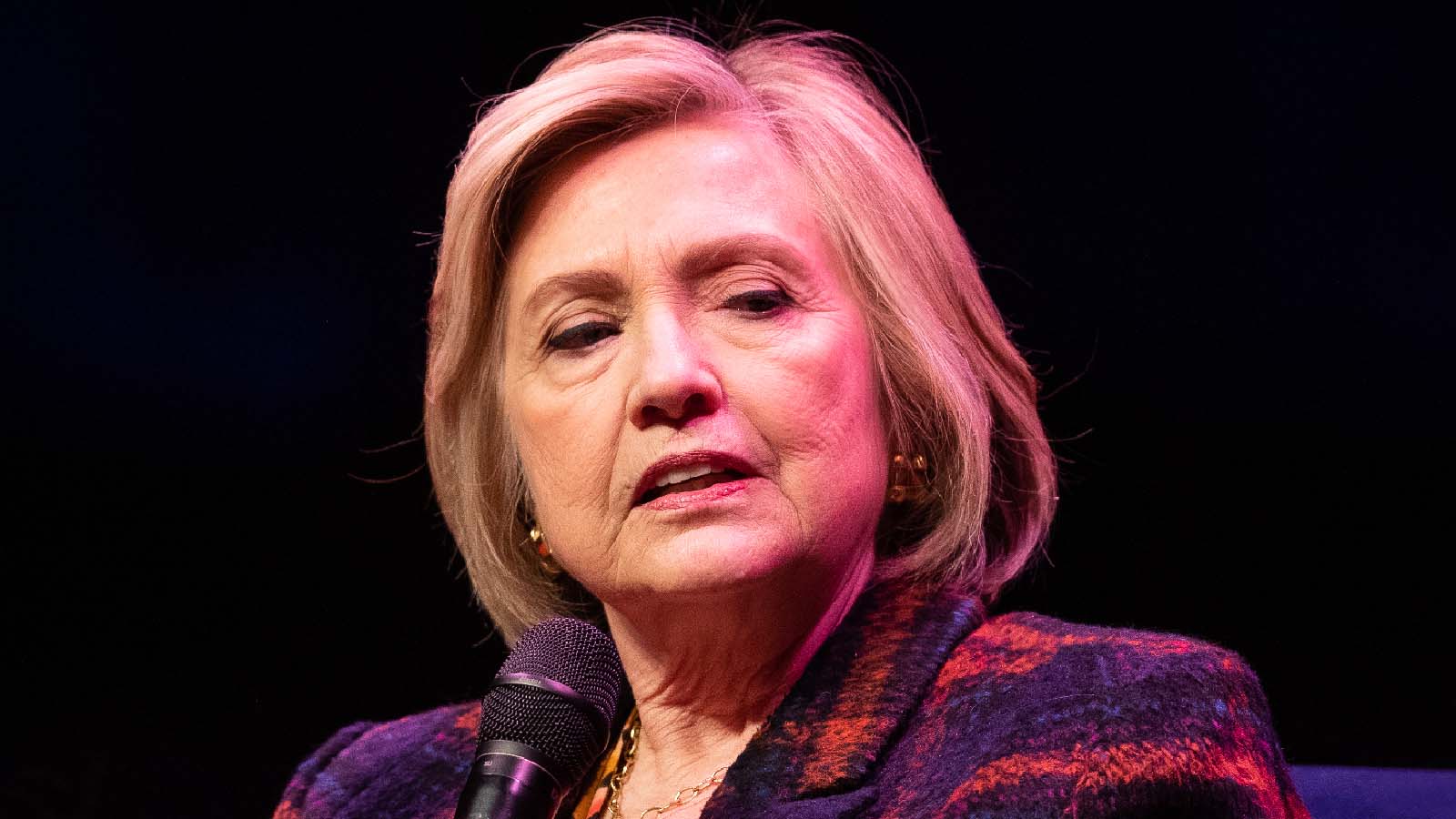 Hillary Clinton wants the country to know she is not running for president again in 2024.

The 2016 Democratic presidential nominee told the Financial Times in an interview published Friday that another presidential bid was not in the works.

“No, out of the question,” Clinton told the outlet. “First of all, I expect Biden to run. He certainly intends to run. It would be very disruptive to challenge that.”

Discussing the current state of political affairs, Clinton said the possibility of a Republican recapturing the White House in 2024 was “so frightening.” As a result, she said, doing anything to hurt the Democrats was not a priority.

“We are standing on the precipice of losing our democracy, and everything that everybody else cares about then goes out the window,” Clinton, who unsuccessfully sought the Democratic presidential nomination in 2008, said.

“Look, the most important thing is to win the next election,” she said. “The alternative is so frightening that whatever does not help you win should not be a priority.”

The former secretary of state speculated that former President Donald Trump would run again “if he can,” noting the $130 million he has raised to organize campaigns.

“I don’t know who will challenge him in the Republican primary,” Clinton said.

“I actually think there is a fair chance we could completely lose our constitutional democracy for a couple of decades if we make bad decisions,” the 42nd commander in chief said in an interview with CBS’s The Late Late Show with James Corden.

President Joe Biden, who is hoping to avoid a red wave in the 2022 midterm elections as experts continue to predict that Republicans will retake the House of Representatives, has also mused about the state of democracies recently.

Speaking at the Summit of the Americas in Los Angeles earlier this month, the 46th president warned that “democracy is under assault around the world.”