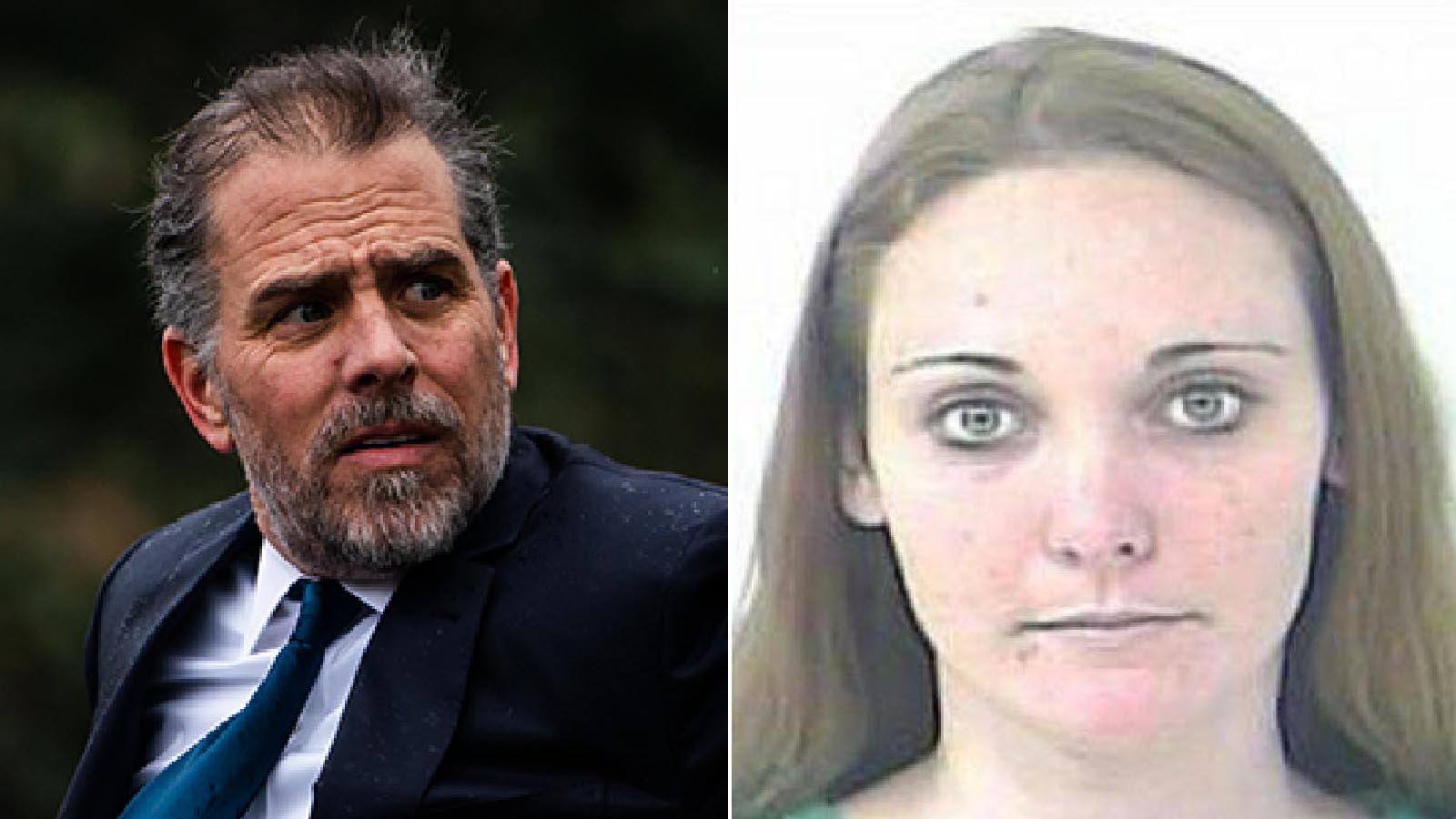 A Las Vegas prostitute featured throughout Hunter Biden’s abandoned laptop scored a $20,207 Paycheck Protection Program (PPP) loan for having a “female owned sole proprietorship,” right after Joe Biden moved into the White House, according to the Daily Wire.

The woman, Cheryl Deboves, listed herself as being in the field of “Independent Artists, Writers, and Performers.” 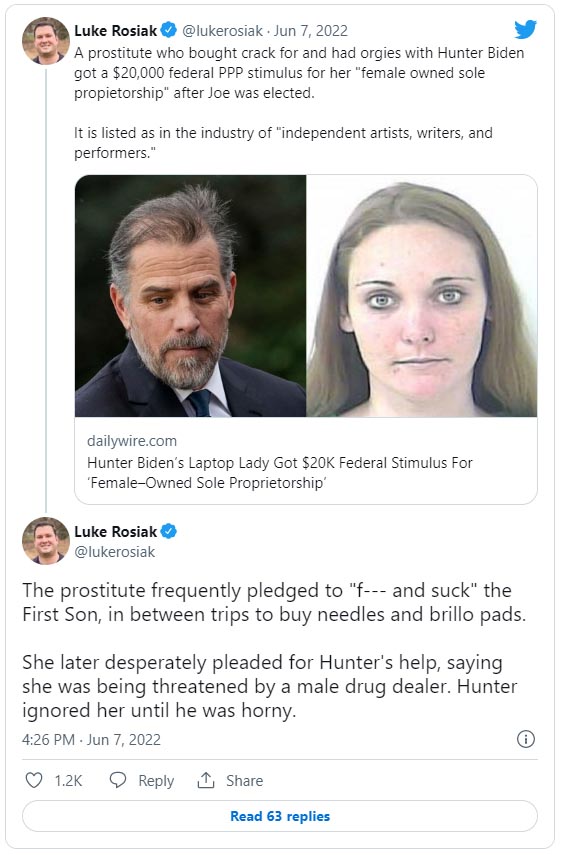 Texts between the two reveal she was trying to help Hunter juggle his excessive whore mongering.

“Honestly babe the problem is you have too many girls there,” she texted him in August 2018. “I understand you like a lot of girls but that’s fine do one at a time at the tops to Which is fine but just hire the second girl for like 1 hour.”

“Yes I do want you to come over but with the confidence that with me it’s not an either or for who stays and who goes,” he wrote.

The next week, Hunter Biden tasked her with buying crack supplies for him.

“Hey babe don’t you need a pipe and chore?” she wrote.

When Deboves didn’t return, Biden texted her, “WTF babe where are you.”

Her reply was disturbing.

“baby I am so sorry listen I’m not trying to take advantage of you but I spent all of the money that you got me on black,” she texted.”I went to Walmart to get needles babe.” -Daily Wire

In one text exchange, Deboves asked Hunter to swoop in and save her from a ruffian.

“Eric keeps threatening me, and now he has someone named keaton threatening me too who just got out of prison or whatever… Can you please help me? Like he scares me a lot. I hate it when men threaten women,” she wrote – to which Hunter ghosted her until he wanted sex again.

“Can you PLEASE CALL me its a emergency!!!!!” she texted at one point, which Hunter ignored – until February 28, 2019, when he texted her “Hi beautiful how are you been too long,” and then sent her $500 through Venmo, according to emails on his laptop.

Depending on where the hooker/drug pics were taken (DE or DC?) Hunter Biden violated either or both:

Why hasn’t he been charged?

Deboves received the PPP loan on April 7, 2021, less than 90 days after Joe Biden was inaugurated.

Her ostensible roommate, Melissa Underbrink – who shared the same address, also received a PPP loan on May 5, 2021 despite having apparently been in prison for credit card theft until late 2019. According to the report, the check was made out to a “Self-employed individual” in the industry of “All Other Personal Services.”

PPP loans were not supposed to be distributed to criminals.

According to the program’s website, “A business is ineligible due to an owner’s criminal history” if the owner “has been convicted of, pleaded guilty or nolo contendere to, or commenced any form of parole or probation (including probation before judgment) for, a felony involving fraud, bribery, embezzlement, or a false statement in a loan application or an application for federal financial assistance within the last five years.”