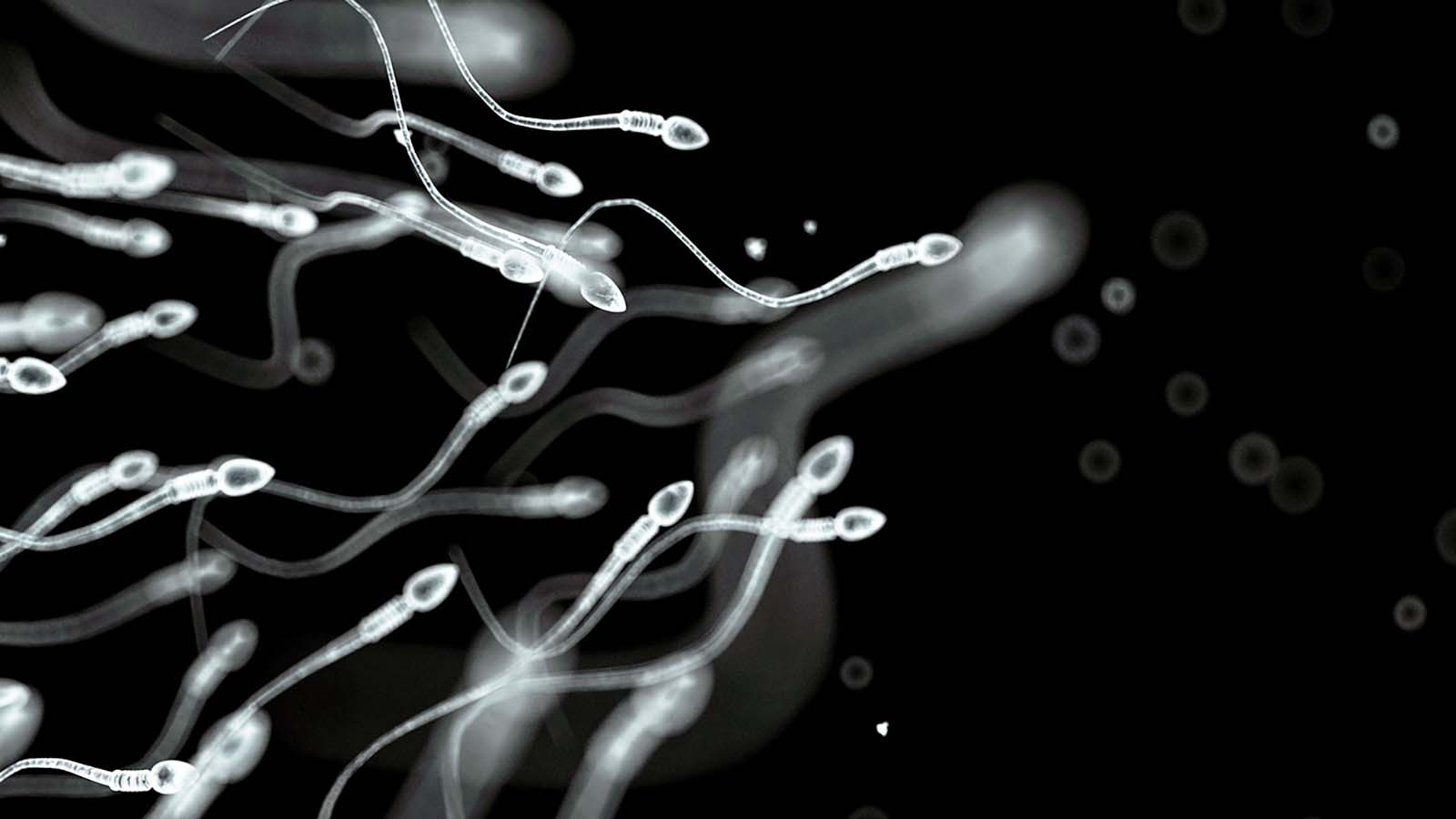 Counts have more than halved since the 1970s.

And the decline has only accelerated since the turn of the century, according to a global analysis.

Scientists tracking the data, taken from more than 50 countries, said ‘we have a serious problem on our hands’.

Men’s bulging waistlines are blamed for the worrying trend, as well as ‘everywhere chemicals’ in the environment.

Experts predict the toll could even breach 10billion by 2100.

International researchers tracked sperm counts and concentrations from semen samples across the world between 1973 to 2018 by looking at older studies.

Men involved came from 53 countries including Britain, the US and Australia.

The study, in Human Reproduction Update, built on existing findings, which only looked at a fraction of the nations.

The analysis, which gives the first insight on trends in South America, Asia and Africa, also includes an additional seven years of data from 2011 to 2018.

Count refers to the overall number of sperm in a sample, while concentration accounts for how many of the reproductive cells there are per volume of semen.

Results showed the mean sperm count fell by 51.6 per cent between 1973 and 2018 across men from all continents.

And concentrations have been falling by 2.64 per cent per year since 2000, quicker than the previous drop of 1.16 per cent annually from 1972.

And they were also seen in those from South America, Asia and Africa, suggesting any future baby bust may not be limited to the global North.

Lead author Professor Hagai Levine, an epidemiologist at Hebrew University of Jerusalem, said: ‘Our findings serve as a canary in a coal mine.

‘We have a serious problem on our hands that, if not mitigated, could threaten mankind’s survival.

‘Overall, we’re seeing a significant worldwide decline in sperm counts of over 50 per cent in the past 46 years, a decline that has accelerated in recent years.’

While the current study did not examine the causes of sperm count declines, recent research indicates disturbances in the development of the reproductive tract in foetuses are linked to lifetime impairment of fertility.

He said ‘lifestyle choices and chemicals in the environment are adversely affecting this foetal development’.

Plummeting sperm counts are not just a symptom of reduced fertility, but will also be accompanied by higher levels of chronic disease, testicular cancer and shorter lifespans in men, they warned.

Low testosterone, one of the physiological causes of a low sperm count, increases the risk of chronic disease, while testicular cancer can also cause declining sperm levels.

She said: ‘The troubling declines in men’s sperm concentration … are consistent with adverse trends in other men’s health outcomes, such as testicular cancer, hormonal disruption, and genital birth defects, as well as declines in female reproductive health.

She previously warned that ‘everywhere chemicals’, such as phthalates found in toiletries, food packaging and children’s toys, are to blame.

The chemicals cause hormonal imbalance which can trigger ‘reproductive havoc’, she said.