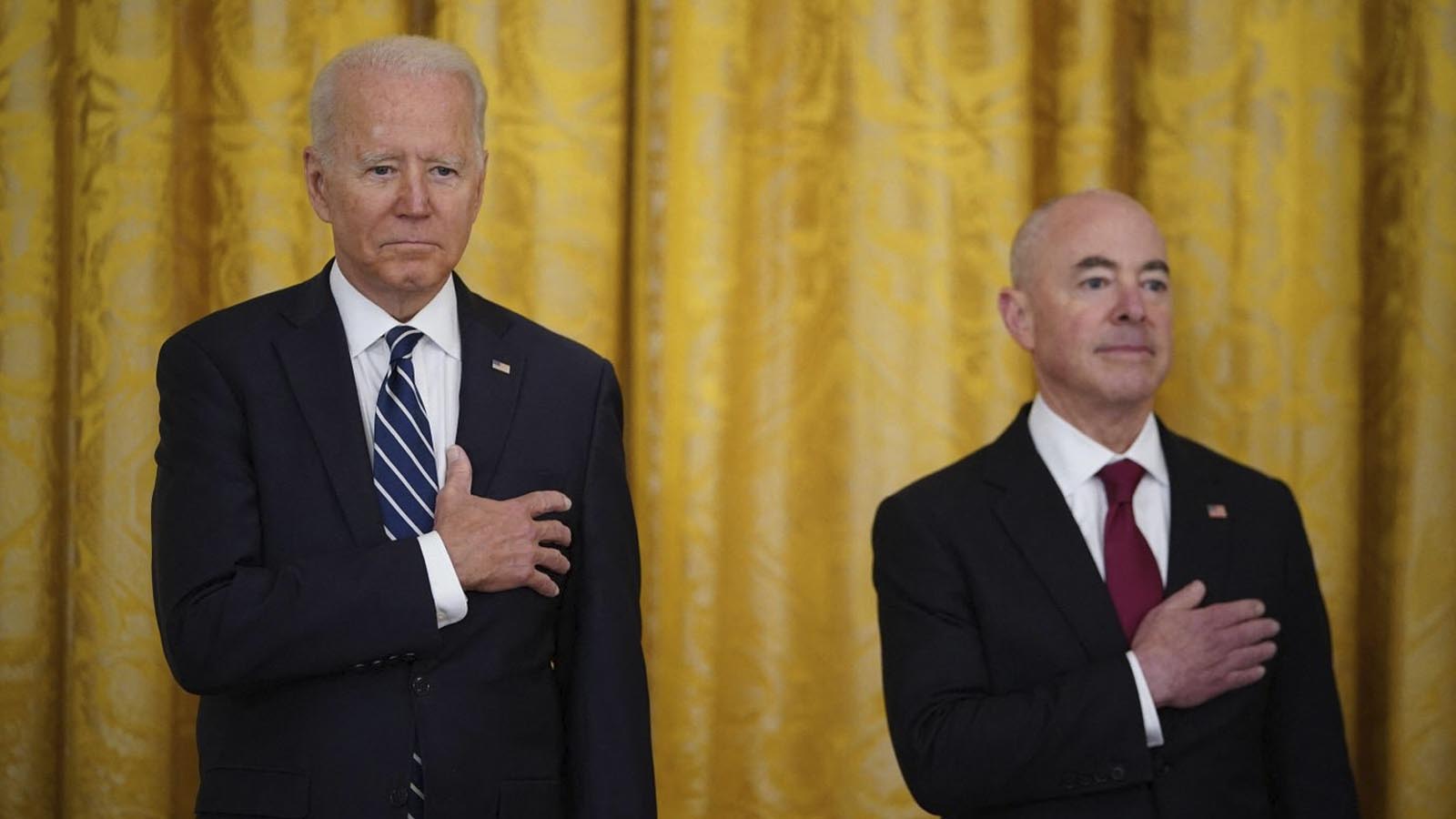 During a Breitbart interview, Emmer pointed out that there has been an absence of oversight of the current government. Further, there is a “double standard” when it comes to holding Biden and former President Donald Trump accountable for “breaches of public trust, and maybe more.”

Biden and Mayorkas “haven’t taken steps to secure” the southern border. “It shouldn’t have been lost on anybody that Joe Biden doesn’t make one visit to the southern border until a new Republican majority is literally taking over in the House in Washington, D.C. Then, he mysteriously suddenly finds religion and goes down to the border,” he said.

“I’ll let the committee process do its work, but if the case is built, I would imagine that once that case is built, if it rises to the level of an impeachable malfeasance or misfeasance, high crimes, and misdemeanors, yeah, it’ll come to the floor.”

President Biden visited the southern border for the first time during his presidency only on Jan. 8.

Border Crisis Under Biden and Mayorkas

Biden became president in January 2021, with Mayorkas sworn in as the Secretary of Homeland Security a month later. Under their watch, there have been more than 5.5 million illegal border crossings and more than 1.2 million known “got-aways”—illegal immigrants spotted but not caught or processed.

Rep. Pat Fallon (R-Texas) already filed impeachment articles this month against Mayorkas, criticizing him as well as the president for not taking any steps to secure the southern border.

On Jan. 10, Fallon introduced House Resolution 8, seeking to impeach Mayorkas for “high crimes and misdemeanor.” Mayorkas is accused of failing to execute “Secure the Fence Act of 2006,” which requires the Homeland Security secretary to “maintain operational control” over America’s land and maritime borders.

“Biden inherited the most secure border in U.S. history. He intentionally and maliciously terminated every protection that was put in place. If @SpeakerMcCarthy & the @GOP are serious about holding this administration accountable, then they should impeach Biden on this issue alone,” Jason D. Meister, former Trump advisory board member, stated in a tweet on Jan. 10.

Meanwhile, the intelligence, judiciary, and oversight committees are also probing the issue of Biden possessing classified documents. If accused of wrongdoing, Republicans can use it to initiate impeachment articles against Biden.

The first batch of documents was found in a locked closet at the Penn Biden Center, where the president worked before his current term at the White House.

Biden became a professor at the University of Pennsylvania in 2017, where he led the Penn Biden Center. Biden had been vice president for two terms during the Obama administration between 2009 and 2017.

On Jan. 12, Biden’s lawyer announced that a second batch of classified documents was found in his Delaware residences in Wilmington and Rehoboth Beach. During his transition from vice president to a private citizen in 2017, files from Biden’s vice presidential office are believed to have been shipped to these two homes.

“Why was Joe Biden in possession of classified information after leaving office as vice president? This is serious and must be investigated,” Rep. Marjorie Taylor Greene (R-Ga.) stated in a tweet on Jan. 12. In a video linked in the tweet, Greene pointed out that vice presidents cannot declassify documents.