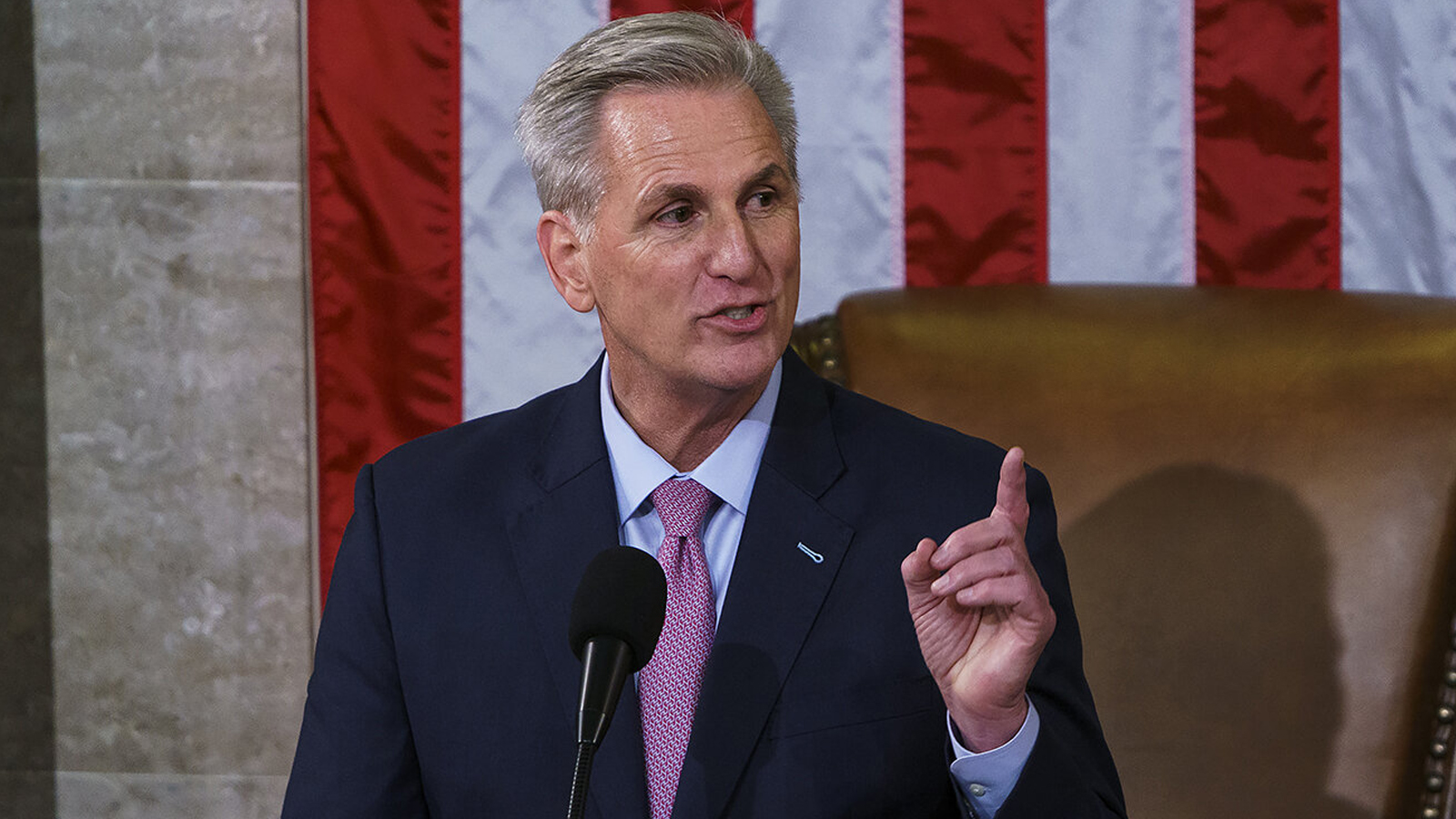 The House of Representatives now led by Speaker Kevin McCarthy (R-CA) convened on Monday evening to consider the rules package for the new Congress, a resolution that included many of the concessions demanded by conservative members of the House Republican Conference. Despite Republicans’ narrow majority, the rules package for the 118th Congress was passed 220-213 — the first vote without rampant proxy voting in years — on a House floor that was much more at ease than in the overnight hours of last Friday and Saturday.

Ahead of the vote, GOP Conference Chair Elise Stefanik heralded the negotiated rules package as a set of changes that will “restore the People’s House” by adding more transparency and bringing key conservative pieces of legislation to the floor for votes as Republicans now work toward delivering on their Commitment to America pledge. 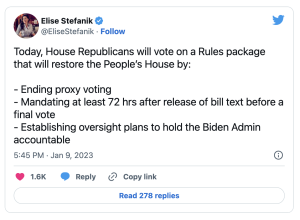 The concessions made by McCarthy last week are being heralded by more than just GOP leadership, too. For the 20-some Republicans who held up McCarthy’s election last week, it’s a massive victory toward delivering on many of the promises made before and during the midterm election cycle to break the status quo in Congress, provide for more transparency on the House’s activities, and actually debate and hold votes on some of conservatives’ most-mentioned policy items.

On Monday night, all present Democrats voted against the rules that will bring significant changes to the way the lower chamber runs and how legislation is processed through the House, while most Republicans backed the rules that resulted from negotiations during last week’s fraught process of electing a speaker.

Rep. Dan Crenshaw (R-TX) was the lone member of Congress who did not vote on the rules package, and Rep. Tony Gonzales (R-TX) joined Democrats in voting against the resolution, citing concerns over reductions in defense funding.

As Julio reported earlier on Monday, Rep. Crenshaw lost out on a key position as chairman of the House Homeland Security Committee ahead of the vote on the new rules, with Rep. Mark Green getting the gavel instead.