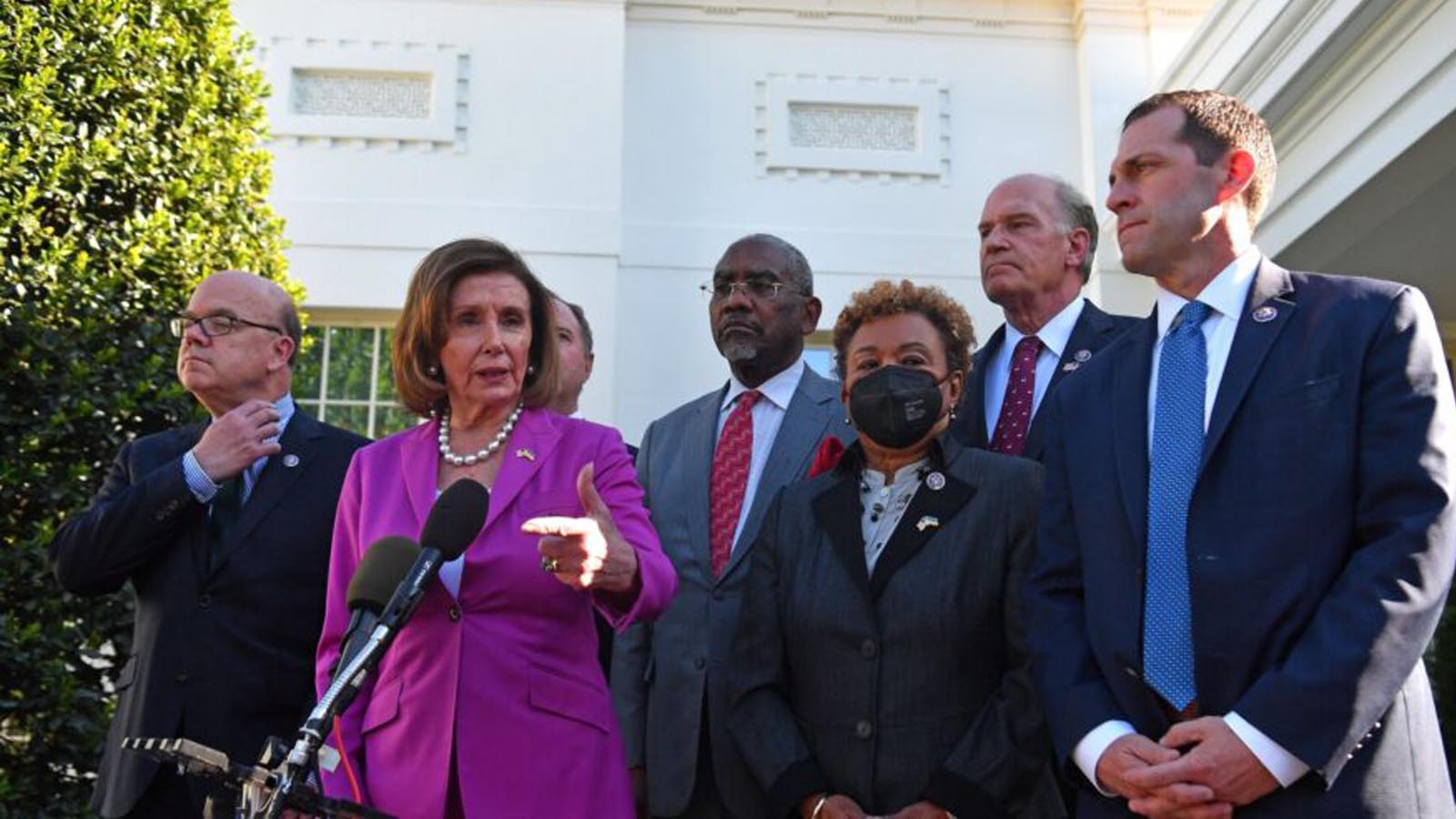 The Democrat-controlled U.S. House of Representatives passed a $39.8 billion package for Ukraine on Tuesday night, a measure that will provide Ukraine military and economic assistance, provide refugee support services, and prevent global food insecurity due to the Russia–Ukraine war.

The measure passed by a 368–57 vote. It was supported by every voting Democrat and by nearly three out of four Republicans.

The billion-dollar package is expected to be sent to the Senate within the next several days, as Washington continues to increase support for Ukraine without sending troops directly to the country, amid the war that started after Russian troops invaded on Feb. 24. While Democrats narrowly control Congress, the measure will require Republican support to pass the Senate.

The package (pdf) is $7 billion more than what President Joe Biden asked for in additional aid for Ukraine; lawmakers added more military and humanitarian aid to the $33 billion that Biden asked Congress on April 28 to approve.

“This package, which builds on the robust support already secured by Congress, will be pivotal in helping Ukraine defend not only its nation but democracy for the world,” House Speaker Nancy Pelosi (D-Calif.) said in a letter to House members. “Time is of the essence—and we cannot afford to wait.”

After sending the letter, she met with Biden at the White House to discuss her recent visit to Ukraine. Other members of the congressional delegation that recently visited Ukraine were also present.

In defense, the package includes $6 billion for security assistance to the military and national security forces of Ukraine—including training, equipment, weapons, logistics, and intelligence support, as well as salaries and stipends.

It also includes $8.7 billion to replenish stocks of U.S. equipment sent to Ukraine, and $3.9 billion for European Command operations—including for mission support, intelligence support, hardship pay for U.S. troops deployed to the region, and equipment.

The bill would also authorize an additional $11 billion in Presidential Drawdown Authority, enabling the president to authorize the transfer of articles and services from U.S. stocks without congressional approval in response to an emergency. Biden had asked for $5 billion.

The bill provides $4 billion for Foreign Military Financing, to give Ukraine and other countries additional support to build and update their capabilities.

It also includes humanitarian aid, with $8.766 billion allotted to the Economic Support Fund to “respond to emergent needs in Ukraine, provide needed budget support to assist with Ukraine’s continuity of government, and counter human trafficking,” according to the bill’s summary (pdf).

Also, more than $5 billion total is included in the measure to “address rapidly growing food insecurity globally and the impact of rising food prices because of the conflict in Ukraine.”

The new measure would bring U.S. support for Ukraine since Russia invaded to nearly $54 billion, on top of the $13.6 billion in support that Congress passed in March. Weapons provided for in the aid packages have included howitzers, anti-aircraft Stinger systems, anti-tank Javelin missiles, ammunition, and recently-disclosed “Ghost” drones.

The amount is around 1 percent of the entire federal budget, and about $6 billion more than what the United States has spent on all its foreign and military aid in 2019, according to a report in January by the nonpartisan Congressional Research Service.