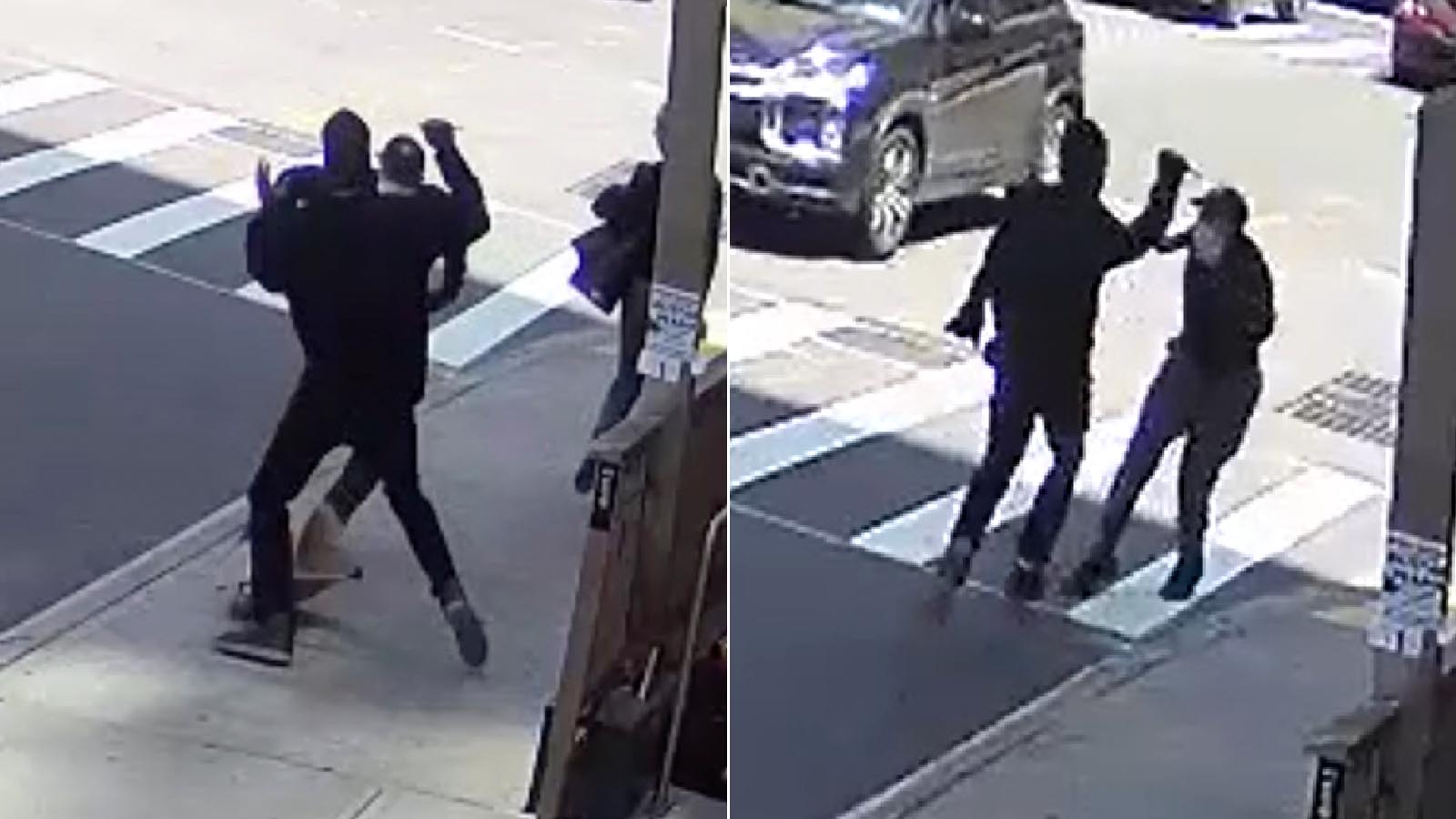 Newly released video shows the shocking moments a man was randomly stabbed on the Upper East Side on Thursday.

In a 16-second clip tweeted Saturday by the NYPD, an assailant wearing all black, with his face covered by a balaclava mask, is shown getting off a bike before swinging at a 29-year-old stranger with a large knife.

The video captures the victim — wearing a baseball hat and white mask and carrying a brown paper bag — trying to escape the knife-wielding man by back peddling away from him. The attacker then wildly swung the weapon while chasing him off the sidewalk and onto the road, the footage shows.

NYC: On 5/26 at 1:50 pm, near 3 Avenue & E 63 Street in Manhattan, a 29-year-old male was walking when he was slashed multiple times in the back and arm by an unknown individual. If you have any information on the incident or suspect, contact @NYPDTips at 800-577-TIPS. pic.twitter.com/X02VYeGpbZ

During the caught-on-camera, broad-daylight assault, the wounded man was slashed multiple times in the back and left arm, according to police. Cops said the victim did not know the alleged stabber.

The stabbing occurred on the sidewalk near a subway entrance at the East 63rd Street and Third Avenue Q and F train station just before 2 p.m., police said Thursday.

The NYPD is searching for the assailant, who the department said Friday is about 30 years old with a medium build. He was riding a black E-bike when he stabbed the victim without provocation and fled the scene in an unspecified direction, police said.

Police said medics rushed the victim to a nearby hospital, where he was in stable condition.