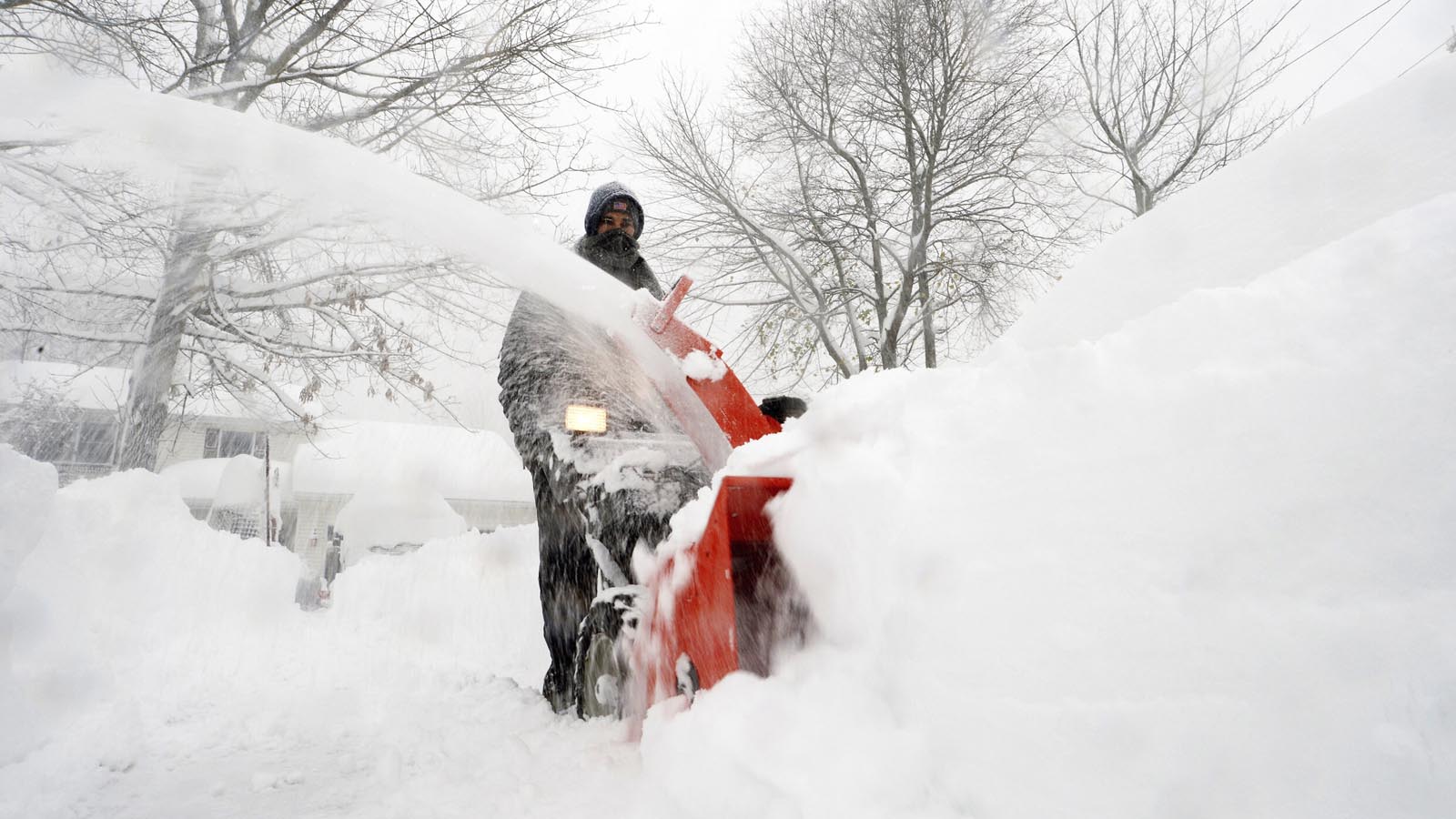 New York Gov. Kathy Hochul announced the activation of the National Guard Saturday to help with clean up in the historic and deadly snow storm that battered parts of western New York.

About 70 National Guard members were deployed to the badly-impacted southtowns, or the southern portion of Erie County, home to Buffalo, Hochul told NBC News affiliate WGRZ.

Erie County Executive Mark Poloncarz said the National Guard was on the ground Saturday afternoon to “pickup and deliver people whom require dialysis,” according to a tweet.

Intense snowfall continued overnight in the region, hitting Buffalo hard, Daniel Neaverth, the Erie County Department of Homeland Security & Emergency Services Commissioner, said in a news conference Saturday. The rate of the snowfall is up to 3 inches per hour, he said.

The snowfall will continue to impact the Great Lakes region this weekend, with lake-effect snow, which occurs when arctic air races across the relatively milder waters of the Great Lakes.

Erie County received the brunt of the snowfall, where two men died on Friday after suffering “cardiac events” due to shoveling or snow blowing. In Orchard Park, southeast of Buffalo, almost 6 1/2 feet of snow had fallen by 7a.m. Saturday, according to the National Weather Service. Hamburg, where the roof of a house collapsed due to the weight of the heavy, wet snow, received over six feet of snow, while southwest Blasdell had over five feet of snow.

Natural Bridge in Jefferson County had six feet of snow as well.

A little under 1,000 customers don’t have power in Erie County due to the snowstorm, according to poweroutage.us.

Overnight here at the NWS Buffalo office saw 17.2 inches of snow. Adding this to the 13.0 inches that fell Thursday night into Friday morning we now have a storm total of 30.2 inches! Here is a picture of our parking lot this morning… pic.twitter.com/E7InkWYcI4

Mayor Byron Brown says snowfall is coming to an end early Sunday morning, but the city may receive up to 10 inches before then.

“Unfortunately it looks like more snow is coming,” Brown said at a news conference Saturday afternoon. “We anticipate more snow to fall, roughly predicted, 8 to another 10 inches of snow across the city of Buffalo, ending somewhere around 1 o’clock in the morning.”

Three warming centers were opened in Buffalo on Saturday where residents without power can seek shelter, Brown announced on Twitter.

The heavy lake-effect snow is expected to shift north and through Buffalo on Saturday, impacting the Niagara Falls area Saturday afternoon. The strongest bands will shift south Saturday night into Sunday, with snowfall rates of 1 to 2 inches per hour anticipated.

The storm is then expected to shift back south to the areas already badly-impacted.

An additional 8 to 16 inches of snow is possible, with some isolated locations picking up an additional 12 to 25 inches across the Oswego County area.

Snow will begin to subside Sunday night into Monday. Strong wind gusts up to 40 mph will also be possible, creating extreme snow drifts and near-zero visibility.

About 4 million are under lake-effect alerts stretching from Cleveland to Watertown, NY. Most alerts will expire Sunday afternoon, but a few will linger for the Oswego area into Monday.

Officials are continuing to warn against any unnecessary travel as many streets have still not been plowed, according to Poloncarz.

A travel ban was set for most of Erie County, including the entire city of Buffalo, as of Saturday morning, according to a tweet from Poloncarz. The ban will be downgraded to a travel advisory in the eastern, northern and western portions of Buffalo at 2p.m. Saturday due to progress being made in the city, but will remain in the hard-hit south, according to Brown.

“If you come out, you run the risk of getting stuck and really hindering our plowing operation and our snow removal operation,” warned Brown.

Residents are also encouraged to avoid shoveling the heavy, wet snow and avoid overexertion if they must shovel.

A state of emergency remains in place in Buffalo as well as in 11 counties in the western and the northwestern parts of the state near Lake Erie and Lake Ontario.