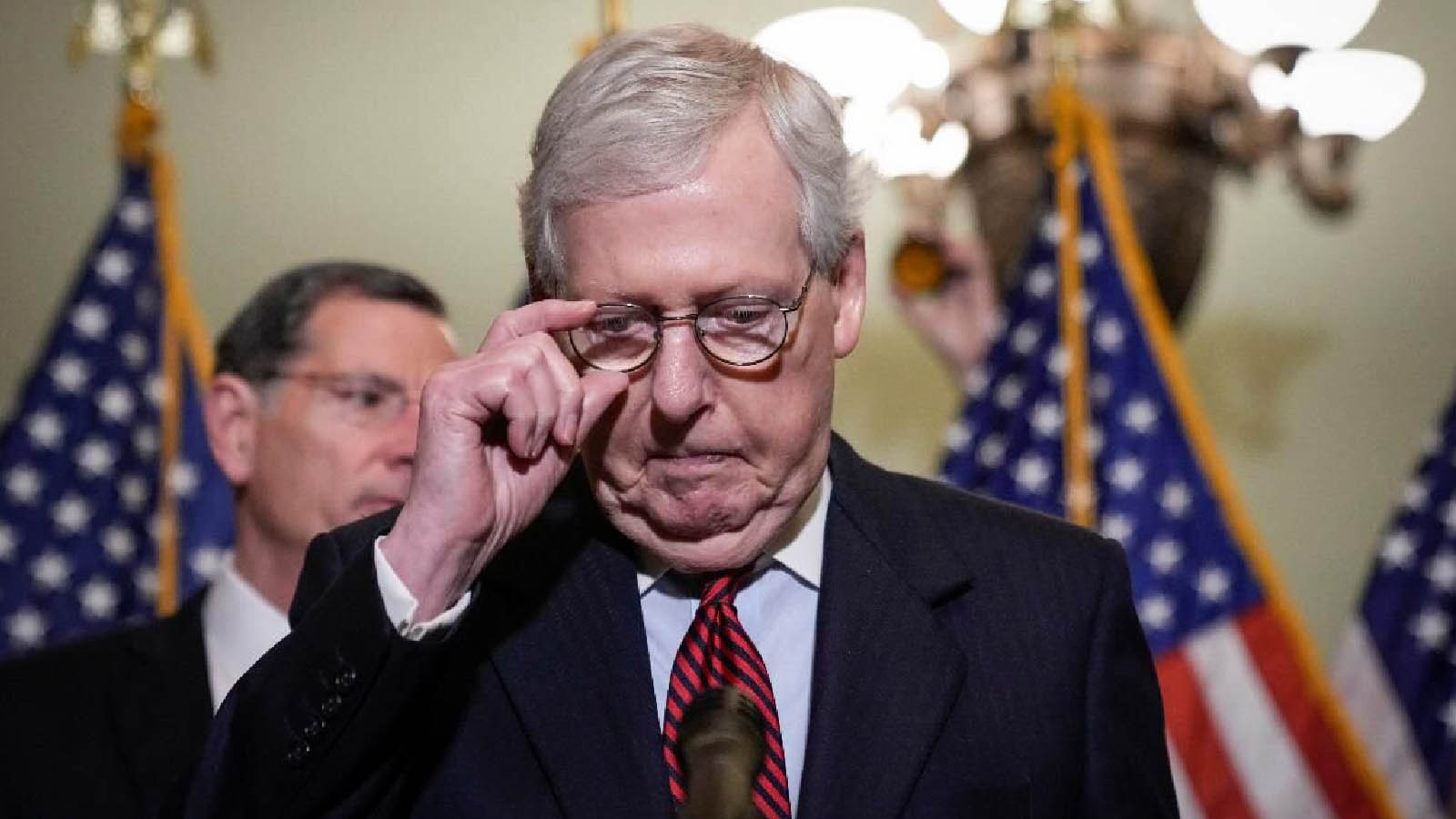 A gunman who fatally shot a church-going retired Wisconsin judge on Friday compiled a bipartisan hit list of politicians that included a Senate Minority Leader Mitch McConnell and Michigan Gov. Gretchen Whitmer, according to reports.

Wisconsin Gov. Tony Evers, a Democrat like Whitmer, was also in the note left by the 56-year-old who allegedly fatally shot former Juneau County Judge John Roemer before turning the gun on himself, multiple outlets reported.

Police made a shocking discovery Friday morning in New Lisbon, Wisconsin, where Roemer’s body was zip-tied to a chair and the assailant suffered a self-inflicted gunshot wound, according to the Star Tribune.

A suspect in the killing of the 68-year-old former judge — who retired in 2017 and was praised by neighbors as “a nice guy” — was found in the basement of the judge’s home and was rushed to a hospital, the Milwaukee Journal Sentinel reported.

The newspaper and a local TV station reported that the Juneau County SWAT Team tried to negotiate with the armed man and entered the house about 10:15 a.m. — nearly four hours after the Juneau County Sheriff’s Office was first alerted of the shots fired at 6:30 a.m.

During a news conference on Friday, Attorney General Josh Kaul revealed that the deadly shooting was a “targeted act” but did not provide the names of the suspect.

“We believe this was a targeted incident,” Kaul said, according to a local radio station. “Because it’s an ongoing investigation we’re not going to go into the details of the information that’s available but so far the information that’s been gathered indicates it was a targeted and that the targeting was based on some sort of court case or court cases.”

Donna Voss — who lives next door to Roemer in the small city with a population of under 3,000 — told the Journal Sentinel that she was shocked by the shooting death of his neighbor, who he labeled “such a nice guy.”

“One of my neighbors called and said, ‘What’s going on, what’s going on?’ It was really surprising something like this would happen around here,” Voss reportedly recalled. “I still can’t comprehend it.”

Another neighbor, a former teacher identified only as Jackie, told the newspaper, “He walks his dogs all the time.”

Friday’s deadly shooting was not the first time Whitemer, a Democrat who has served as Michigan’s governor since 2019, has been seemingly threatened.

In 2020, a federal criminal complaint alleged militia members plotted to kidnap Whitmer as part of a plan that also involved storming the state Capitol.

But defense attorneys said FBI informants had initiated the kidnapping plot, convinced the men to go along with scheme. Two men accused of scheming to abduct the Michigan governor from her vacation home were acquitted by a federal jury in July 2021 and a mistrial was declared for two other defendants.