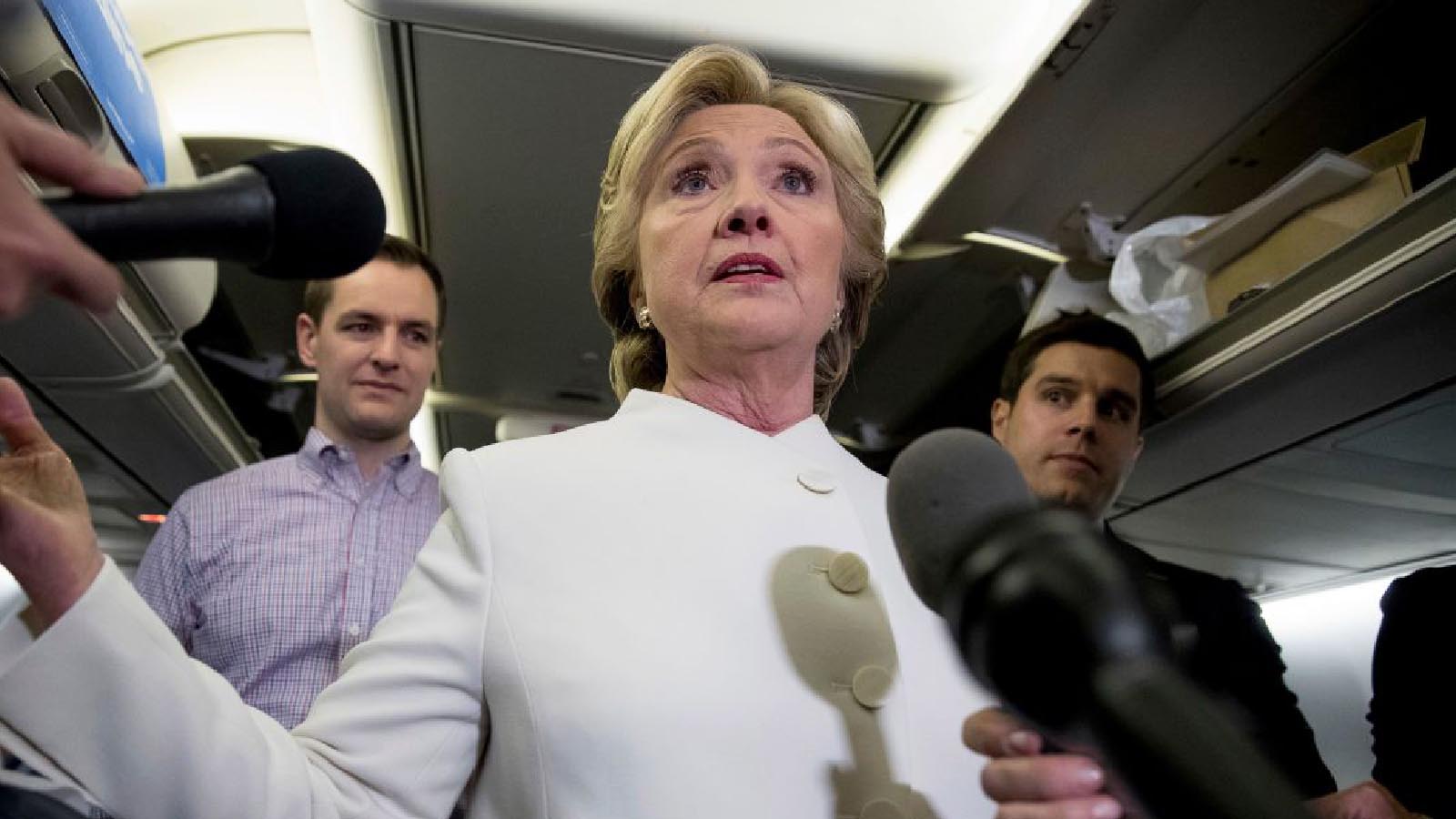 Hillary Clinton greenlighted the plan to give allegations against Donald Trump to a reporter ahead of the 2016 election, Clinton’s campaign manager testified in federal court on May 20.

“We told her we have this and we want to share it with a reporter. She agreed to that,” said Robby Mook, the campaign manager.

The allegations purportedly showed a secret back channel between Trump’s business and Russia’s Alfa Bank.

Several stories were published about the claims on Oct. 31, 2016. Hours later, Clinton herself promoted them.

“Computer scientists have apparently uncovered a covert server linking the Trump Organization to a Russian-based bank,” Clinton wrote in a Twitter post.

Neither she nor Jake Sullivan, a top campaign official, mentioned that the allegations were passed to the media by the campaign.

The allegations stemmed from Rodney Joffe, a technology executive who hoped to score a position in the government if Clinton won the election, researchers from the Georgia Institute of Technology, and Michael Sussmann, a lawyer for the campaign who is on trial for allegedly lying to the FBI.

Sussmann informed his colleague Marc Elias of the allegations in the summer of 2016, who passed them on to the campaign in August of that year, Elias told the court this week.

“I thought that if there was a news account of the allegations,” it would “benefit the campaign,” Elias said.

Both Sussmann and operatives with Fusion GPS, a firm tapped by the campaign, worked to seed stories about Trump and Alfa Bank in media outlets, succeeding when Slate and the New York Times published stories that remain largely uncorrected to this day.

Mook says he was briefed by Elias on the claims, which he was told came from people with expertise in cyber matters. He does not recall being told any names and said campaign officials did not have the subject matter expertise to judge the claims themselves. He spoke with Sullivan and John Podesta, another campaign official, about spreading the allegations to media outlets.

Mook said the campaign didn’t immediately act on the allegations because of worries they weren’t credible. Officials ultimately decided, despite not being “totally confident” in the allegations, to give them to a reporter so the reporter could “run it down.”

“Our hope was they were going to run it down, that it would be substantive, and accurate,” he said.

A campaign staffer whose name Mook could not recall, with the campaign’s press department, conveyed the allegations to the press.

“All I can remember is she agreed with the decision. She thought we made the right decision,” he said.

Separately, Sussmann handed over white papers outlining the allegations and thumb drives with data purportedly supporting them to the FBI in late September 2021, a move that Elias and Mook both say was not cleared by the campaign.

Sussmann is on trial because he told FBI lawyer James Baker he was not bringing the information on behalf of any client.

Both the FBI and CIA determined the allegations were unsupported by the data, though that fact was not made public until this year through filings by Durham’s team.

Mooks said he was “not aware” if Clinton approved Sussmann going to FBI. “I don’t know why” she would do so, he said.