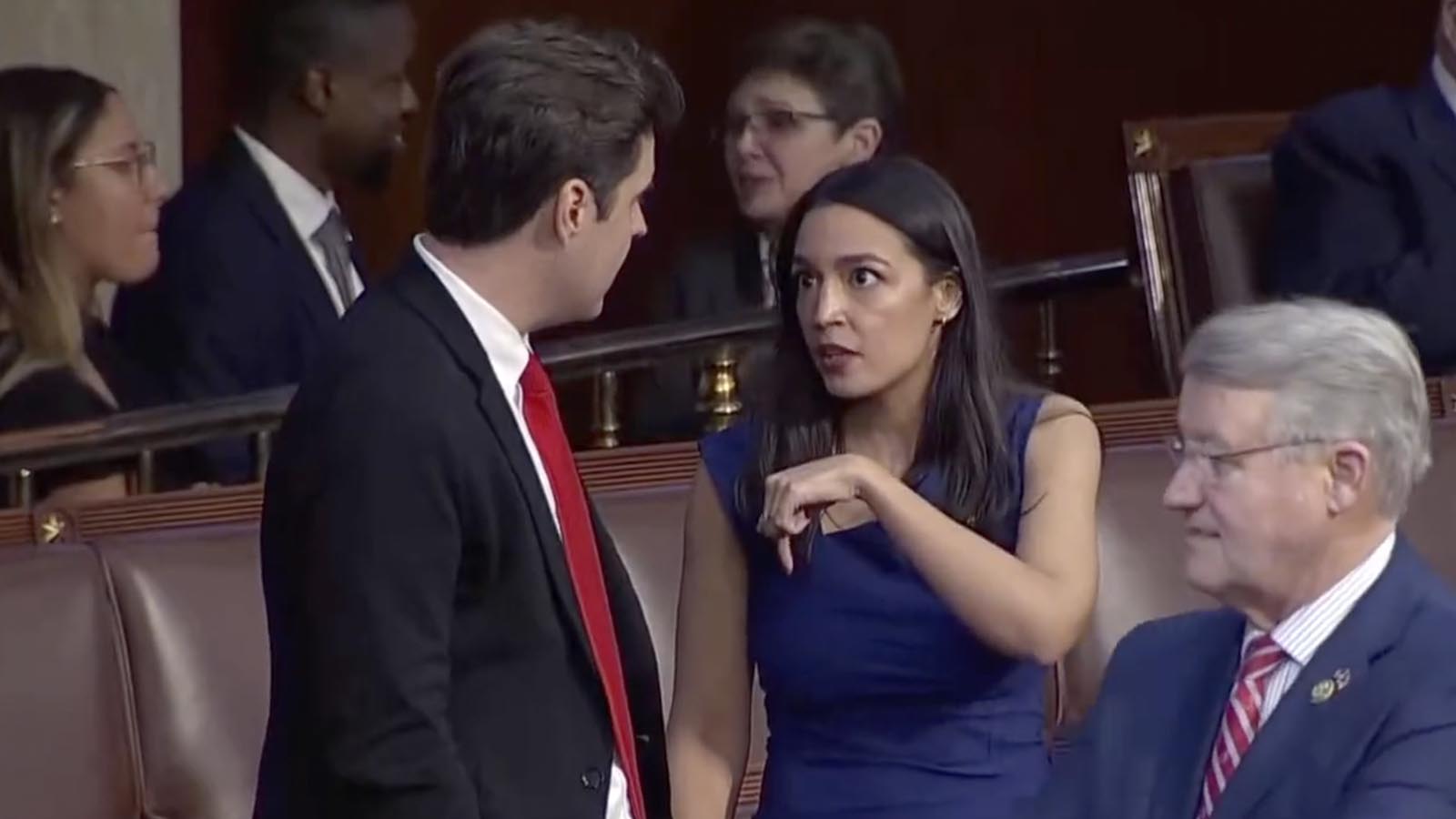 Inaudible footage showed Gaetz and Ocasio-Cortez speaking to each other during the vote for the new House speaker. Gaetz, an opponent of Speaker-designate McCarthy, told Ocasio-Cortez that McCarthy believed Democrats would bail him out, allowing him to win the speakership, The Intercept reported.

Ocasio-Cortez assured Gaetz her party would not vote in favor of McCarthy, and that she’d spoken to other Democrats who backed her answer, according to The Intercept.

“McCarthy was suggesting he could get Dems to walk away to lower his threshold,” Ocasio-Cortez told the Intercept. “And I fact checked and said absolutely not.”

What happened here? Can anyone read lips? pic.twitter.com/r7PR3Srcyg

Ocasio-Cortez was later seen having a discussion with Republican Arizona Rep. Paul Gosar about reports of a possible adjournment, The Intercept reported.

McCarthy has not been able to garner the 218 votes required to obtain the gavel in the 118th Congress. The Congress was forced to cast a third ballot — a phenomenon that has not occurred since December 1923 — with McCarthy accruing 203 votes in the first two ballots, and 202 in the third.

Democratic New York Rep. Hakeem Jeffries won the 212 votes necessary to step into his party’s leadership role, marking the first time since 2007 that a Democratic leader has earned the support of every member of their party.