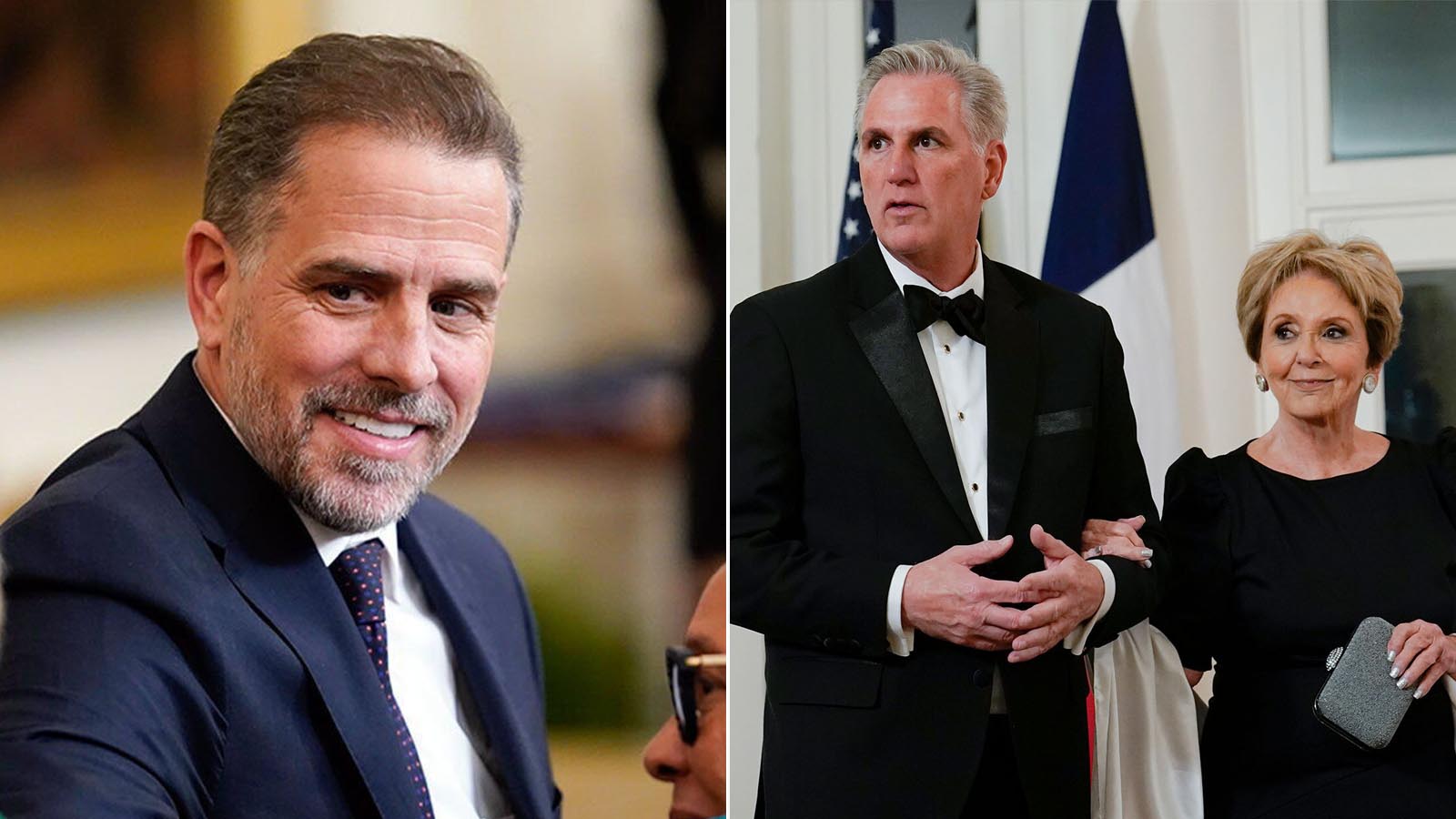 Hunter Biden walked up to the mother of House Speaker Kevin McCarthy at the White House state dinner honoring French President Emmanuel Macron last month and told the 82-year-old she looked “beautiful,” according to a report.

President Biden’s son was among the first of the guests to arrive at the lavish function, and among the few other early arrivals were McCarthy (R-Calif.) and his mother, Roberta, according to a New York Times report Wednesday. Despite the California Republican’s vows to investigate Hunter and his father, the first son and his wife approached McCarthy and his mother, and the two men shook hands, according to the news outlet.

“I’m a friend of your son’s,” Biden added with a smile, according to the news outlet.

It had previously been reported that the House speaker and first son chatted at the Dec. 1, 2022, state dinner, but the details of their seemingly brief conversation were unknown at the time.

The Washington Post reported in December that to some people who witnessed the interaction, it seemed like a “classic Biden-style moment of trying to charm an adversary.”

The New York Times reported Wednesday that David C. Weiss, the US attorney for Delaware tasked with heading a federal investigation into Hunter Biden, is closing in on a decision about whether to prosecute him.

According to the report, Weiss is focused on possible charges related to Hunter’s alleged failure to meet filing deadlines for his 2016 and 2017 tax returns, possibly $30,000 in fraudulent deductions he made for business expenses, and falsely stating on a US government form that he was not using drugs when he purchased a handgun in 2018.