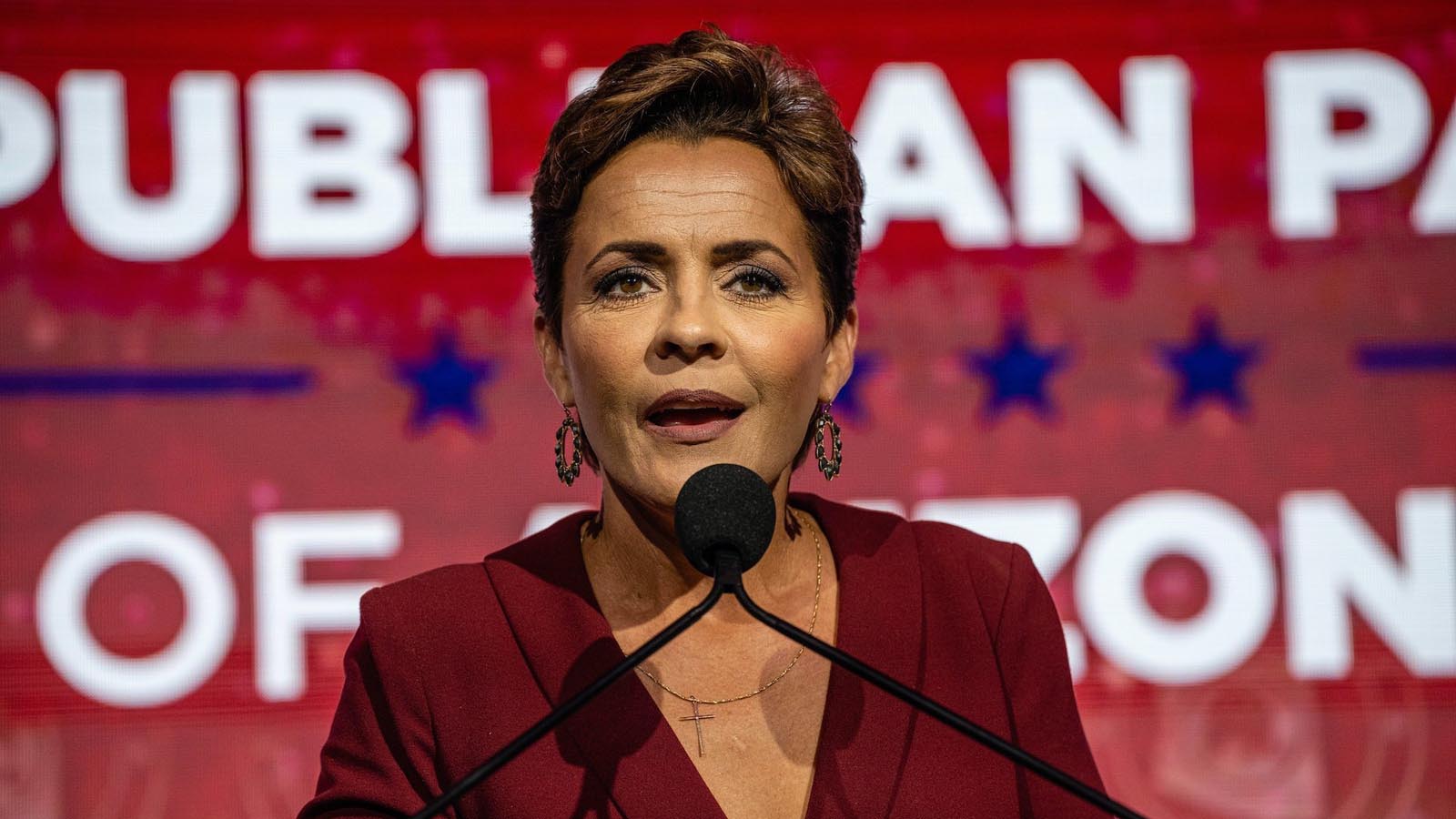 Kari Lake had a prime opportunity to knock out Democrat Katie Hobbs in the 2022 Arizona gubernatorial race. Sure, there were election shenanigans in Maricopa County, but the state GOP was also at fault for not tightening up the works there. It’s a race that once and for all settled the issue about ballot harvesting: if it’s legal, the GOP must get going on creating its operation. I wouldn’t say I like it since it’s quasi-voter fraud, but it won’t be banned at the federal level, and the states—Michigan and Pennsylvania—that could potentially ban it had blue waves crash into one or both chambers of their respective legislatures. The Election Day vote is not enough to counter the left-wing horde of ballot-harvested votes. A good test could be in the Grand Canyon State in 2024, which presents another political opportunity for Ms. Lake. That would be challenging Sen. Kyrsten Sinema (I-AZ) (via Newsweek):

Arizona Senator Kyrsten Sinema’s hopes of being re-elected as an Independent are currently looking out of reach with a poll suggesting she would be soundly beaten by not only potential Democratic challenger Ruben Gallego but former GOP gubernatorial candidate Kari Lake.

A survey from BluePrint Polling, which works with the Democratic Party, found that Trump-endorsed election denier Lake would come out on top in a hypothetical 2024 Arizona Senate Race (35.7 percent), followed by Representative Gallego at 31.9 percent, and Sinema a distant third at 13.8 percent.

Another 18.6 percent of people surveyed answered “unsure” when asked who they would vote for if the Arizona Senate race was between Sinema, Lake or Gallego.

So, the polling looks solid, but we’re generations away from Election Day 2024—anything can happen. It’s also the Democrats’ nightmare regarding this race since their Senate map next cycle has the potential to devolve into a killing field. No joke—if the GOP cannot retake the upper chamber in 2024, given how favorable that map is—the party should retire from politics.

Lake did have the benefit of personal attack ads portraying her as insane fall short since people knew her personally for years as a television journalist. She was in the home of Arizonans for decades, but that might have degraded a little bit, especially as she carried on her legal fight over the 2022 results. This could be another opportunity for a comeback, but the GOP and its operative class must get a ballot harvesting scheme going, along with the other aspects of running a campaign.