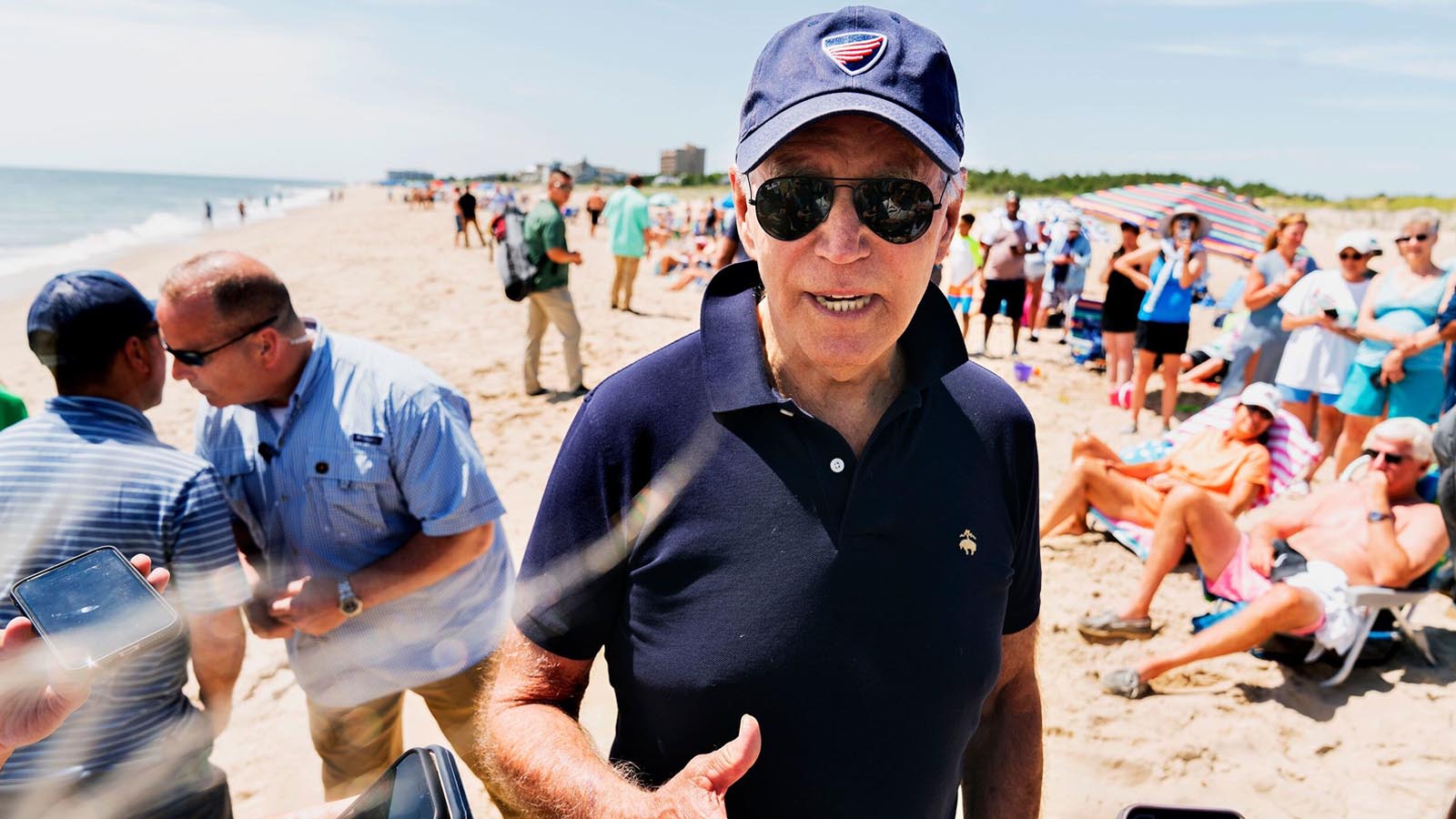 It’s no secret that President Joe Biden loves a vacation, and seems to prefer being anywhere but the White House even during national and international crises. Biden’s previous jaunts out of town saw him remain away from the Oval Office during much of the chaos that developed amid his disastrous withdrawal from Afghanistan — often returning to the West Wing just long enough to deliver a speech before getting back on Marine One to leave home again. More recently, Biden’s vacation to South Carolina while Americans struggle under 40-year-high inflation and a three percent-plus cut in real wages put an exclamation point on how little he apparently cares to project the image of a steady leader at the helm or empathize with Americans. No matter how it looks, Biden just can’t seem to quit his frequent, often weekly, trips out of town.

Now, with Biden’s party staring down the barrel of what are expected to be brutal midterm elections just three weeks away, Biden hasn’t changed up his routine in what could be characterized as another political crisis for the president: his future ability to carry out a legislative agenda hangs in the balance of power in the House and Senate.

According to fresh reporting from — of all places — CNN, President Biden has been away from the White House at one of his two Delaware properties for more than 25 percent of his less than two years in office:

Some 21 months into his term, Biden has made 55 visits to Delaware, totaling some or all of 174 days as of Sunday, according to a CNN analysis of presidential schedules and a tally kept by Mark Knoller, the longtime unofficial statistician of the White House press corps. In addition, Biden has made 19 visits, or all or part of 64 days, to the Camp David presidential retreat in rural Maryland.

Meanwhile, members of Biden’s party appearing on midterm ballots next month find themselves trying to make the case for election despite an economy in ruin, foreign embarrassments, an unsecured southern border, spiking crime, rampant drug overdoses, and a leader who can’t be bothered to skip a weekend at his beach house to work meaningfully on any of the aforementioned issues.

As CNN points out, Biden’s frequent escapes are more than just politically problematic for midterm Dems but the party as a whole after the president’s party made much ado about trips former President Donald Trump took. Granted under Trump, there were no new wars, inflation was basically nonexistent, and the border was secure so there was little else to talk about — but still, Democrats set the rules and now they have to live by them. Which, to their credit, CNN acknowledged:

He has now surpassed even the getaway time of former President Donald Trump, so often criticized by Democrats for his regular departures from the White House to stay at one of his personal homes. At this point in his tenure, Trump had spent about 135 days at either his Mar-a-Lago resort in Palm Beach, Florida, or his home at his golf club in Bedminster, New Jersey. Trump also had spent 23 days at Camp David.

So Joe Biden is a president on the run, more so than Donald Trump, but he’s not tearing around the country in support of his party’s candidates in a bid to retain narrow majorities to allow more of his legislative agenda to get through in his first term. As Townhall reported previously, Biden has made fewer campaign trips to date in his first midterm election cycle — due in part to his desire to spend more time in Delaware — than Trump or Obama.

Obama traveled to 78 cities between January and the end of September in his first midterm cycle, hosting fundraisers in 16 cities, while Trump hit 57 cities and held 27 fundraisers in his first midterms. Biden, by comparison, has only visited 47 cities and held 11 fundraisers in the first nine months of 2022. And his lack of presence on the trail — while surely a blessing for some vulnerable battleground Democrats — is also reflected in the number of Democrat groups being forced to triage their midterm spending to prioritize fewer races while the GOP expands their midterm map.

For Biden, it’s somewhat unsurprising to see him leaving his party high and dry as the midterms enter their final stretch. While Americans’ investment accounts tumble into the red and their wages fail to keep up with inflation, Biden hosted celebratory gatherings and even a concert with Elton John at the White House. It’s fitting, then, that as Biden’s fellow Democrats watch their careers in elected office snuffed out by a red wave, Biden is more likely to be relaxing at his homes in Delaware than working on solutions in the Oval Office or fighting for votes on the campaign trail.