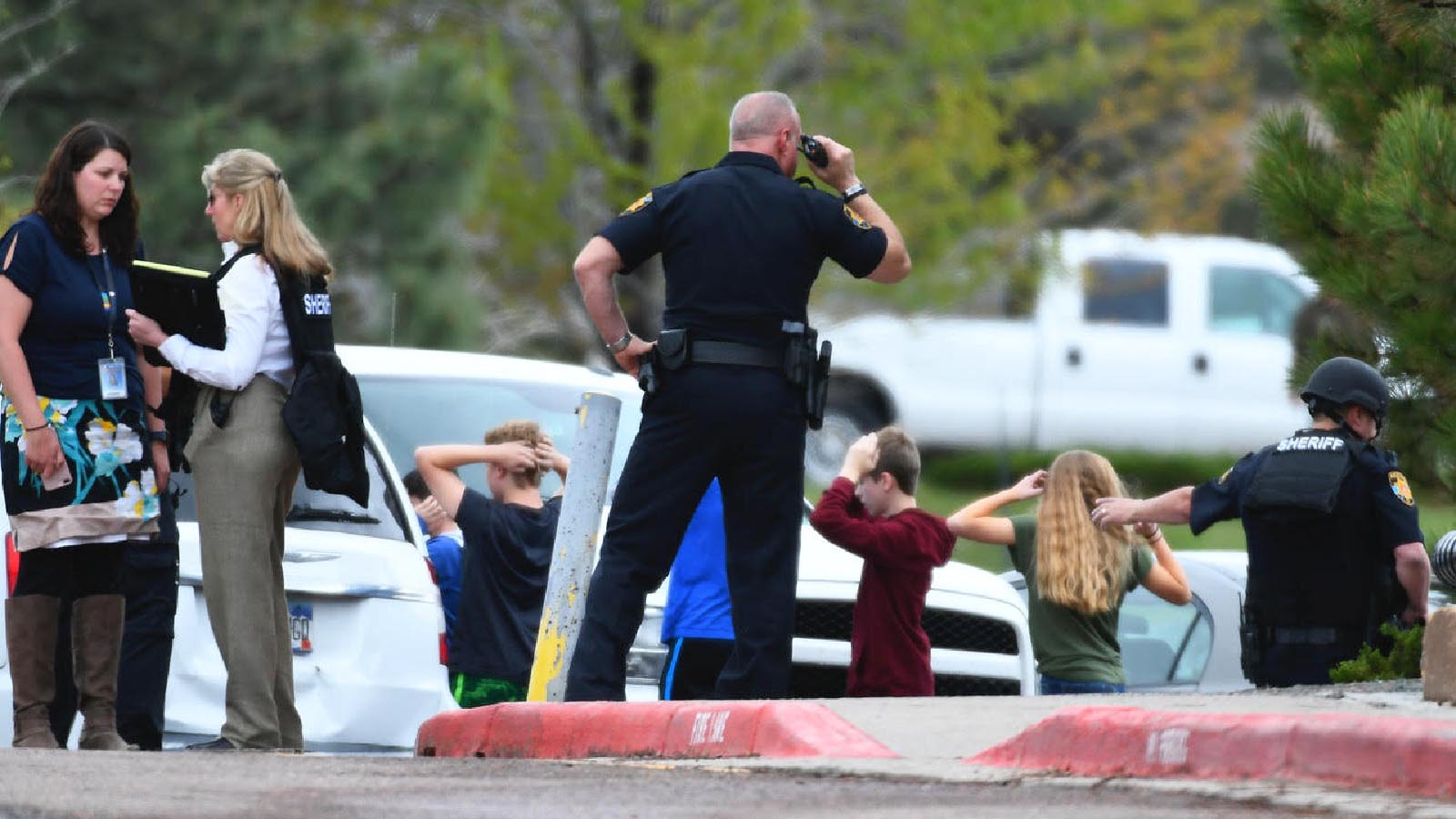 The border city of Uvalde, Texas is mourning. Salvador Ramos, 18, shot and killed 19 fourth-grade students and two teachers at Robb Elementary School. They were all in one classroom. It’s a heinous crime. It’s a Sandy Hook-like situation. Ramos shot his grandmother before this rampage. The grandmother is said to have survived. We’re going to hear an earful about gun control, so-called assault weapons bans, and other anti-gun talking points from Democrats. And the result will always be the same—Americans will not torch their rights to appease a political class lusting for more power and control, especially after the COVID lockdown fiasco. NONE of the COVID protocols were effective. The lockdowns did next to nothing to reduce the mortality rate. The one policy that has been effective is having police officers at schools.

School resource officers is not a new policy. Sandy Hook adopted it after Adam Lanza’s equally evil shooting in Newtown back in 2012. It’s backed by the National Rifle Association. It has a proven track record. For years, we’ve had stories of these brave officers stopping would-be school shooters. Does it stop all of them? No, some manage to pop off a few shots but the level of carnage is not catastrophic when SROs are present.

In 2018, a school shooting in Ocala, Florida was limited to only one student being injured thanks to a school resource officer (via CBS News):

A Florida school resource officer is being praised for quickly confronting the gunman during a shooting at a high school that injured one student … The shooting happened … at Forest High School in Ocala, which was put on lockdown. The wounded student, a 17-year-old boy, was taken to a local hospital for treatment of a non-life threatening injury to his ankle.

Marion County Sheriff Billy Woods said Long heard a loud bang about 8:39 a.m. and immediately rushed to the source of the sound. Within minutes, at about 8:42 a.m., Long reached the shooting scene and the shooter was in custody, officials said…

At Dixon High School in Illinois, also in 2018, a school resource officer was able to shoot a gunman before anyone else was harmed (via NYT):

A school shooting may have been narrowly averted … — thanks in part to the quick response of a school resource officer, who shot a gunman before anyone else was harmed.

The authorities in Dixon, Ill., said the officer, Mark Dallas, was on duty at Dixon High School near a gymnasium, where students were gathered for a graduation rehearsal, when he heard gunshots at 8:06 a.m. He confronted the gunman, chased him out of the school and pursued him down a nearby street, the police said.

The gunman, a student at the school identified as Matthew A. Milby, 19, of Dixon, shot at the officer but missed, the police said. Mr. Dallas returned fire and struck Mr. Milby, who was taken to a hospital for non-life-threatening injuries.

Another would-be shooter in Maryland was stopped by a school resource officer. This also occurred in 2018 (via Baltimore Sun):

As school systems across the country debate arming staff, state and local officials praised the actions of the school resource officer who fired at a gunman at Great Mills High School.

Gaskill. Police said Austin Rollins, 17, shot at two other students who were injured. Gaskill fired at Rollins, who almost simultaneously fired his handgun, Cameron said. Investigators are still trying to determine which bullets struck which individuals.

Rollins died at a hospital.

Gaskill was not injured during the incident, which unfolded in less than a minute.

In 2021, a school resource officer stopped a shooting at Hinkley High School, keeping the suspects in the parking lot. Three teenagers were injured in the attack, but no fatalities (via 9News):

APD said in a release that dispatchers began taking 911 calls about a shooting at Hinkley High School just after noon Friday. An APD school resource officer and an Aurora Public Schools (APS) security officer were already there and were the first to respond, according to police.

Officers found a teenager in the parking lot who had been shot, police said, and they were taken to the hospital. The other two teenagers who were shot got themselves to hospitals soon after that, according to APD. Chief Vanessa Wilson said in a media briefing that their injuries did not appear to be life-threatening.

In 2013, at Arapahoe High School in Centennial, Colorado, Karl Pierson tried to commit a mass casualty event. It only lasted 80 seconds after he was confronted by a school resource officer. Tragically, he was able to kill one student. Pierson intended to kill as many as possible according to authorities at the time. In 2022, officers present in this school district appear to be not as frequent due to staffing issues.

It’s a deterrent. It works. These SROs either stop shooters before they’re able to open fire or severely restrict an attacker’s ability to commit a mass casualty event. There is a years-long track record of police stopping would-be school shooters within seconds of trouble. Marjory Stoneman Douglas is a different situation since the school officer assigned did nothing, which led to his firing. Every other officer in this position has responded and neutralized the threat.

Also, there are other issues like authorities not enforcing the law prior to known troubled persons when it comes to firearms purchases but that’s a tale for another time.

In all, three words that describe a good policy to keep our schools and students safe from would-be killers: school resource officers.