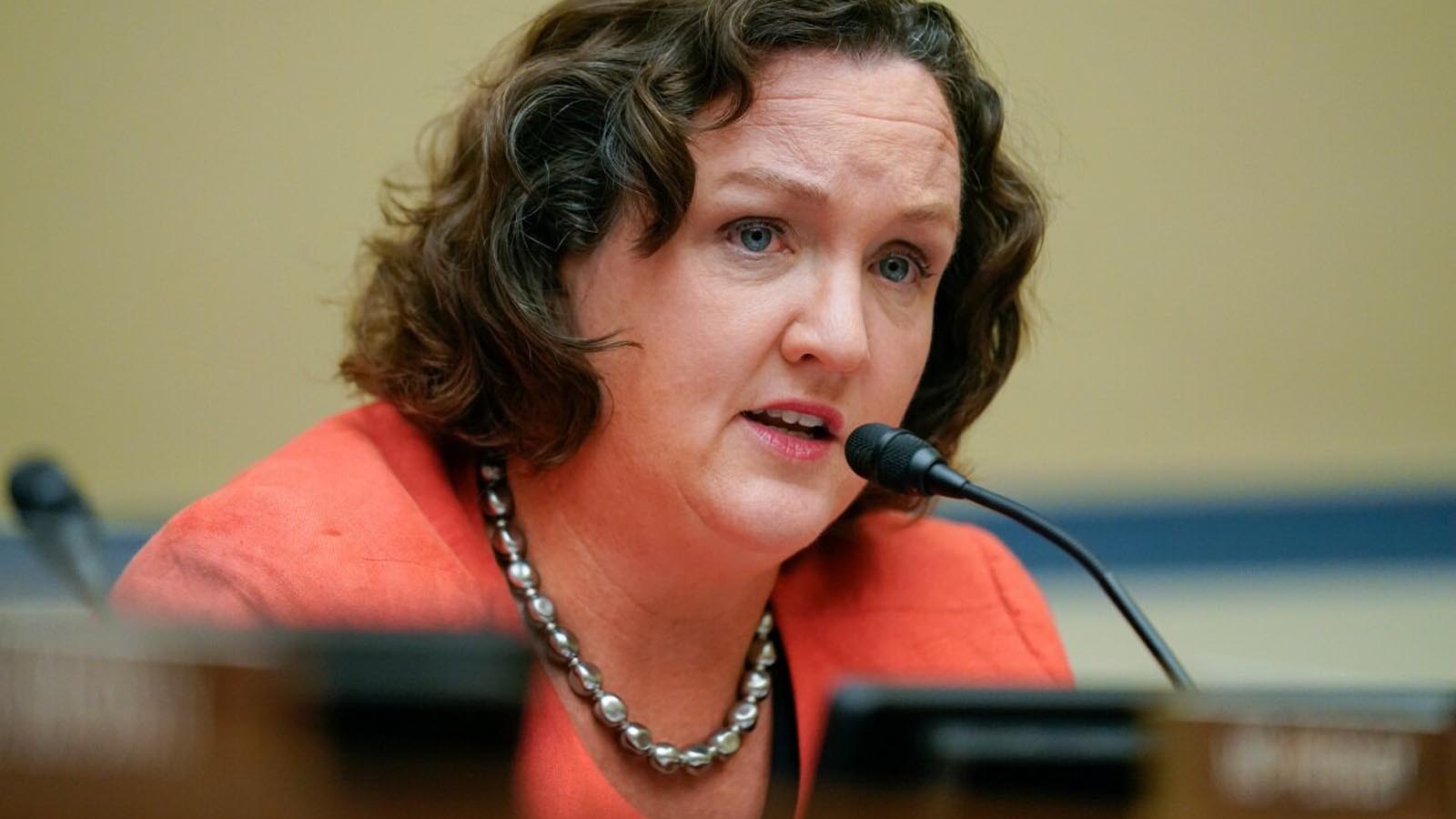 It isn’t anything illegal, but it’s a case of alleged serial workplace abuse that would be plastered all over the press if the member of Congress in question were a Republican. Instead, it’s a prominent Democrat from California whose history of abusing her staff is widely known, though no one cares about it due to political allegiances. It’s like the palace intrigue that surrounded Sen. Amy Klobuchar (D-MN), which was an open secret among Hill staffers, though unearthed in full when she ran for president in 2020. Former congressional candidate and reporter Matthew Foldi wrote in the Spectator about this looming scandal that no one in the mainstream press wants to cover. It involves Ms. Katie Porter from California, who berated a staffer for reportedly giving her COVID and several other unpleasantries. 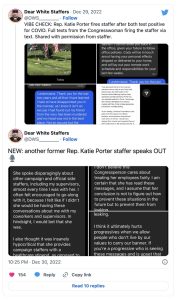 It’s not an isolated incident, and if the media is wary of the source, which is the social media account Dear White Staffers, then why did Politico pen a glowing feature about it? Dear White Staffers exposes the bad guys and gals on the Hill, something that Foldi mentioned when wondering why everyone has seemingly avoided this story, even though they have more than enough source material to corroborate the claims. The most damning against Rep. Porter is her alleged remarks against African Americans (via The Spectator):

Katie Porter, darling of the liberal media, is having a rough couple of weeks. The California congresswoman has recently been accused of: firing an employee who allegedly gave her Covid; using racist language, and fostering a hostile workplace. These are explosive allegations to be levied against a high-profile Democrat, yet the general public would never have heard of any of them were it not for an anonymous Instagram account that did the job of the entire DC press corps.

“Rep. Katie Porter fires staffer after both test positive for COVID,” Dear White Staffers posted last week, sharing Signal messages purporting to be from Porter’s now-former staffer where the congresswoman berated her employee. “Well you gave me Covid,” Porter’s messages read. “It took you not following the rules to get me sick.” Porter’s office subsequently confirmed that the staffer was punished, but argued that she was simply banned from ever returning to in-person work and was not immediately terminated.

Porter’s staffer, the office’s Wounded Warrior Fellow named Sasha Georgiades, told Porter that she forgot to follow Covid protocols because one of her friends had just been murdered. This apparently did not matter to the congresswoman. The eye-popping account of Porter rebuking Georgiades was just the first of her problems. Dear White Staffers has issued follow-up post after follow-up post, where former Porter staff tear into the progressive icon.

The problem is, for journalists — especially in the Capitol Hill press cartel — open secrets are actually no fun once they become public knowledge. Congresswoman Porter can be a horrible boss for years, run for reelection in a competitive House race receiving national attention and get away with it… if it wasn’t for an anonymous Instagram account? I’m not sure that’s what students paying over $70,000 for a journalism degree are taught.

The same journalist explained that since anonymous accounts like Dear White Staffers are not reporters, their work is “not journalism because it’s not verified. But it can LEAD to good reporting.” Yet that isn’t even the case with Congresswoman Porter. Dear White Staffers followed up on its scoop by posting a message from another purported Porter staffer, who claimed that Porter says “rude/racist things (anti-black esp)”; outside of conservative media, this claim isn’t even reported. In another follow-up post, the account posted a message from someone claiming to be a former Porter staffer who “can confirm what prior staffers said.”

“I can also personally confirm that sexual harassment is not taken seriously and is swept under the rug,” the anonymous poster further claimed. In a different post, Dear White Staffers shares a message from someone who claims to be a former Katie Porter staffer who wrote that “this is just the tip of the iceberg in how abhorrently and abusively she treats staff… she’s prone to fits of rage, regularly disparages anyone who even slightly disagrees with her or displeases her, and is incredibly arrogant, mean spirited, and petty.”

Of course, it’s possible that Politico had spent years with a dedicated investigative team working around the clock for months in an attempt to stand up or debunk the rumors of Porter’s conduct. But does it seem likely?

In fact, in the irony of ironies, Politico clearly reads Dear White Staffers — it’s run multiple stories about the account, and even published a glowing profile of its author, to whom it granted anonymity!

Unless Porter runs for higher office, I don’t think much coverage will be devoted to the alleged workplace misdeeds and racist remarks from a California liberal. More people will be aware of it, but that’s about it. Los Angeles City Council members were caught making atrocious remarks against blacks last Fall. Some fallout did get media attention and public outrage, but some members have remained in their positions. Nothing will happen here, but Foldi’s question remains salient.