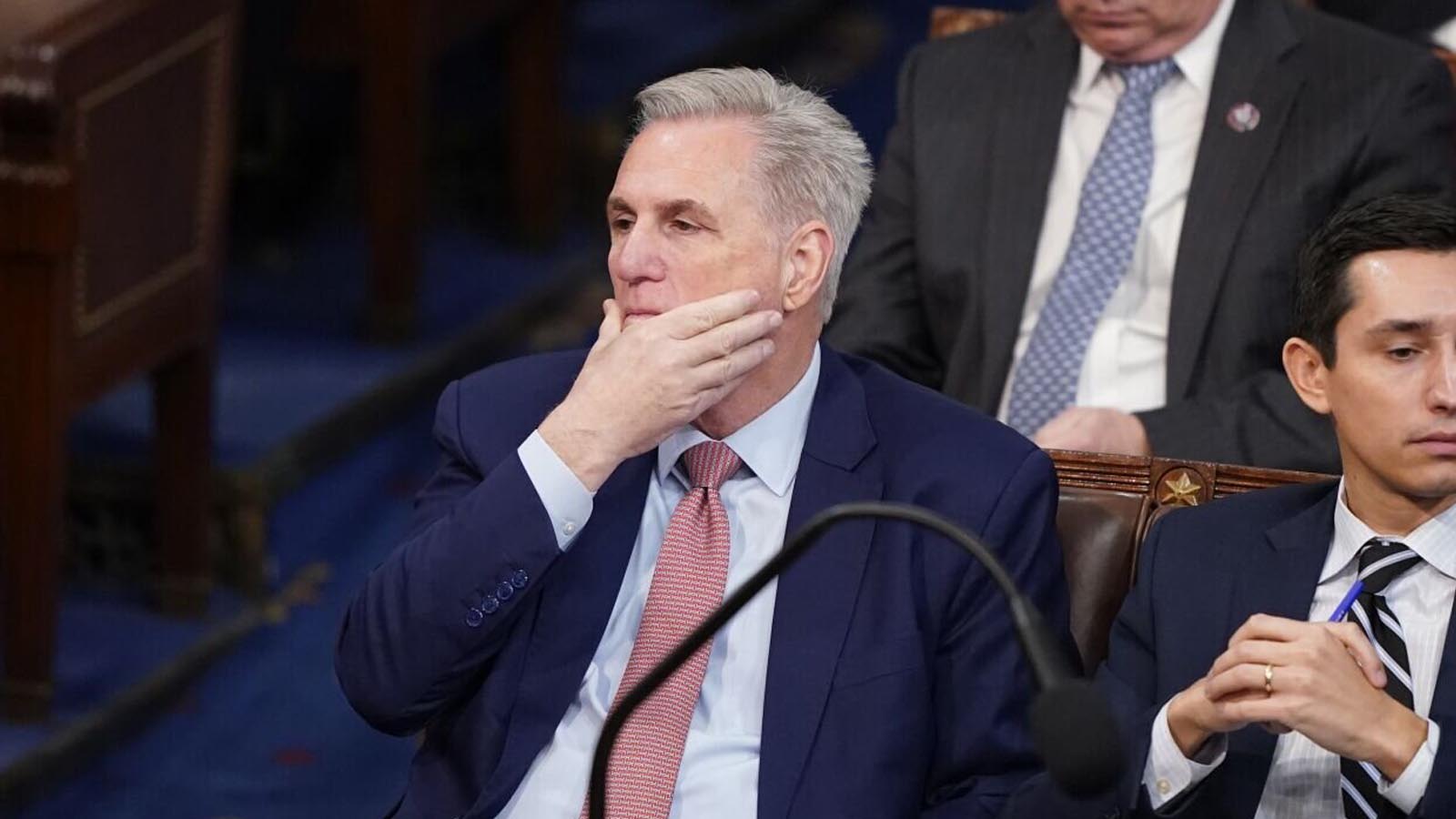 The fate of Speaker-designate Kevin McCarthy (R-Calif.) is hanging by a thread as a group of nearly 20 House GOP lawmakers voted against him for the top spot on the first ballot to become Speaker.

While the vote has not been closed, the results point to the level of opposition to a McCarthy Speakership within the GOP conference.

McCarthy has vowed he will fight it out on as many ballots as it takes, but his failure will lead to questions about whether Republicans need to move to a different candidate to unite their members.

Here’s a few lawmakers to keep an eye on.

If everything goes to hell for McCarthy, Scalise is viewed as the natural second option to become Speaker.

The Louisiana Republican has been in the national spotlight ever since he rose to prominence following the 2017 shooting during practice for the Congressional Baseball Game that left him severely injured. However, the incident gave him cache and a standing unlike most non-McCarthy members in the House Republican conference.

For years, Scalise has attempted to tamp down any chatter of a rivalry with McCarthy. He’s been a solid ally of McCarthy’s dating back to 2018 when then-Speaker Paul Ryan (R-Wis.) exited Congress. He has also stood shoulder to shoulder alongside him throughout the past year and in recent weeks, having vowed to support McCarthy to the end.

It’s also unclear if Scalise would get to 218 votes on the floor.

Much of the issues with McCarthy have been centered on how GOP leadership has operated in recent years — which Scalise has, of course, been a key cog in for the past decade.

Rep. Don Bacon (R-Neb.), a leading moderate, on Monday cast doubt over whether Scalise himself could win the Speakership.

“I don’t know,” he said, adding that Scalise and McCarthy are “very similar.”

“They’re almost, to me, they’re the same. They represent a lot of the same ideology, and they’ve built this team together,” Bacon said. “So what’s the purpose of them demanding Kevin to step down?”

On the plus side for Scalise, he has the structure to plug into the Speakership, including a whip counting effort that’s been up and running for years and a top fundraising apparatus. But getting the Speakership would be the big first step.

Jordan is widely considered the leading conservative in the House, but winning the gavel would be an incredibly high bar for him to clear for a multitude of reasons.

Memories are long on Capitol Hill, and despite Jordan’s status now as an ally of McCarthy and GOP leadership, the incoming chairman of the House Judiciary Committee is still known more for being a rabble-rouser than someone who could lead the conference.

Jordan has run for the top spot before. He launched a futile bid to replace Ryan as Speaker in 2018 and, subsequently, to become minority leader once Democrats won back the House months later. But he was never considered a true contender, having lost to McCarthy 159-43 at the time.

Could that lead to more votes in subsequent tallies?

Consider this the break-glass-in-case-of-emergency situation for House Republicans.

McHenry, the former deputy whip to Scalise during Ryan’s tenure, has always been considered a ladder-climber during his years on Capitol Hill, having arrived as a conservative willing to create trouble and becoming a top member on the leadership team and, now, an incoming committee chairman.

However, McHenry has made it clear for months: He wants zero part of this job. Perhaps less than zero, if that’s possible.

There’s a reason why he came out in April and announced his intentions to seek the top spot on the House Financial Services Committee instead of a spot in leadership.

But if McCarthy goes down and the white smoke doesn’t arrive for Scalise, don’t be surprised if chatter increases for the North Carolina Republican to take the job — and if he sprints away from that talk just as fast.

Unknown/Mystery/Your Guess Is As Good As Ours

Outside of those options, the question of who could win is the ultimate guessing game.

Talk of a compromise candidate, be it on an interim basis or a choice decided on by moderate members with the help of House Democrats, has largely been swatted away, especially as some centrists have grown bullish in their support for McCarthy.

Outgoing Rep. Fred Upton (R-Mich.) was floated by Bacon, but he told reporters last month that he wouldn’t even be around the Capitol for the Speaker’s vote and would instead be on a ski trip.

Adding to the issues on a compromise candidate, Democrats have made it clear they will support Rep. Hakeem Jeffries (D-N.Y.) in every vote and only Jeffries, pretty much eliminating that possibility.

There is also the oft-mentioned hypothetical that a non-House member could become Speaker. It is technically true. But most think that’s extremely unlikely to happen.