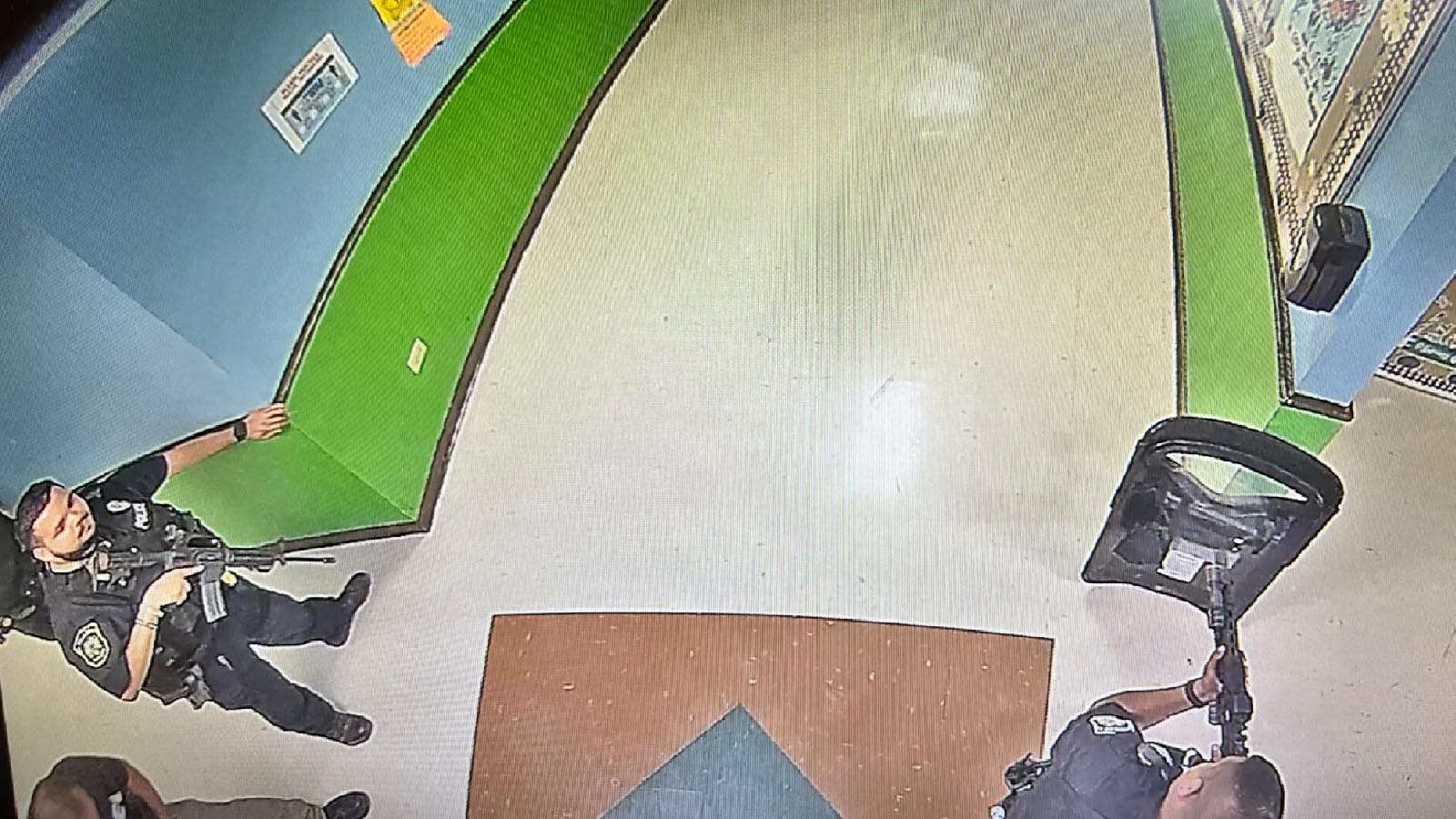 The first look inside the Robb Elementary School in Uvalde, Texas, the site of a horrific mass shooting that killed 19 schoolchildren and two adults in May, has been released.

“New surveillance video is shedding new light about what equipment officers had,” KENS 5 in San Antonio reported. “And when this screen grab of the video was just tweeted by Tony Plohetski, a reporter at our sister station in Austin, you can see multiple officers inside the Rob Elementary hallway with rifles and at least one shield,” the reporter noted.

“This is timestamped at 11:52 AM the day of the shooting, but law enforcement did not break into the classroom until 12:50 PM. That’s 58 minutes later as officers waited in the hallway, children were inside the classroom calling 911, begging for help,” the report continued.

“Tony Plohetski reports, investigators believe this shows officers had more than enough equipment to break into the classroom sooner than they did,” the report added.

Plohetski tweeted a screenshot from the video.

BREAKING: Multiple officers were inside Robb Elementary School with rifles and at least one ballistic shield at 11:52 a.m. the day of the shooting, new video and other evidence shows. They didn’t enter the classroom for another 58 minutes. More soon via @statesman and @KVUE. 1/2 pic.twitter.com/0BcYgq2hcQ

Meanwhile, a new report from WFAA reveals that police did not even try to open the doors where the shooter was inside. A lieutenant with the Texas Department of Public Safety later confessed that the police officers refused to intervene sooner because “they could’ve been shot.”

The timeline of events shows that the Uvalde shooter was inside the school for nearly 80 minutes before law enforcement stopped his attack.

Now, it gets even worse: The police officers were fully armed and capable of taking on the mass shooter, as their training at the school instructed them to do. There were reportedly 19 police officers at the scene who waited for over an hour for a janitor to give them a key. This surveillance video is just further indication that the police officers have no excuse for failing to act.